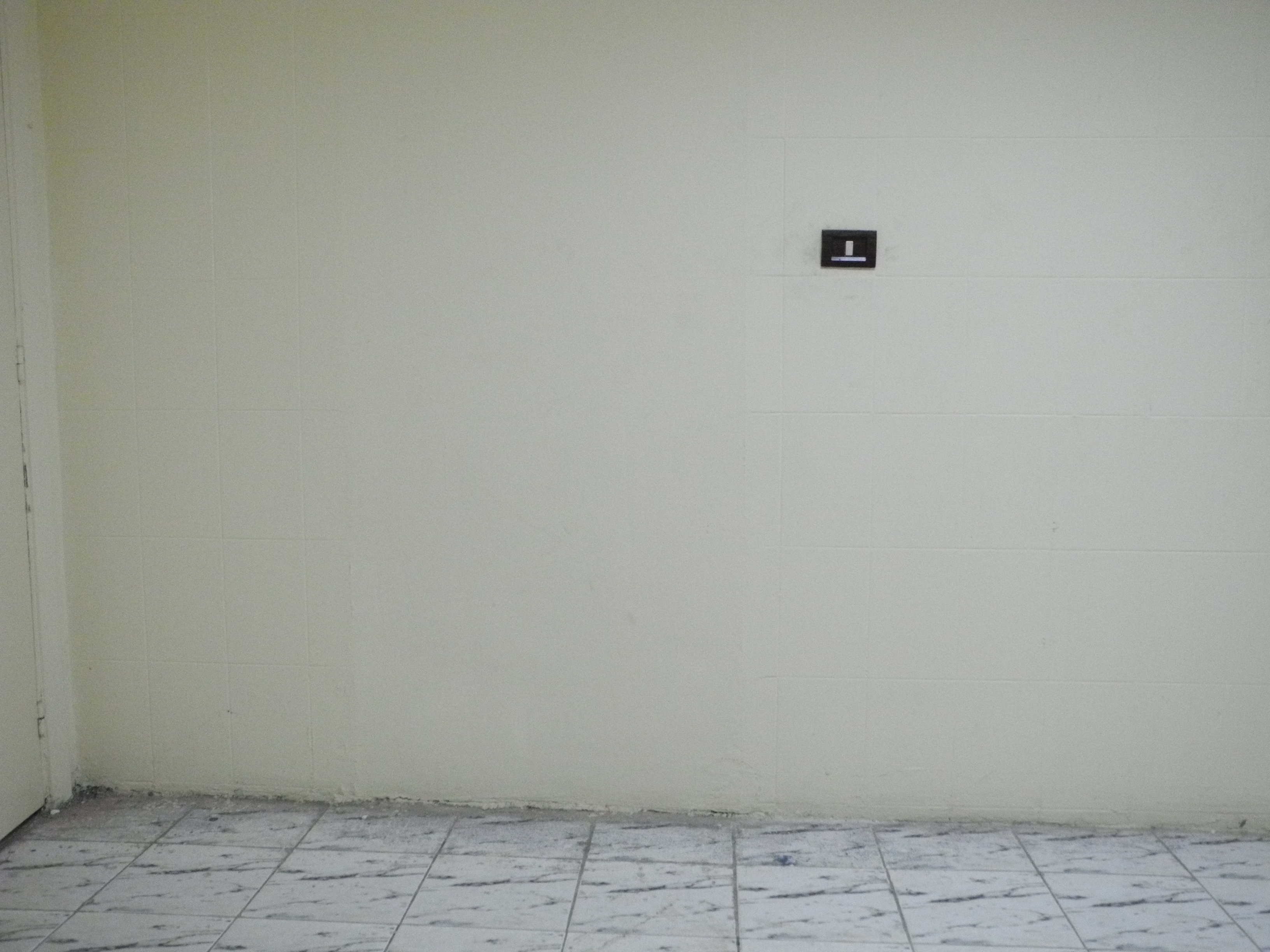 Cairo’s latest gallery, In Your Face, opened last night with the presentation of their first exhibition: No Kidding. The gallery, located in one of the wide, tree lined streets of Imbaba, is the brain child of two housewives-turned-art-connoisseurs who prefer to remain anonymous but were happy to talk about their first exhibition.

Cairo’s art scene was well represented during the unveiling of the work by the artist formerly and currently known as #%# and all three of us waited with baited breath for the moment where the gallery owners would remove the flowered sheets that covered the walls.

After warmly welcoming us to the gallery one of the owners gave a little presentation about the artist and the motivation behind the collection. “I have known #%# all its life, since it is one of my children, and from a young age it showed it had artistic talent,” she said. “At the age of five-and-a-bit it decided that in order to fully develop its potential, and avoid the merciless teasing of its siblings, it would forgo its name, gender and identity, which is why it will not be present tonight but we are confident that the work will speak for itself. Will speak for the work, not for it the artist,” adding the last to avoid any confusion.

After this charming intro the co-owner did the honours and flung the bed sheets to the side to reveal the completely empty walls of the gallery. I wandered around a little and examined the newly painted, cream coloured walls, the little paint splatters on the floor and the overhead lights that singled out portions of the wall and put other areas in a slight shade and was very moved by what I saw. The wall on the left, right next to the entrance, had a depth and structure that evoked a deep emotion. Surreptitiously drying my eyes I made my way to the owners of In Your Face for a short interview.

“We have lived next door to each other for many years,” one of them said, “and have tried our hand at several business ideas in the past. We had a small kiosk where we sold our children’s old socks and hair bands, we offered marital advice to our neighbours and had an old-cooking-oil exchange service but none of them brought us the income we had hoped for.”

Smiling happily the other owner continued: “Once we realised #%#’s artistic potential we knew that we could help it to become famous and make money at the same time. We visited several of our competitors to have a good idea of what a gallery should look like and then converted the empty supermarket on the ground floor of our building into In Your Face.”

Asked about the name the women admitted freely they had no idea what it means since they do not speak English but they asked a cousin who does to come up with something pithy and they liked the sound of it.

The women are passionate about the work displayed in this first exhibition. “No Kidding, and no, we also do not know what that means, took a few months to put together. While the artist worked we haggled with workers and argued about the colour of the paint but in the end it all came together.” The artist’s mother said: “My child was inspired by the revolution as any of the other artists in town and it feels strongly that its work represents a new take on what art is.”

When I shared how one particular piece had made me feel one of the owners patted me fondly on the cheek and said: “This is exactly what the artist was aiming for.”

“It feels it is its responsibility to create work that evokes emotion and makes people think. We have a workman or two with hammers on standby for anyone who would like to purchase one of the pieces.”

The No Kidding exhibition will run until the end of the summer or until all the walls have been torn down.