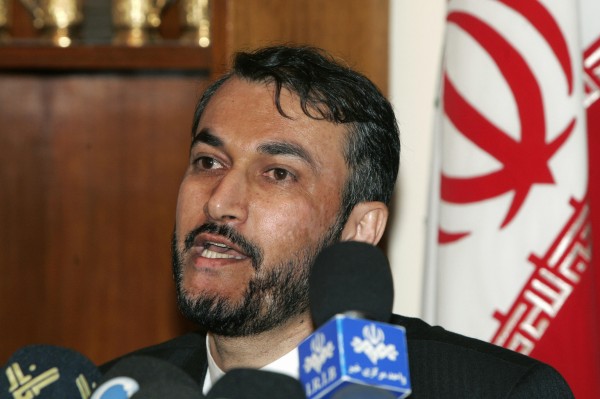 Iran’s Deputy Minister of Foreign Affairs for the Middle East, Hossein Amir-Abdollahian, denied that his country has any intention of interfering in Egyptian affairs.

At a press conference held in Cairo on Monday, Amir-Abdollahian said that Iran does not have any sectarian interests in any aspect of Egypt’s internal affairs, reported state-owned news agency MENA.

Amir-Abdollahian, according to MENA, denied reports that Iran is attempting to interfere in Egyptian mosques. He described these accusations as false, fabricated, and an attempt at provoking Iran.

Iranian state news agency FARS published a letter in February, which was allegedly sent to President Mohamed Morsi by advisors to the Iranian Grand Ayatollah, offering him advice on building an Islamic state. Morsi’s office denied that such a letter was ever received.

During his visit to Cairo, Amir-Abdollahian also met with United Nations and Arab League Special Envoy Lakhdar Brahimi. “The visit to Cairo was aimed at consulting with Egyptian officials and some regional figures,” he said, according to MENA. Amir-Abdollahian also met with Kamel Amr and Secretary General of the Arab League Nabil El-Araby on Sunday.

AFP reported on Saturday that Iraq would increase searches of Iranian flights to Syria following information coming to light about the movement of weapons. The Syrian Economic Task Force claimed in February that Iran had been shipping oil and weapons to Syria via Egypt’s Suez Canal.