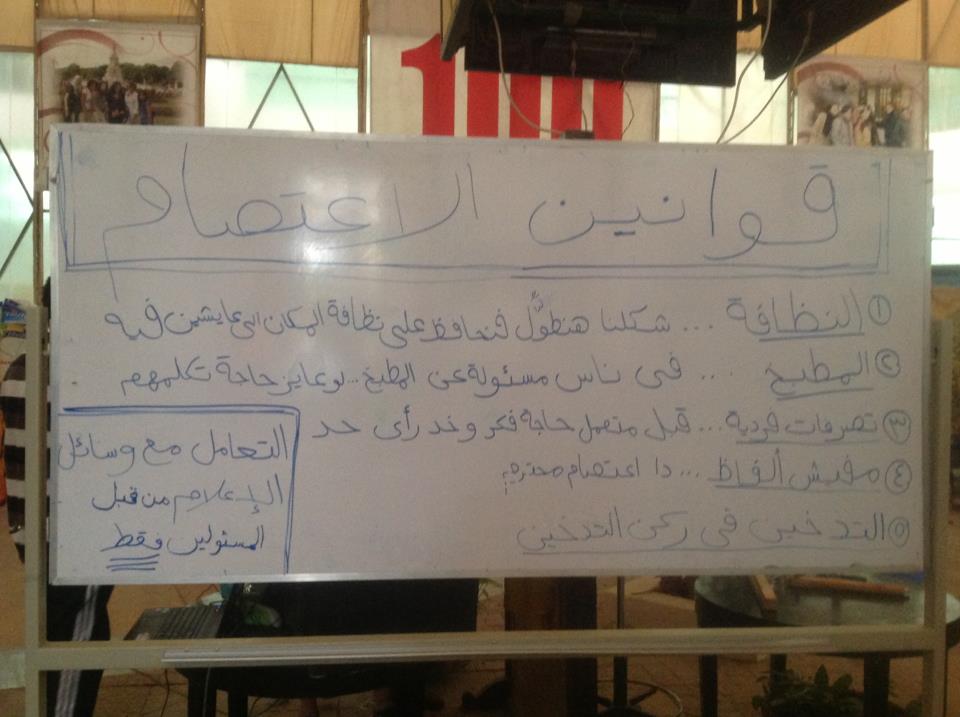 Students of the Misr International University (MIU) held a press conference on the university’s campus on Monday to condemn the violence they were subjected to and call for the resumption of classes.

Clashes broke out between protesting students and security forces last week after a sit-in by students when none of their demands were met.

The press conference featured statements by the student movement and the head of the student union. Students demanded that classes resume as soon as possible.

Mahmoud Domyati, a student protester, said: “We called upon the university administration, the Ministry of Higher Education, the students’ families and the students who aren’t taking part in the sit-in to help us resume classes.”

Classes have been suspended until further notice since the violence broke out last Tuesday. The administration is refusing to resume classes until the sit-in is resolved, Domyati said.

“Our sit-in occupies no more than 0.1% of the campus area,” Domyati said.

He stated that negotiations are being held between students and research assistants, the latter negotiating on behalf of the administration. “The administration is refusing to let go of University Vice President Hassan Hamdy,” Domyati said.

Other than Hamdy’s resignation, protesting students have also been calling for the resignation of administration member Ali Abu Bakr, accepting the resignation of the university security director and cancelling the decisions to suspend students as a result of the latest clashes.

Student demonstrations began in early March demanding the construction of a pedestrian bridge over the highway near the university.