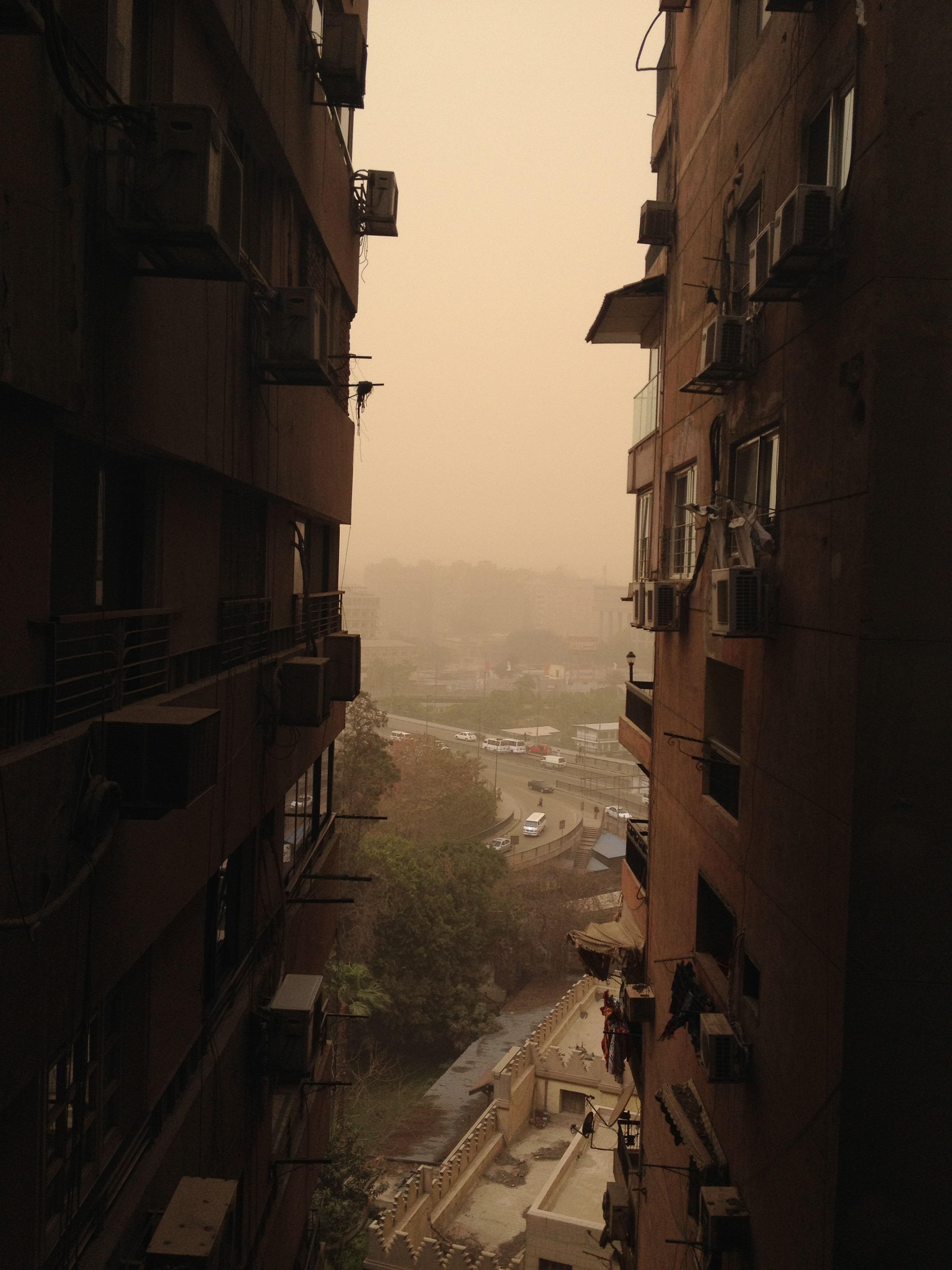 You go to sleep one lovely spring day; the weather is clear and not too hot. You feel great and ready for the day to come. You wake up and the world has turned into a yellow canvas of doom. Congratulations: you have witnessed the Khamaseen winds.

Khamaseen in Egypt, or Khamsin in the rest of North Africa, means fifty in Arabic. The dry, stuffy and dust-filled winds usually persist for 49 days, and that is the reason behind the name. You can thank the Sahara for this delightful present. Atmospheric depressions move the sands of the great desert and blows it eastward, in the direction of Egypt, the rest of North Africa and the Arabian Peninsula.

The Khamaseen winds do not usually blow consecutively, so you have the added delight of a dusty day surprise since weather forecasts usually fail to predict the winds. The Khamaseen winds have played havoc on the plans of former colonisers in Egypt. It is said Napoleon’s troops were blinded by the Khamaseen sandstorms, and there are many stories of how the various forces from Allied and German armies struggled through the sand-filled winds in World War II.

The Khamaseen winds come bearing gifts: a hefty number of insects, including mosquitoes and moths, as an added bonus. In addition, while the dust blocks out the sun so it does not beat mercilessly on our heads this certainly does not mean the weather is fine. It is usually hot and sweaty, with winds that push you off the sidewalk. So, by the end of the day, your hair is all puffed up and dirty, your nose is filled with horrendous dirt and you still cannot really see the other end of the pavement.

Speaking of sight, it is extremely difficult to see anything on the highways with the abundance of sand and dust in the air. The sandy winds make for very foggy roads that encourage accidents, so caution while driving is advised. To be honest, if you can avoid driving on highways during a Khamaseen storm, it is best to do so.

However, while all this may seem depressing and suffocating not everything is lost. If you are a Sci-Fi fan, you can pretend you are on the desert planet of Tatooine. Yes, the homeland of Anakin or Darth Vader. So, prepare the light sabers and have fun battling the traffic, which becomes even worse than normal during these sandy days.

In conclusion, while Shakespeare warns you of the Ides of March, here in Egypt you should beware the end of March and the beginning of April.