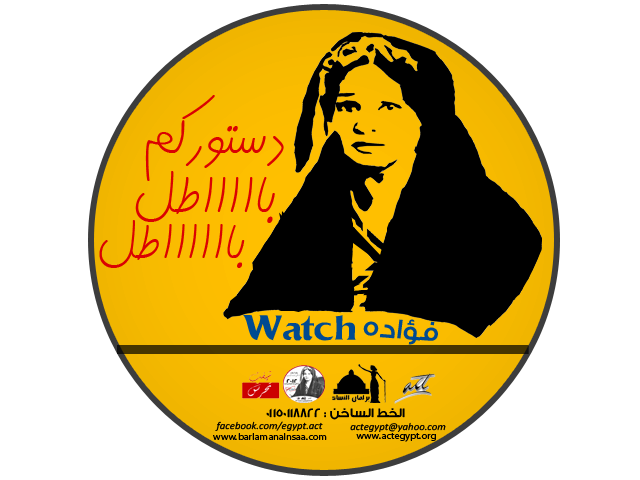 “The 8th of March of every year comes as an internationally recognised day to celebrate women, while Egyptian women celebrate their national day on 14 March in addition to this global day of female recognition. In March 2013, women were attacked and their rights were violated by the Muslim Brotherhood and the regime of President Morsi,” read the report.

The report condemned the Brotherhood’s criticism of the United Nation’s Declaration on Violence against Women, which was recently signed by Egypt. “The Brotherhood refused the declaration and claimed that it included phrases that were not discussed. This explains Pakinam El-Sharqawi’s, Aide to President Morsi, refusal of the declaration,” the report said.

Fouada Watch declared its support of Mervat El-Telawy, head of the National Council for Women (NCW), who was strongly criticised and perceived as a “Masonic enemy of Islam” by the Islamist Building and Development Party (BDP). The report also announced the group’s refusal of attempts to cancel the NCW, explaining that the Council is an important national institution defending women rights. It also asserted the important role played by El-Telawy to improve the image of Egyptian women at the meeting of the United Nation’s woman committee, according to the report.

The report included several violations and attacks against women and their rights. The mentioned violations included the attack on political activist Mervat Moussa, who was slapped on the face by a Brotherhood member in Moqattam. Additionally, it included the incident of depriving student Hebat Allah Mohamed from being honoured alongside her school colleagues for not wearing a veil.

Fathy Fareed, coordinator at Fouada Watch, said the group aims to expose violations against women to the world through reports and campaigns. He added that tracking those violations legally is not the primary purpose of the group.