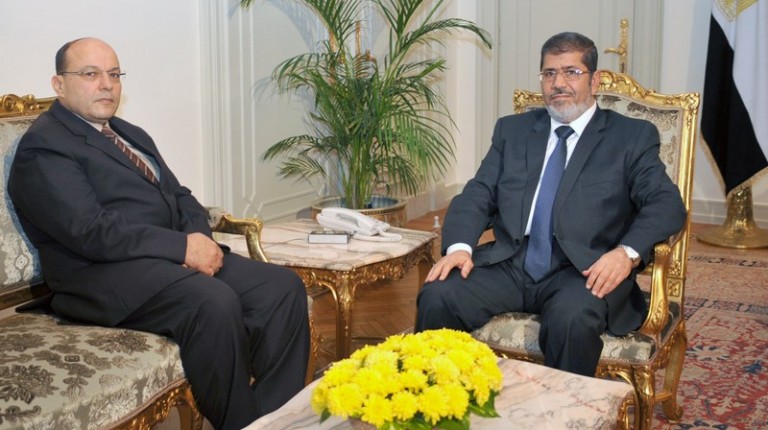 In a press conference, Fahmy told reporters that Prime Minister Hesham Qandil also remains in his position and that Egypt is currently undergoing a critical period and requires stability.

Since the verdict was issued, Abdallah has been carrying out his duties as usual. He has summoned several activists and media figures for questioning and has issued arrest warrants.

Islam Abdel Khaleq, a lawyer at the Egyptian Centre for Economic and Social Rights, said the presidential statements denote a “bold intervention in Egyptian judicial authority”. By remaining in his position, Abdallah proves his dedication to the Muslim Brotherhood and his disrespect for judicial decisions, Khaled added.

Malek Adly, an activist and lawyer, described Abdallah as “an illegitimate prosecutor general”.  Adly added that the presidency’s response to the court’s verdict shows that the institution seeks to control the judiciary.

On Tuesday, State Litigation Authority (SLA) members called upon senior officials not to appeal the verdict in “favour of the country’s interests” and to end the ongoing debate over the prosecutor general’s position.

The body said it is studying the court’s verdict before making a decision on the appeal. The SLA is the only authority capable of appealing the verdict, which must be done within 60 days of the court’s announcement.