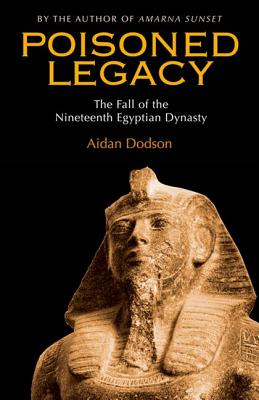 Most people are aware of Ancient Egypt’s rich, compelling history and culture, but have no knowledge of the period’s fascinating political dramas. On Tuesday 2 April, Dr Aidan Dodson gave a lecture at the American University in Cairo on the royal family after the death of Ramses II. Therein lies a drama worthy of an Emmy and better than any soap opera.

Dr Dodson points out that before the 19th Dynasty little focus was put on members of the royal family other than the king and queen. Even their offspring did not appear on tomb and temple carvings. However, starting from the 19th Dynasty, Ramses II appeared with his sons in battle on the walls of Beit-Al-Wali.

After the death of Ramses II, his thirteenth son Merneptah ruled briefly, as all his elder brothers had died. He was followed by his son Seti II, who reportedly had two wives, Takhat and Twosret, whom he married before being overthrown.  It was then that particularly intense competition over the throne began. The competition was between Seti II and Amenmesse, believed to be the son of Merneptah and Takhat.

The only existing statue, a bust of Amenmesse, is in the Metropolitan Museum of Art in New York. The rest of the statue is believed to be at Karnak. The name of Takhat is engraved on it, accompanied by a symbol of a vulture, meaning mother. It is believed that Amenmesse was the viceroy of Nubia. The symbol was then altered to read “wife” when Seti II reinstated himself as king.

A set of cartouches at a small temple in Habu show Amenmesse likening himself to Horus.  This implies that Amenmesse was trying to show that he was the true heir to the throne but was unjustly being kept away from it. Amenmesse’s rule is believed to have extended from the south up to Riqqeh, located 80km from modern Cairo, before he gained the throne.

However, Seti II made a comeback and retook the throne, then proceeded to restore his name on all the monuments. During this process of mutilation the name of his father was also erased, but Seti II did not restore it; he simply put in his own name instead. The interesting twist is that when the mummy of Seti II was examined by X-ray it did not resemble that of his father’s and grandfather’s. It might be that the mummy was mixed up with another or foul play was involved.

Seti II was followed by Siptah whose father’s identity is unknown. He was not the direct heir to the throne and therefore needed someone to enable him to be king. It is believed that the civil war did not leave any of the proper heirs alive and therefore Siptah ascended to the throne. He was supported by Chancellor Bay and Queen Twosret. Bay was also known as Irsu and is believed to have been of Syrian origin.

At the time he was just a child of 12 years old and also suffered from a disability; the left leg of his mummy appears to be atrophied and shortened. He only ruled for six years with Twosret as regent. He died at the age of 18 before he would have legally become the pharaoh without the need for a regent. He also died after the death of Bay, which has raised suspicions.

One of the theories suggested is that Twosret wanted to become ruler and so arranged the deaths of both Bay and Siptah. This is supported by the fact that Twosret’s tomb is decorated like a pharaoh’s tomb, especially the interior which appears to be newer than the exterior. It is decorated with the book of the underworld which was specific to pharaohs only.

In addition the tomb of Siptah was greatly mutilated and all the cartouches were erased, which were carved again at a later date. Twosret remained pharaoh for only a year or so before she was challenged by Setnakhte, who took the throne from her, starting the 20th dynasty.

The lecture was the second in a series focusing on Ancient Egypt’s New Kingdom. The next lecture will be held in May. Those who would like to can find more about the story in Dr. Dodson’s book, Poisoned Legacy.

My Father’s Museum: an artist’s attempt at clutching his late father’s memories