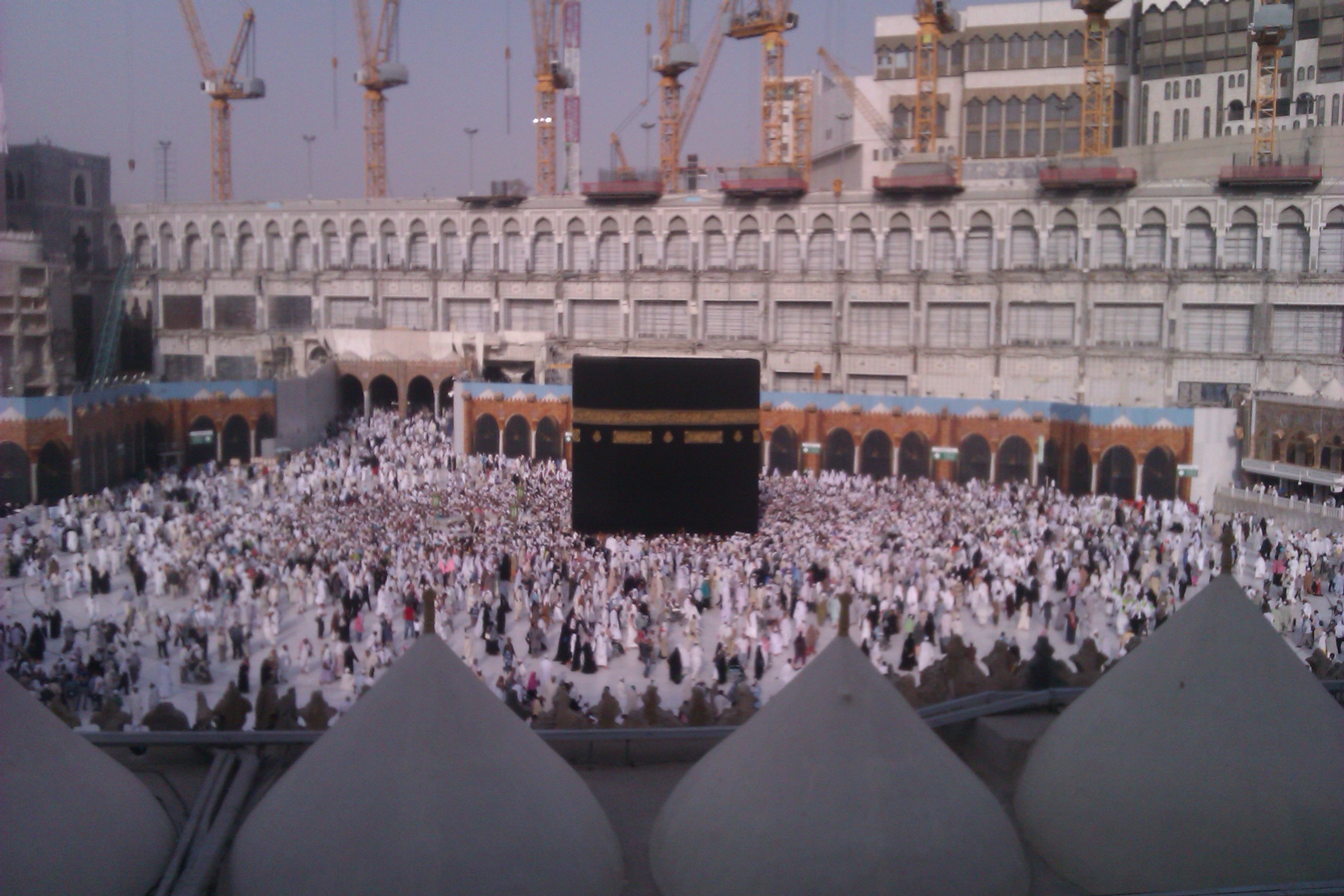 A visit to the Holy Mosque of Mecca or the House of Allah, as Egyptians prefer to call it, and Medina, with the grave of the Prophet Muhammad, is a firm wish for the vast majority of Egyptians since the arrival of Islam to the country.

Sufi Muslims in Egypt consider the annual visits to the tombs and shrines of their Sheikhs to celebrate their birthdays a kind of pilgrimage as well, but these practices are principally condemned and criticised by some ultra-conservative branches of Islam who regard these rituals as forbidden by the Islamic religion.

There are two types of pilgrimages in Islam; the Hajj, also called the major pilgrimage, which is compulsory for every Muslim who is physically, mentally and financially qualified or able. The Hajj can only take place during the first 10 days of the Hijri month of Zo Al-Heja and each Muslim is required to undertake it only once in their lifetime. The Umra, or minor pilgrimage, is optional and can be performed at any time throughout the year, even during the time of Hajj.

The essence of performing Umrah is to show total submission to Allah. The entrance to both sacred cities of Mecca and Medina is only granted to Muslims.

Whoever intends to perform Umrah or Hajj must assume the sacred state, Ihram in Arabic. For men this means they need to be dressed in white cloths while women can wear ordinary dress, but their hair and whole body must be veiled according to Islamic tradition. Fights, quarrels, wearing perfume, cutting hair or nails and killing an animal, even a small insect, are forbidden during the sacred state.

With all signs of pride and wealth removed and while carrying out the same rituals, invoking and supplicating to the same God, thousands of Muslims from all around the world, gather as equals in one place. The centre of the pilgrimage is Al-Harram in Mecca, which houses the Kaaba.

Contemplating faith in this huge gathering invokes a pure sense of Allah’s might, which the pilgrims invoke to redeem their souls and bodies and forgive their all sins. The supplication renews the Hajjis believe in God, their religion and in themselves.

Muslim’s believe that the Kaaba was built by the prophet Abraham, with the assistance of his son Ishmael, by divine orders to stand as a mark of Allah’s House on Earth. Muslims all around the world pray five times a day in the direction of the Kabaa.

The Umrah consists of only two rituals; Tawaf or circumambulation, which means to circle the Kaaba seven times in an anti-clockwise direction, and Sa’y, which means to walk seven times between the Safa and Marwa hills. In the latter they re-enact Abraham’s wife Hajar’s endeavour to find water when she was left alone there in the desert with her baby, the prophet Ishmael.  The Zamzam spring appeared from the ground as a gift from Allah to Hajar and her baby, and to this day the Zamzam spring still runs and pilgrims believe they receive a blessing by drinking the water and often bottle some to take home for friends and family.

The sacred state of pilgrimage ends after performing all the rituals and cutting a lock of hair, however a lot of men prefer to shave their heads completely.

Despite the economic problems in Egypt and the skyrocketing prices of accommodation in Mecca and Medina, with prices reaching EGP 1200 per day, the holy areas are filled with Egyptian Hajjis and Egyptians are still among the largest groups of visitors this year.

Egypt spends EGP 15 bn pounds annually on Hajj and Umrah and the number of Egyptian pilgrims has increased by 20% after the revolution to reach about 900,000 Hajjis.

Shehata Seyam, sociology professor, said that pilgrimage is rooted in the Egyptian cultural heritage, since the ancient Egyptians who used to worship different gods. “Egyptian people are instinctively religious, they have always trusted their divine beliefs and regarded their own gods and icons as the only saviours from life’s economic and social complications,” he said.

The professor justifies the increase in number of pilgrims after the revolution by claiming that it is strongly related to the current political, economic and social crisis. “Egyptians turn to Allah, supplicating his grace and mercy to resolve the currents ordeals in Egypt,” he said.

Both Mecca and Medina’s holy mosques are exorbitantly and exquisitely decorated in the Andalusian style; the interiors are comparable to the famous Andalusian mosque of Cordoba, Spain. Both mosques are air conditioned; the Saudi-Arabian government takes care of the maintenance, renovation and expansions to accommodate more pilgrims.

Each expansion or renovation carries the name of the Saudi-Arabian king under whose reign they took place, even several of the gates to the Haram, the sacred enclosure, carry the names of Saudi-Arabian rulers.

A new expansion project is currently underway in Mecca’s Haram, nearly half the area of the Haram is closed off for construction. After the work is completed the Holy Mosque will be able to accommodate about two million pilgrims at the same time. Saleh Muhammad, a Saudi-Arabian engineer said that the main intention behind the renovations is to make the Haram look more compatible with its surrounding buildings. “The government saw that the Holy Mosque’s was disappearing in the middle of the surrounding skyscrapers and hotels, so it undertook the construction to make the Haram look bigger,” he said.

The road from Mecca to Medina takes about five hours, and all there is to see is an endless yellow desert with a few hills, knolls and some pale bushes here and there. The name of the road is Hijra, or emigration, referring to the supposed same route Prophet Muhammad took during his emigration from Mecca to Medina.

The visit to Al-Medina Al-Monawara, or the Illuminated City, where Prophet Muhammad continued to spread his message until he died, is not compulsory during the pilgrimage, but staying in Medina for couple of days has become the habit of all pilgrims.

Medina is 340km north of Mecca and is honoured for housing the prophet’s mosque, where he imparted the divine Islamic teachings to his first followers, his grave and the graves of his most significant companions.

The city is centred around the Holy mosque, situated on a fertile plain. Unlike the mountainous terrains around Mecca, Medina is full of beautiful orchards and palm groves. The city is known for its kind and generous inhabitants, known as the descendants of the prophet’s companions, who are always ready to aid the pilgrims.

The Haram courtyard is surrounded by exquisite five star hotels, and the cost of accommodation depends on their distance from the Haram, the longer it takes to reach the Haram, the less you will pay.

Pilgrimage is an auspicious opportunity for each Muslim to visit the sacred areas, for recreation and spiritual nourishment. Umra signifies a new start for many pilgrims, who during their journey realise the real meaning of their lives and the essence of their relationship with Allah and the surrounding universe.