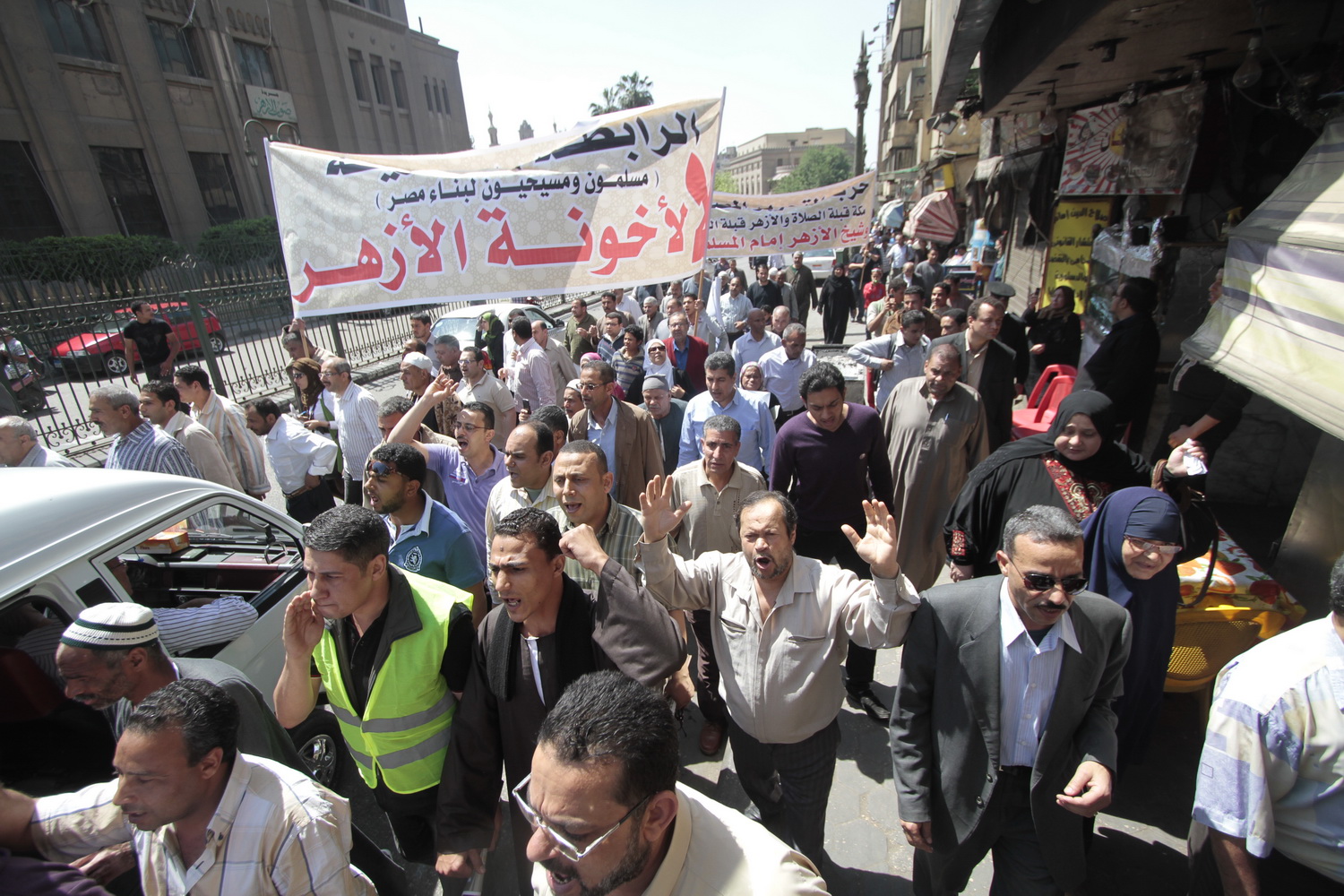 Al-Dostour Party condemned what it said was a plot by the Muslim Brotherhood to oust Al-Azhar Grand Imam Ahmed Al-Tayeb and take over the institution.

In a Thursday night statement the secular party said the Brotherhood had been attempting to “take over all state intuitions ever since its inception,” and that the group does not respect the law.e

“The Al-Dostour Party strongly condemns all attempts to [oust] the Grand Imam of Al-Azhar and warns of the growing impatience towards the Muslim Brotherhood which believes it now owns Egypt despite it being the last group to join the revolution,” the statement read.

Students from Al-Azhar University marched from their campus to the office of the Grand Imam on Tuesday, demanding the removal of university president Ossama Al-Abd after over 700 students were hospitalised as a result of food poisoning contracted through eating on-campus meals.

Several of the protesting students also called for the removal of Al-Tayeb himself. For his part, the Grand Imam dismissed Al-Abd and his top aids. A Muslim Brotherhood majority dominates Al-Azhar University’s student union since the last student elections held in March.

Al-Dostour’s statement claimed that no Muslim Brotherhood students were affected by the poisoning but also claimed the majority of Al-Azhar University’s student population were Brotherhood members.

The statement garnered criticism from several secular activists and bloggers. Blogger and columnist Amr Ezzat called it a disgrace for pandering to Al-Tayeb, who was a member of the former ruling National Democratic Party’s policies committee, and for suggesting a majority of Al-Azhar students belonging to the Muslim Brotherhood, which he says is untrue.

Al-Dostour and other secular parties have also come under criticism for supporting Al-Tayeb because of his refusal to approve the sukuk Islamic bonds law. Critics say that in their attempt to support Al-Tayeb against the Brotherhood, secular parties are tacitly signalling their approval of a religious institution playing a religious role.