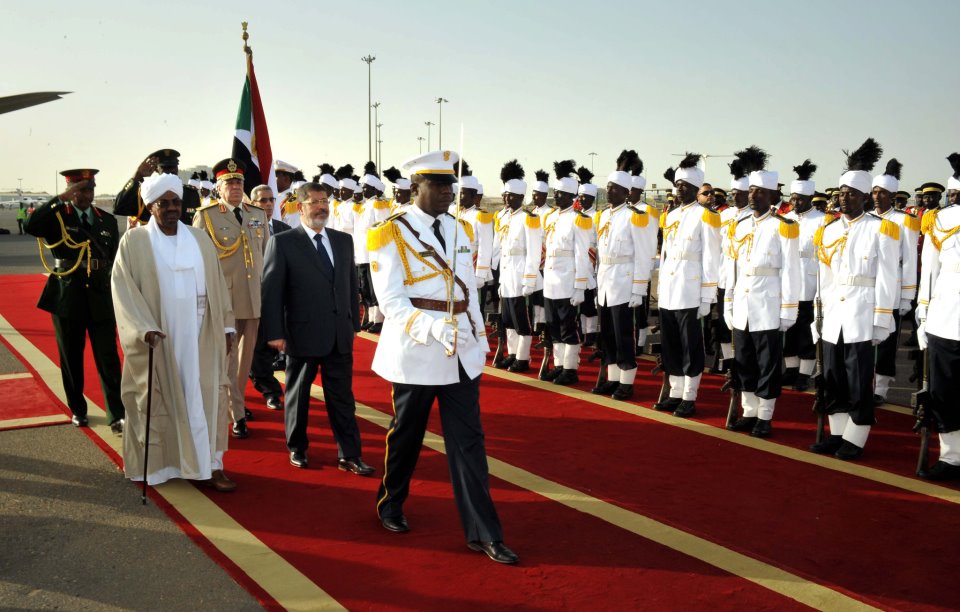 President Mohamed Morsi announced during a visit to Sudan on Monday that the Sudan-Egypt land bridge will be opening in the coming days. According to a press release issued from the president’s office on Friday, Morsi made the announcement in a meeting on Thursday evening with Sudanese President Omar Al-Bashir and the ministers of both countries.

Morsi arrived in the Sudanese capital of Khartoum on Thursday, heading a delegation of several ministers and a business council to hold talks with their counterparts in Sudan and members of the Egyptian expatriate community. The main purpose of the visit is to discuss economic cooperation and ways to increase trade.

According to the statement both sides spoke at length on matters regarding cooperation and the importance of strengthening historical ties.

Egypt and Sudan have had a long history of mutual cooperation. Both nations have collaborated on several high-profile projects including the construction of a road connecting Sudan to Egypt. This road, set to finally open in the coming few days, is meant to eventually connect to South Africa making continental land-travel and trade more accessible.

According to the presidential statement, the land-route will allow for the development of the Eastern Nile region, increase in agricultural cooperation and will connect Egypt to Sudan and Ethiopia.

Sudan and Egypt will also establish a joint industrial zone in the coming period; a part of the increased cooperation between the two nations.

Morsi told his counterpart that Egypt stood behind Sudan’s efforts to resolve all outstanding issues between it and South Sudan. The president also said Egypt stands behind the Doha agreement concerning peace in Darfur, saying a comprehensive and final settlement on the issue must be reached and that Egypt stood ready and willing to contribute to the reconstruction of the war-torn Darfur.