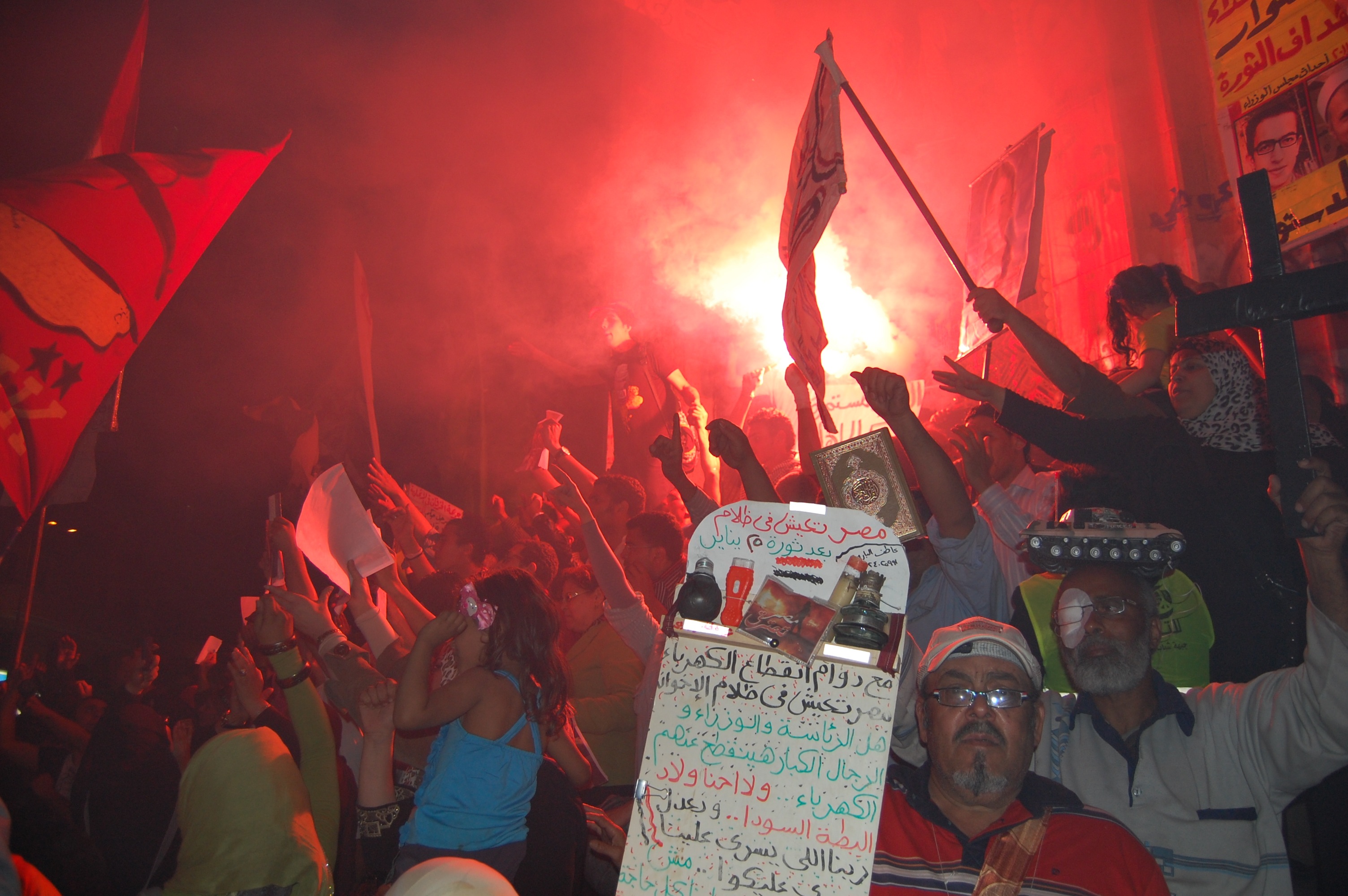 Marches across Cairo took place on Saturday, marking the anniversary of the 6 April 2008 general strike in Mahalla. Initially peaceful marches turned violent after tear gas was fired from inside the High Court at protesters assembled outside. Eye witnesses saw the injured being carried away to waiting ambulances. At time of print clashes were ongoing.

The marches were led by the 6 April Youth Movement and members of the Al-Dostour Party, Al-Tayar Al-Shaaby, the Free Egyptians Party, the Revolutionary Socialist Party and the Free Front for Peaceful Change participated.

In Cairo marches began in Shubra, Al-Sayeda Zeinab, Imbaba and at the Mostafa Mahmoud mosque. The marches converged on the High Court building.

Ahmed Fadel, a Masr Al-Qawia member from Qalyubia, said he was marching from Shubra to make three demands. His first demand was to see the Prosecutor General removed, saying Egyptians had been calling for the removal of the previous Prosecutor General for a long time but the current holder of the position was appointed in the same manner as his predecessor. “We are seeing the same problems that we saw under [former President Hosni] Mubarak’s appointed Prosecutor General,” Fadel said.

Fadel’s second demand was “retribution for the martyrs and those who have died since the revolution”. Fadel says there is yet to be any real justice for those who died in the revolution. His third demand was a purge of the Ministry of Interior. “What we saw recently with Mohamed El-Gendy is the same as with Khaled Said. The ministry is operating in the same way it always has been, and this has not been addressed.”

Over 1,000 people gathered as the march from Shubra continued.

In Al-Sayeda Zeinab, hundreds of protesters took to the streets carrying signs and chanting slogans against President Mohamed Morsi.

As the marches slowly moved forward security forces were nowhere to be seen.

The march from the Mustafa Mahmoud mosque attracted hundreds of people. Protesters chanted slogans critical of the Prosecutor General and the president. Protesters torched a Qatari flag in reference to the reported relationship between Qatar and Egypt’s leadership.

Other marches took place outside of Cairo, with buses picking up members of the 6 April Democratic Front in Cairo to travel to Mahalla on Saturday morning.

Spokesperson for the Youth Movement Khaled El-Masry reported that marches were planned for Mahalla, Alexandria, Marsa Matruh, Minya, Sharqeya and Port Said. He also reported that members in Paris would protest outside the Egyptian embassy and that there were plans for protests in the United States.

Although the 6 April youth movement had not disclosed the destinations of the marches, protesters did name several possible destinations, including Maspero and the Shura Council.