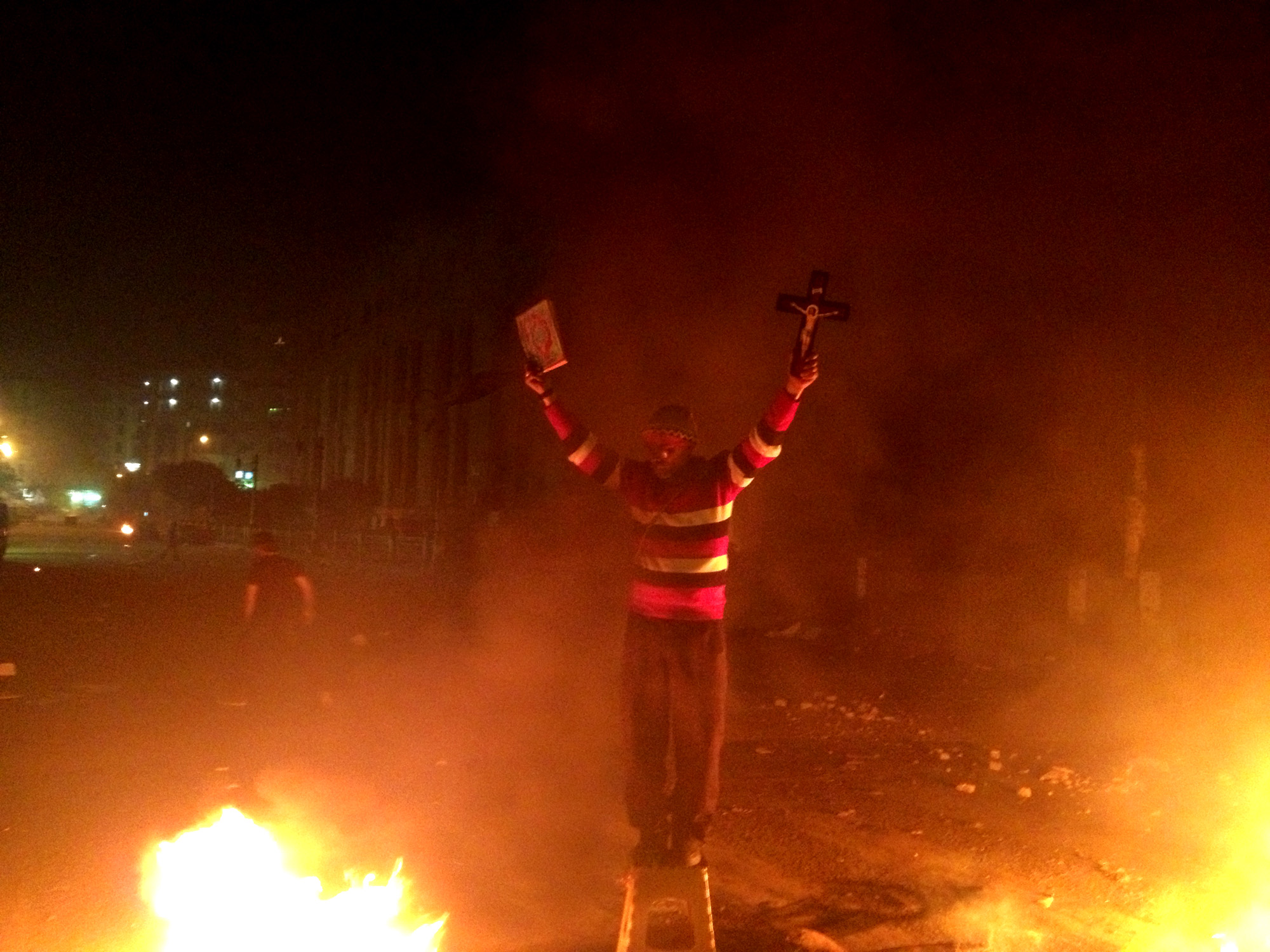 Police fired tear gas canisters from inside the High Court building at hundreds of protesters gathered there to mark the anniversary of a general strike that occurred in Mahalla in 2008. Gunshots were also heard in the vicinity.

Protesters immediately dispersed with a sizable portion leaving the area. The remaining demonstrators set fire to several dumpsters to protect against the tear gas. One protester was hit in the face by a tear gas canister and was rushed to a nearby ambulance.

An ambulance supervisor denied there being any serious injuries and said all cases received so far were due to tear gas asphyxiation. He declined to provide numbers.

Police launched at least two tear gas canisters into a field hospital that protesters had set up. The demonstrators responded by throwing rocks at the court building’s windows.

Several protesters said the attack came after some of them banged on the High Court building’s door. They denied any attempt to break in, however

Khaled El-Masry, media director for the April 6 said that approximately six members of his group had suffered from tear gas asphyxiation. He added that the group would be meeting nearby the court to decide what to do next.

Mohamed Salah, a member of the movement’s political office, said that two people had been taken to the Coptic Hospital in downtown Cairo.

Hundreds of protestors had gathered in Shubra, Saida Zeinab, Mostafa Mahmoud Square, and Imbaba Saturday afternoon and marched to the High Court building, chanting against the Muslim Brotherhood, President Morsi, Prosecutor General Tala’at Abdallah, and the Ministry of the Interior.

Clashes continued at time of publication in the area surrounding the High Court building, with police continuing firing rounds of tear gas on 26th of July Street and Ramses Street.