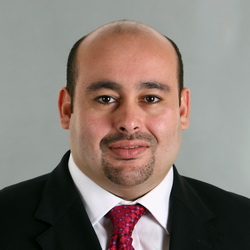 Please tell us more about Actis?

We invest in private equity, energy and real estate. These are the three businesses we focus on. Under private equity we focus on some specific sectors which are the consumer sector, the financial services sector, as well as the industrial and the health care sectors.

What about the portfolio of the company?

Since our operations in Egypt in 2001, we have invested over $500m spread across a number of investments. Our first management buy-out was acquiring El-Rashidi El-Mizan from Unilever in 2002, then we acquired Sidi Krir power station which was one of the three BOT power plants. In 2007, we invested in Sinai Marbles and Granite, then in Mo’emen, an independent leading Egyptian food group, in 2008. In 2009, we invested $244m in CIB; we are currently the largest shareholder of the bank. We then created a payment processing platform called ‘Emerging Markets Payments Holding’ (EMPH), which started off by acquiring the Mediterranean Smart Cards company in Egypt in 2010, which has now grown to become a multi-country financial service and payment processing business.

What is Actis current portfolio in Egypt?

Actis is currently invested in CIB, EMPH and Sinai Marble.

Are there any projects for Actis in Egypt in the pipeline?

We continue to be open for more businesses in Egypt despite the difficult conditions, but this needs to be reflected in very high quality opportunities.

Our strategy will continue to be the same with the look-out for market leading, well managed businesses in the consumer sector, the financial services sector, as well as the industrial and health sectors in Egypt.

Why do you focus on these sectors in particular?

These are defensive sectors that tend to hold the ground well during difficult conditions. They are also successful in countries with high populations like in Egypt. The rise in the middle class in Egypt has also helped to sustain these sectors, which have continued to do well despite the challenges in Egypt over the last two years.

Do you think that these sectors could be affected because of the US Dollar exchange rate?

The exchange rate is a problem across the board, but I do think that the market leaders are well managed and are continuing to do well despite the difficult situation. That being said, the exchange rate is an issue that affects all the business sectors. It is one of the biggest problems in foreign investors’ mindsets today.

What is the impact in your opinion on the downgrade of Egypt and some of the banks’ Long-Term Foreign Currency Rating (FCR)?

The FCR downgrade creates a negative impact on the overall investment appetite in the country. It can give wrong signals for investors who are monitoring the Index or seeking general investment opportunities in Egypt. But for Actis we are doing very specific asset picking in target sectors on the back of quality assets that are well managed and have completed to trade well since the revolution. I think we can still have attractive investment opportunities for investors looking for medium to long term outlook.

Evaluate the market, especially after the unrest and turmoil?

The unrest and turmoil are naturally bad, and they give a negative impression. But we have to separate between this and the underlying performance of specific companies that have a defensive market positioning and strong management teams, which have allowed them to continue to grow well despite the difficult circumstances.

Do you think that the market can get over these challenges soon?

I don’t know, but I sure hope so. I think market recovery needs to happen very soon, as the economy is severely strained because of the challenges in reserves, the foreign exchange, the lack of foreign direct investments, and the growing inflation rates. All these issues should be addressed sooner than later.

In my point of view, however, Egypt is ‘too big to fail’. I also believe that the political stability which is the very prerequisite for any economy to prosper is an essential component. If this is achieved, the much calmer environment and streets will then trickle down into the economy.

The biggest enemy to any investor is uncertainty and low visibility; and both are found in Egypt today. So I think one of the main things the government has to do is to speak to the target audience with more clarity and transparency, sending clear messages on key issues, such as foreign exchange rates. What is going to happen for example for someone who wants to invest in Egypt today from off shore? Will they be able to bring dollars into country and convert them into Egyptian pounds to buy assets? Are they going to be able to exit, buy dollars off shore again, etc. Lack of transparency leads to lack of credibility and visibility, and creates a lot of uncertainty which needs to be tackled very quickly.

What do you think about these problems specifically?

All these problems are linked; the budget deficit and energy are very much linked, for example. The government has no sufficient inflows to cover their expenditure because they have had very low FDI coming into the country. That is also because of the low revenues and the increased expenditure which will lead the budget deficit to cross 11% to 12%, which is huge. It is also not clear what is going to happen on the tax front; will there be taxes on capital gains? Will there be any taxes on IPOs [Initial Public Offering]? Will the income tax increase or not? This is in addition to the continued hunt for money from businessmen, thus creating a very negative message for foreign investments in the country.

Do you think there is any kind of economic identity in the constitution in Egypt?

Without dwelling on political issues, I believe that the constitution could benefit from a boarder base representation of all Egyptians.

What do you think about the recent acquisition deals in the Egyptian market, like NSGB, Hermes?

EFG Hermes [and QInvest] deal has not gone through yet. The situation is not clear, and this is directly linked to the lack of visibility in the regulatory environment. Regarding NSGB [National Société Générale Bank], this was more motivated by Société Générale France who wants to exit NSGB due to other priorities rather than a specific view on Egypt. I think there might be a market misperception that the price is an issue, but I think there are more details behind that.

Orascom Telecom and OCI (Orascom Construction Industries) are high profile cases. We don’t know how these are going to end up. Obviously it’s going to impact the EGX significantly because of Orascom’s volume on the EGX, but I think that step has been taken because of legitimate worries about the investment environment in Egypt today.

Are we going to see specific foreign investments from certain countries?

Investors, regardless of their country, are still making investments as they see good opportunities to gain more profits. If we can deal with the lack of visibility and transparency, political cohesion, and the foreign exchange rate, I think we will be surprised about the number of investors who will invest in Egypt. Egypt is a fundamentally attractive market that is passing through a difficult stage these days.

Evaluate Egypt among other emerging markets?

Egypt is one of Actis’s target markets where we remain to be invested despite the current challenges, and we do hope to see great improvements in all aspects of the economy and the regulatory system soon.

What about your investments in Africa?

Africa is our largest market with total investments of $1.5bn. We have been ranked as the best private equity fund manager in Africa because of our dedication to the region. There are other promising markets in Africa such as South Africa, Nigeria, and Kenya; while in North Africa there is also Tunisia and Morocco.