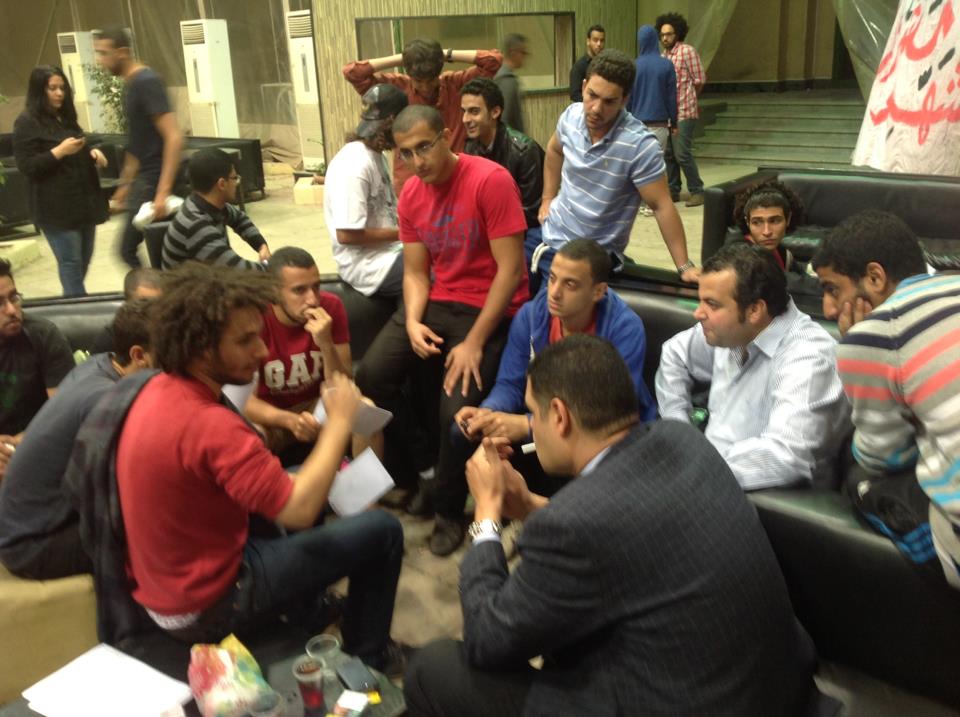 Thirty-five students from Misr International University (MIU) appeared in Banha court on Saturday to testify against the university administration, accusing them of hiring bodyguards to attack students during a sit-in, according to official spokesperson for the Student Union Mostafa Qandil.

“The university is supposed to protect students, not attack them,” Qandil said. “We also hope to press charges against some individual guards.”

Assisted by Fatma Serag, a lawyer for the Association of Freedom of Thought and Expression (AFTE), 15 students submitted an appeal to the public prosecutor on Thursday, asking him to open an investigation into the violence.

The appeal came after the university administration announced that they would press charges against 11 students for theft and destruction of university property and violence towards security personnel.

The administration refuses to resume classes until students end their sit-in on campus, raising concern among graduating seniors, according to Student Union member Inji Mohammed.

“About half the students are supportive of the sit-in, and half just want classes to resume,” Mohammed said.

The Student Union continues to attempt to mediate between the administration and the students to find a compromise, and have also involved the Ministry of Higher Education.