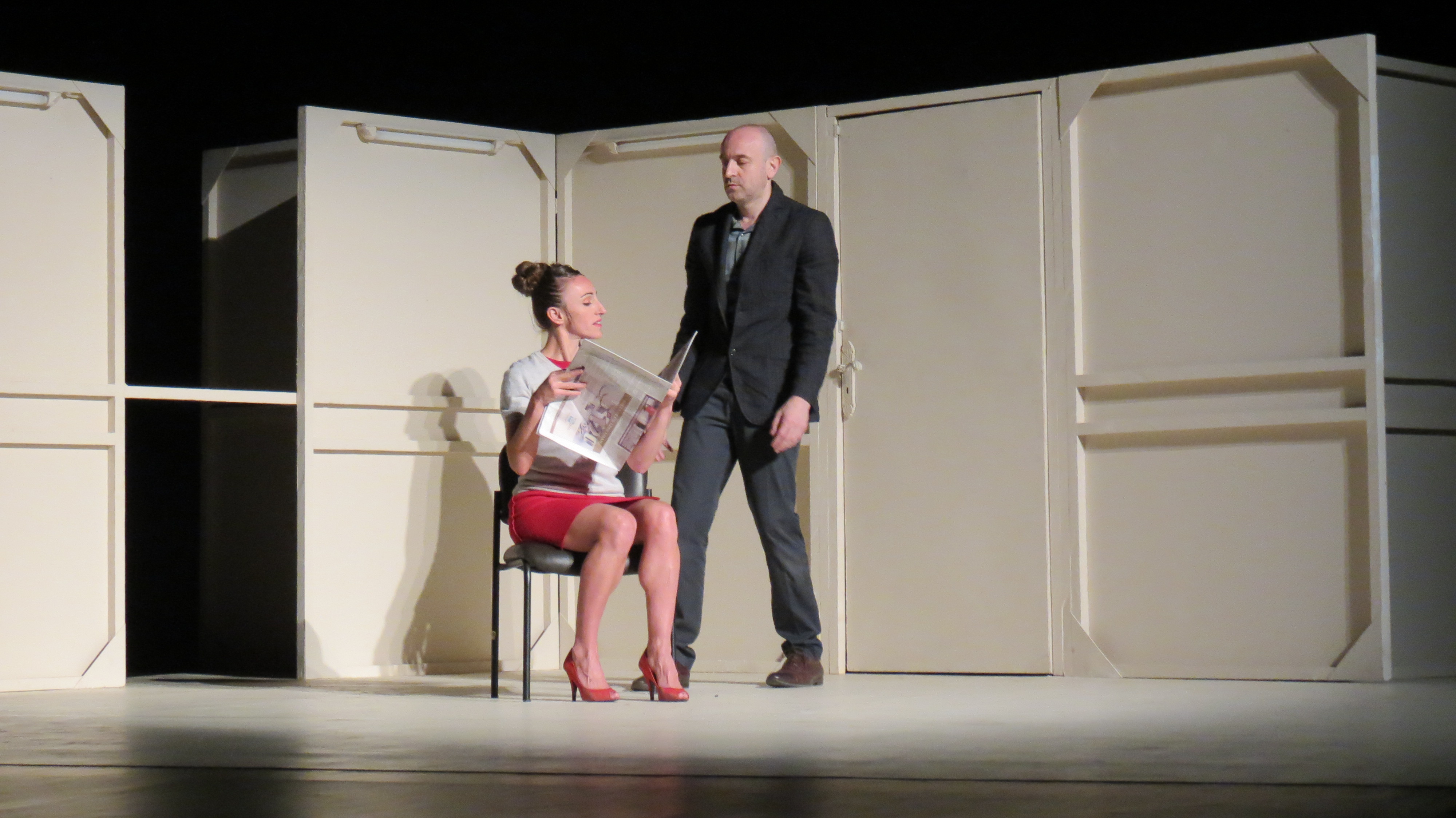 Anatomia Publica offers a different perspective on contemporary dance. As an introduction, choreographer Toméo Vergès spoke of her life; she used to be a doctor, but is now a dancer. Her father was a butcher and so from a young age she was surrounded by anatomy and flesh. She became interested in the movement of bodies and translated this interest into a passion for choreography.

“As the daughter of a butcher and as a doctor, I have often been in contact with meat and flesh. The memory of my father skinning a rabbit, or of anatomy lessons on a dead body in medical school, continue to elicit a mixture of disgust and fascination, repulsion and attraction in me,” Vergès said.

Anatomia Publica is inspired by events that took place in her grandmother’s life. Her grandmother’s husband went to war and was reported missing, so she remarried. But then her first husband returned. Their solution for the predicament was a creative one: Vergès’ grandmother and both her husbands decided to live together. The performance is based on three people living together in a small, intimate space and what occurs when they do.

Contemporary dance has always pushed the limits of movement and storylines. Often one finds oneself unable to fully understand the plot or gist of the story. This time was no different. Discussing this with my editor we realised that contemporary art often depends on perspective; instead of forcing comprehension, let the piece guide you, accept that the meaning is not obvious, and let the performance lead you to an understanding or a feeling.

Anatomia Publica featured repetitive movement accompanied by a repetitive melody. It was as if a record was stuck and, with it, the lives of three people. The jerky movements of the dancers were intensely difficult and their incredible technique and effort was clear after the first few minutes as the sweat poured from their bodies.

The dancers were very good and during the parts of intermittent slow motion it showed in the flow of their movements. Their absolute control of their bodies was impressive as they repeated movements for minutes at a time and the performance was a tribute to their capabilities.

However, there were times I felt bored, intrusive and even alienated, especially when the three dancers seemed to face each other. It was as if I was infringing on the privacy of three very confused souls. If that is the feeling the choreographer intended to conjure in the audience, she succeeded very well.

The one thing that I really did not like was the accompanying beat; its repetitiveness caused a mixture of boredom, a headache and weariness. At the times when there was a different kind of music playing, I was relieved and the strain the beat caused abated. If the choreographer aimed to create an environment where the audience experienced tension it worked- because I certainly did.