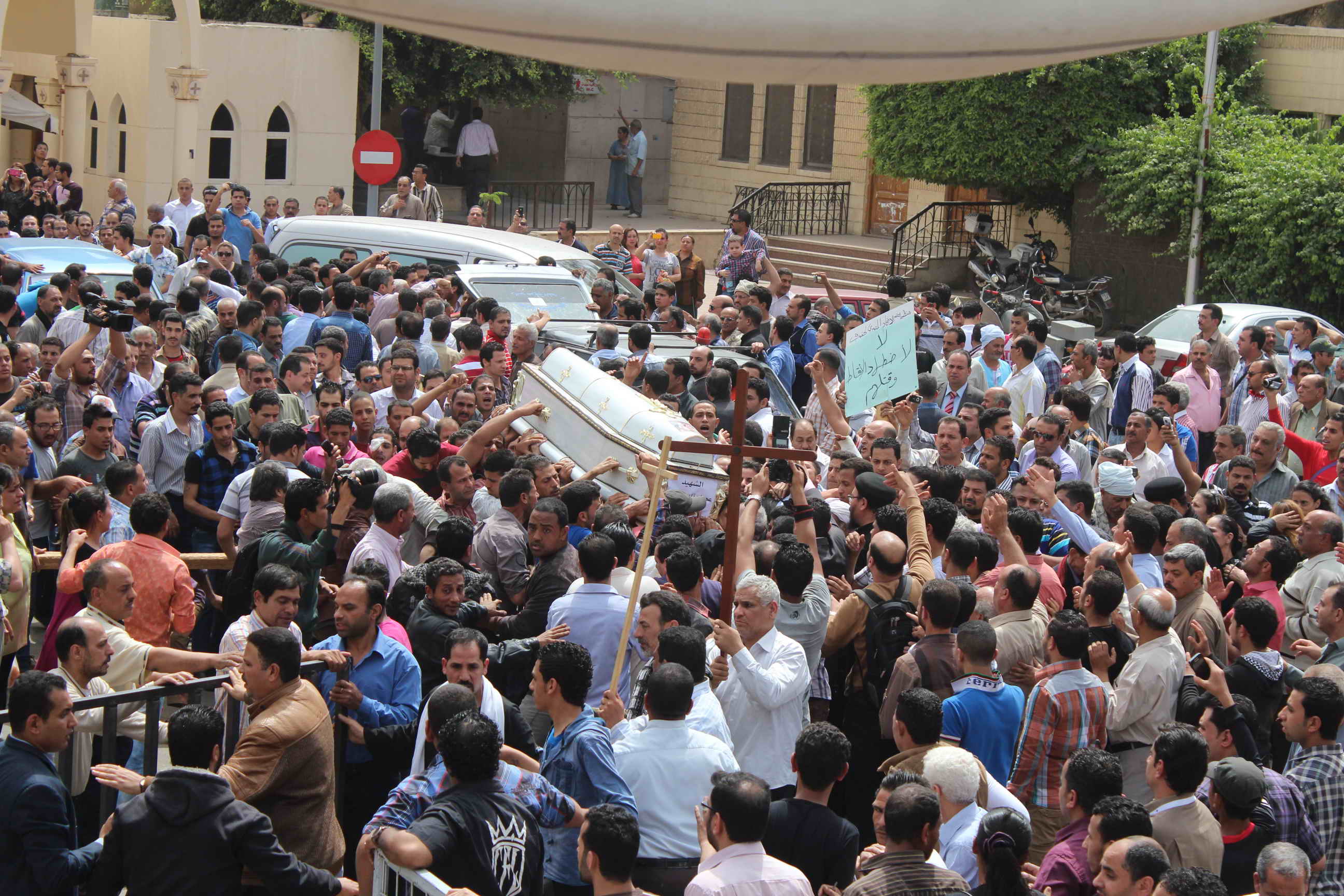 A funeral service was held on Sunday afternoon for Christians who died in Friday’s sectarian violence in Al-Khasous at St Mark’s Cathedral.

Members of the congregation chanted for the rights of the victims and against the government in reaction to the recent sectarian incidents that have occurred in the country as four coffins were carried into the cathedral.

Mourners in attendance chanted: “Egypt is our country and we will not leave it,” and “We will get their rights, or we will die like them.”

People inside the cathedral also directed anger at the Muslim Brotherhood, calling for the downfall of the group’s supreme guide, Mohamed Badie.

Parties were quick to condemn the outbreak of violence.

The Muslim Brotherhood’s Freedom and Justice Party (FJP) condemned the violence in the town north of Cairo.

“The FJP reiterates its strong condemnation of any attempts to cause division and strife among factions of the Egyptian people, and to instigate crises so as to carry out criminal schemes and drag the county into chaos and a cycle of strife and violence,” the party said in a statement on Saturday. The FJP called on state authorities to punish those responsible and intervene to “preserve” the unity of Egyptians.

The Free Egyptians Party said on Sunday that its secretary-general Mohamed Al-Koumi met with advisor to the Grand Imam of Al-Azhar Mahmoud Azab, Bishop Boutros of Shibin Al-Qanater, Father Suriel of Mar Guirguis Church in Al-Khasous, and security officials.