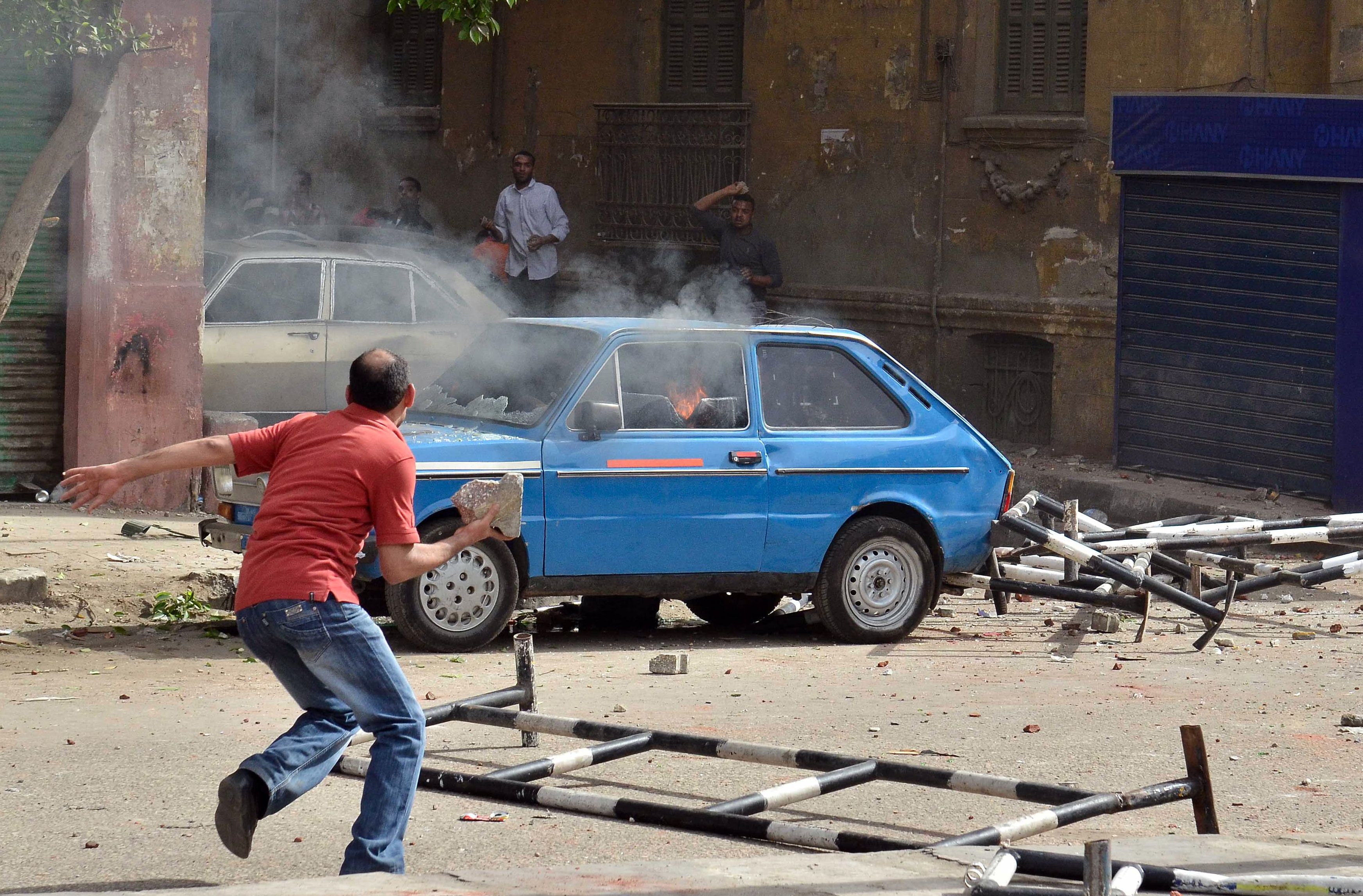 Several political groups made calls for a march from the Al-Fath mosque in Ramsis to protect St. Mark’s Cathedral following clashes that left one dead and several injured.

Mourners leaving St Mark’s Cathedral were attacked by unidentified man on Sunday afternoon following a funeral. After leaving the cathedral, people were met with rock-throwing as eyewitnesses claim hearing gunshots.

The Ministry of the Interior held those coming from the cathedral responsible for the outbreak of violence. In a statement the ministry said people coming from the funeral began destroying cars in the neighbourhood. The ministry went on to say this led to an escalation that resulted in a fight between mourners and people living in the area surrounding the cathedral.

Police arrived to the scene and began firing teargas at the crowd that was leaving the cathedral, as well as launching teargas canisters over the walls of the cathedral complex.

As of Sunday evening there was one confirmed death and at least 25 people had been injured in the attacks, according to the Health Ministry, with signs of that number growing as the day went on.

A funeral service at St Mark’s Cathedral in Abbesaya on Sunday afternoon was held for Christians who had died in sectarian violence in Al-Khasous, a town north of Cairo, on Friday night.

Members of the congregation chanted for the rights of the victims and against the government in reaction to the series of recent sectarian incidents that have occurred in the country as four coffins were carried into the cathedral.

Mourners in attendance chanted “Egypt is our country and we will not leave it” and “we will get their rights, or we will die like them”.

People inside the cathedral also directed anger at the Muslim Brotherhood, calling for the downfall of the group’s supreme guide, Mohamed Badie.

Parties were quick to condemn the outbreak of violence.

The Muslim Brotherhood’s Freedom and Justice Party (FJP) condemned the violence in Al-Khasous.

“The FJP reiterates its strong condemnation of any attempts to cause division and strife among factions of the Egyptian people, and to instigate crises so as to carry out criminal schemes and drag the county into chaos and a cycle of strife and violence,” the party said in a statement on Saturday. The FJP called on state authorities to punish those responsible and intervene to “preserve” the unity of Egyptians.

The Free Egyptians Party said on Sunday that its secretary-general Mohamed Al-Koumi met with advisor to the Grand Imam of Al-Azhar Mahmoud Azab, Bishop Boutros of Shibin Al-Qanater, Father Suriel of Mar Guirguis church in Al-Khasous, and security officials.

Mohamed Al-Beltagy, a FJP leader, stated that the violence was a result of thuggery that aims at dividing Egyptian society and is not related to sectarian strife but rather is artificial chaos playing on religious sensitivities.

In a statement, Pope Tawadros II expressed his deep sorrow over the violence, confirmed that he is in contact with several government officials particularly the minister of interior and called for calm to ensure the country’s safety