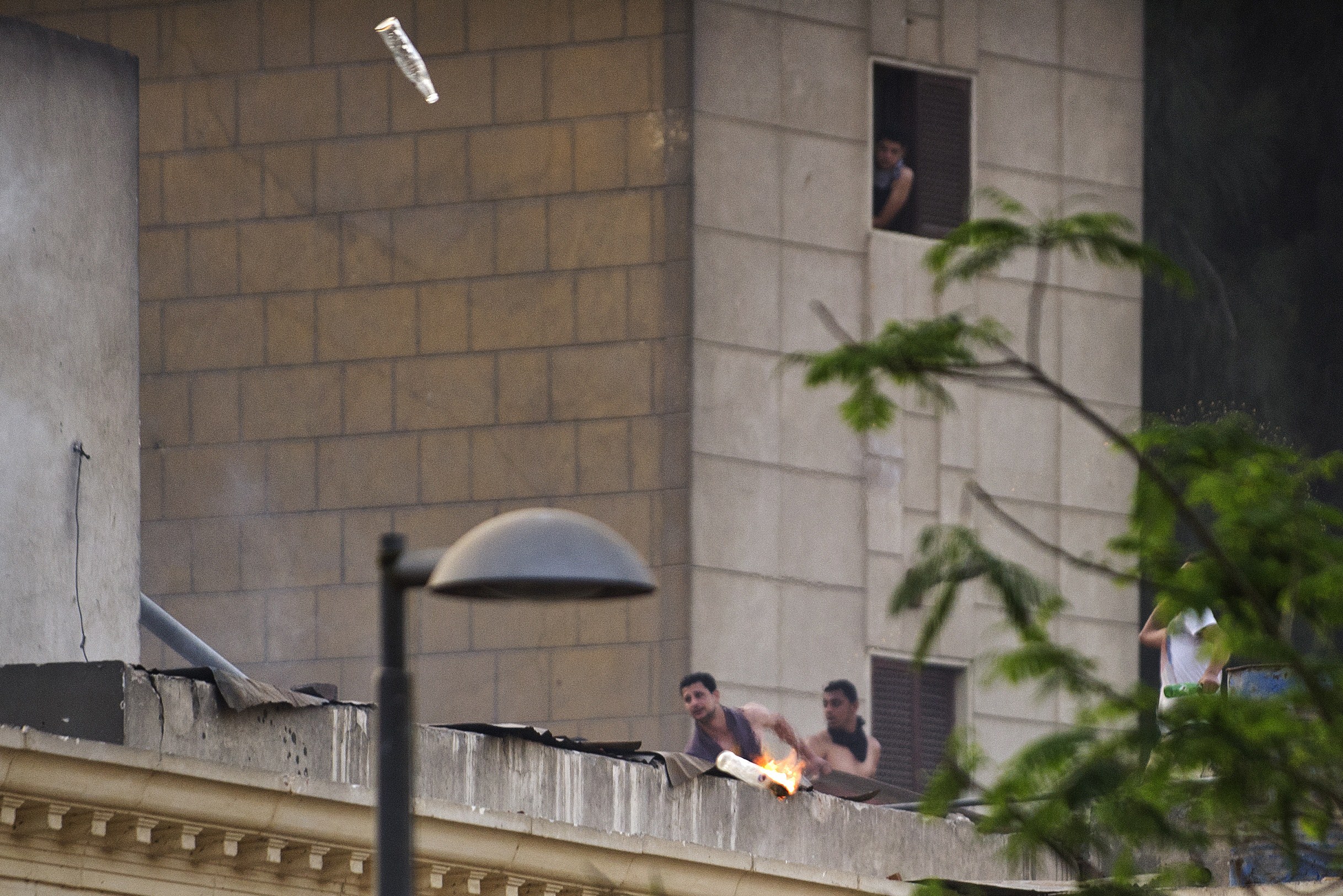 The area around St Mark’s Coptic Orthodox Cathedral was calm on Monday afternoon after violence that continued until Monday morning.

The attack, which began on Sunday, resulted in two deaths, the second of which was announced by the Ministry of Health on Monday morning.  The ministry also announced 14 were wounded, mostly from birdshot shotgun rounds, in the renewed clashes on Monday.

Egyptians at the cathedral refused to leave, fearing that the facilities would be attacked if they did so.

Police arrested 11 people with suspected connections to the violence.

The Ministry of the Interior continued firing teargas at people inside the cathedral complex late into Sunday night and into the early hours of Monday morning.

Clashes also reignited in Al-Khasous, where deadly violence had taken place on Friday evening. The Health Ministry on Sunday evening said a total of 66 people had been injured at the cathedral in Abbaseya and Al-Khasous.

Thousands of people attended a Sunday funeral for victims of sectarian violence who died on Friday. Violence reportedly ignited when the mourners left the cathedral and were attacked by unidentified civilians. The police, together with unknown men shot at those who were leaving the funeral.

The Ministry of the Interior held those leaving the cathedral accountable for the violence, claiming they had vandalised vehicles of local residents, leading to an escalation of clashes.

A heavy security presence was maintained in the area surrounding the cathedral on Monday after the situation had calmed.