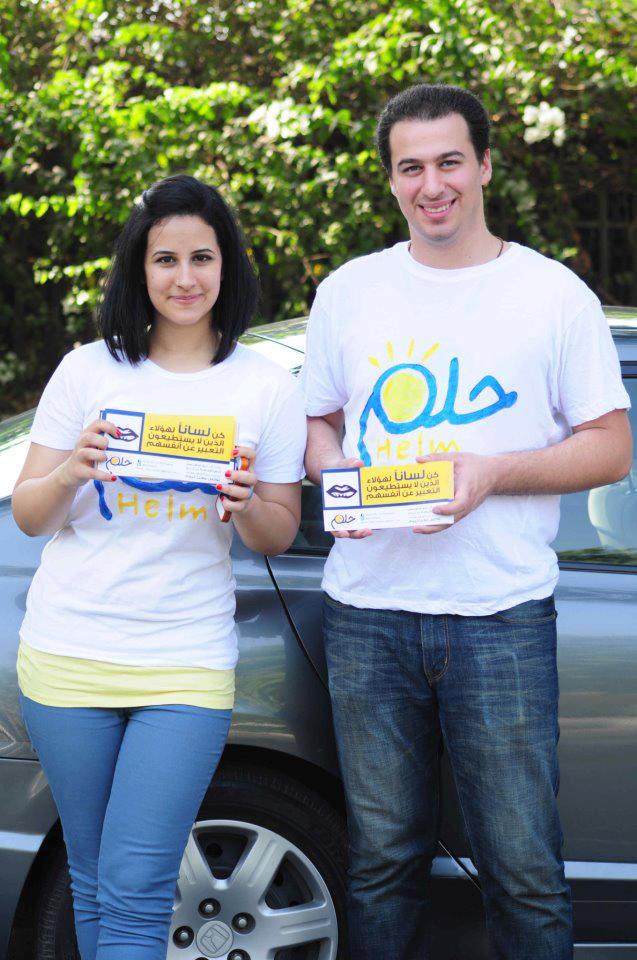 Egyptian organisation Helm has recently won a competition at MIT Media Lab. The organisation aims to provide care and much-needed assistance to Egyptians with disabilities. We contacted one of the founders, Amena El Saie, for more information regarding the competition and Helm’s work.

On their website, the organisation explains its purpose: “The name means ‘Dream’. Helm wishes to facilitate the employability process and increase job opportunities by connecting people with special needs with employers, and helping to launch and support for-profit businesses with inclusive employment policies. The idea behind supporting for-profit enterprises is to ensure that both new and existing businesses can flourish, setting a good example for the rest of society, while proving that such projects can operate as a profitable business. We want to stop businesses from hiring people with disabilities because they feel pity for them. Instead, we want to show people that those with disabilities can be an asset to society and the economy, not a burden.”

The project started when AUC graduates Amena El Saie and Ramez Maher were working together at Tatweer International. The young graduates, who are 23 years old, later decided to turn Helm into a student community service at the American University in Cairo. Helm was able to help more than 200 people to obtain stable jobs.

They depend on volunteers to achieve their goals. “So far we have been depending on about 150 volunteers, self-funding and selling products that we create to fund more workshops, as well as the help of our partners in providing free space and free consultations. We are expecting to get investors and funding from Egypt and abroad. We also ask people who have their own businesses to be part of Helm’s vision through creating an enabling environment at their businesses. So far we have partnered with the elmenus.com website to encourage food outlets to be accessible for people with disabilities,” El Saie said.

The Negma Egypt competition brings innovators together so they can strengthen their projects through networking and other resources. The organisation was founded by a group of Egyptian graduates from Harvard and MIT. The competition depends on the power of crowds to generate ideas and allows entrepreneurs to get constructive feedback. This year the competition was conducted at the MIT Media Lab.

“Helm won first place. We won an incubation period of two weeks in Cairo to help us launch Helm in Egypt. The incubation trip is arranged by some of the best organisations in the Middle East. Winning this competition made the team feel more confident and it made a lot of international organisations, investors, and new partners interested in joining Helm. We started feeling that our hard work paid off and that we will soon be able to devote all our time and effort to Helm,” El Saie explained.

“Elephants are one of the strongest mammals and land animals on Earth; yet, they can be tied down with a rope and pinned down with a nail. This is because they were not brought up to believe in themselves and their strengths. Consequently, they give up. That is how we see people with disabilities in Egypt. They are very strong-willed and determined but the society they live in suppresses any and all of their dreams. As a result they also give up and do not strive to achieve their goals. They allow society to pin them down,” Maher concluded.