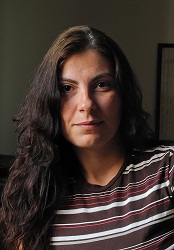 After the death and the tens of injuries, along with those who were suffocating inside the ancient Cathedral because of the police-fired teargas which was targeted against those inside the church and not against outside assailants, our mighty president finally spoke and called for calm!

If the attack on the Cathedral is an attack on him (as he said before), why didn’t he go there to sniff some teargas? Why can’t he couple words with deeds?

If he had made one gesture, only one, to show he respects Egyptian Christians, maybe his people would follow his lead. If he had made one attempt to bring justice to Christians after attacks on them, maybe the minister of interior would have taken a hint.

During the dark days of Morsi’s presidency, Egypt has witnessed increased assaults on its Christian citizens. Verbal assaults on the Coptic community (especially the women) on TV channels and attacks on churches have become ongoing occurrences, only adding to the rift between the people of this country. Every time, with every small incident, the rift widens. You would expect a president to try to bring his people together, but in Egypt’s case, every time our president speaks, he manages to isolate some group.

And then he calls for calm and wisdom, then he shows support with a phone call to the Pope. Well, to be perfectly clear, in these horrible days, calm and forgiveness and love are not necessary to end the violence. You can’t push a person to be peaceful and love others, but you can enforce the law.

In any given country, no matter how advanced it is or how “tolerant” its people are deemed to be, the law must be upheld or else violence will ensue. Countries with many cultures and religions also have violent extremists, and the way to stop them is by law. Punish those who commit crimes, regardless of their political or religious affiliation (and regardless of their benefit to your electoral campaigns), and you will have the calm that you so ardently demand.

A phone call to the Pope is not exactly a solution. A meeting of love and support between the grand sheikh and the great priest will not solve the problem, and will not make people love each other. Again, no one cares anymore about who loves who, it is the law that should define the relationship.

After years and years of hate speech delivered in underground mosques by the likes of the Bible burner Abu Islam, it is highly unlikely that this can be turned around by a meeting between lovely forgiving tolerant religious figures who weigh nothing in the extremist world of Islamists. This must be turned around by the state, by the enforcement of the law, by the implementation of the constitution articles they voted for.

Forget tolerance when you have a president insulting followers of a religion his constitution accepts. I am positive that if one digs a bit deeper, one could find hate speech from Morsi against Christians not very different from that notorious one against Jews. But of course, the time is not right for such a video to appear, if it exists. If you listened to what Brotherhood supporters say about Christians, you would have no doubt that their president has no respect for Christianity, to say the least. In fact, the president seems to have no regard for anything except his extremist group of Islamists. They are the only ones allowed to practice their version of religion, and attempt to enforce it on the rest of Egyptians. And I say: enough with the marketing campaign that the Muslim Brotherhood are moderate Muslims- they are not. Listen to what they say, to what their supporters believe, and relate that to the rise of the extremist Salafis in the political arena. Moderate Muslims do not find Sadat’s killer to be a hero, but our Muslim Brotherhood rulers found him worthy of having a role in Egypt’s political life. It is the Muslim Brotherhood that is allowing terrorists to be part of the scene!

Forget calm and peace when you have a ministry of interior that is brainwashed to kill and torture citizens when the state says so. A ministry of interior that guards with its life the headquarters of the Muslim Brotherhood, but fires teargas and birdshot at unarmed families marching in a funeral and hiding inside church walls. A security apparatus that got away with many crimes against Egyptians is now supposed to respect and uphold the law. What a farce this is!

It is time to harshly and severely uphold the law!