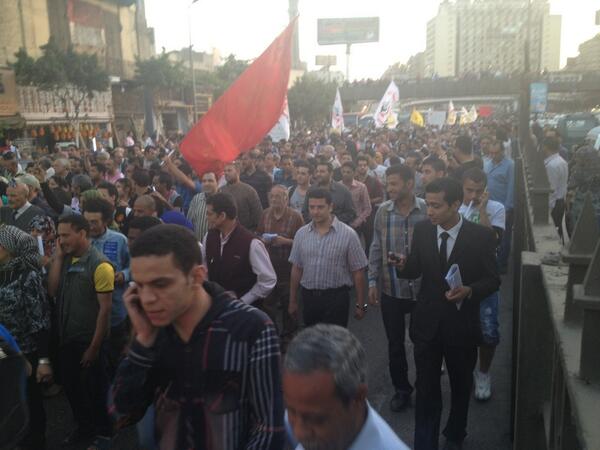 On Tuesday protesters marched from Fath mosque to St. Mark’s Cathedral in a show of solidarity with the recent victims of sectarian violence. At the time of writing several hundred protesters, comprised of Christians and Muslims, were marching down Ramsis Street to the cathedral.

The marchers carried several flags, including those of the Revolutionary Socialists Party, the Tagamoa Party, and the Social Democrats Party. Protesters chanted against the Muslim Brotherhood and the Ministry of Interior, holding them responsible for the recent attack on the cathedral and the sectarian violence in Al-Khasous.

There was a minor disruption to the protest when a bus driver trying to go through the crowd stepped out and argued with the marchers, but it was quickly resolved and the march continued.