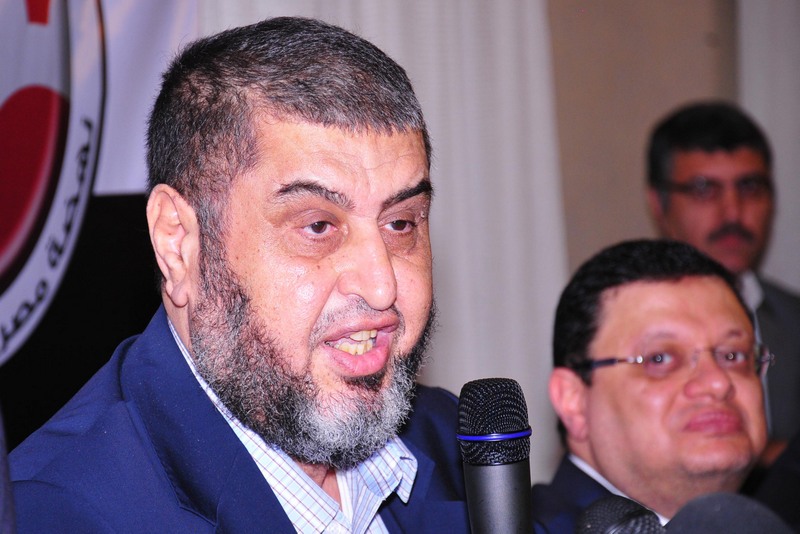 The bodyguard of Muslim Brotherhood Deputy Supreme Guide Khairat El-Shater was sentenced on Tuesday to one year in prison for illegal possession of a firearm.

Khalil Al-Aqid has been convicted for the unlicensed possession of a firearm and ammunition, Aswat Masriya reported.  Al-Aqid’s defence team had claimed that he was involved in the middle of a political conflict. The team claimed that security had framed Al-Aqid and described the processes of evidence collection and investigations as invalid.

Al-Aqid was arrested on 15 December 2012, outside a polling station on the first day of the referendum on the constitution. While in custody, prosecutors discovered photos of Al-Aqid carrying more firearms and donning the uniform of the Al-Qassam Brigade, Hamas’s military wing, on his phone.

Al-Aqid said the pictures on his phone are not accurate adding that they were edited using image-editing software. He said he was never part of a militia nor did he receive military training.

Al-Aqid first told police he was one of El-Shater’s personal bodyguards and that he was tasked by the Muslim Brotherhood to secure the electoral process. He later changed his statements and said that he worked for a private security company.

Al-Aqid’s defence said he is being targeted because of his political affiliation and that he was interrogated in a way that violates the law, adding that Al-Aqid’s confessions and arrest are also invalid.

Al-Aqid had confessed that he possessed the firearm and ammunition and a lab test had proven that the firearm is useable.

Muslim Brotherhood lawyer Abdel-Moneim Abdel-Maqsoud said that if Al-Aqid was a member of the Brotherhood he would have been appointed the best of lawyers. He claimed that Al-Aqid is not El-Shater’s bodyguard and has nothing to do with the Brotherhood.