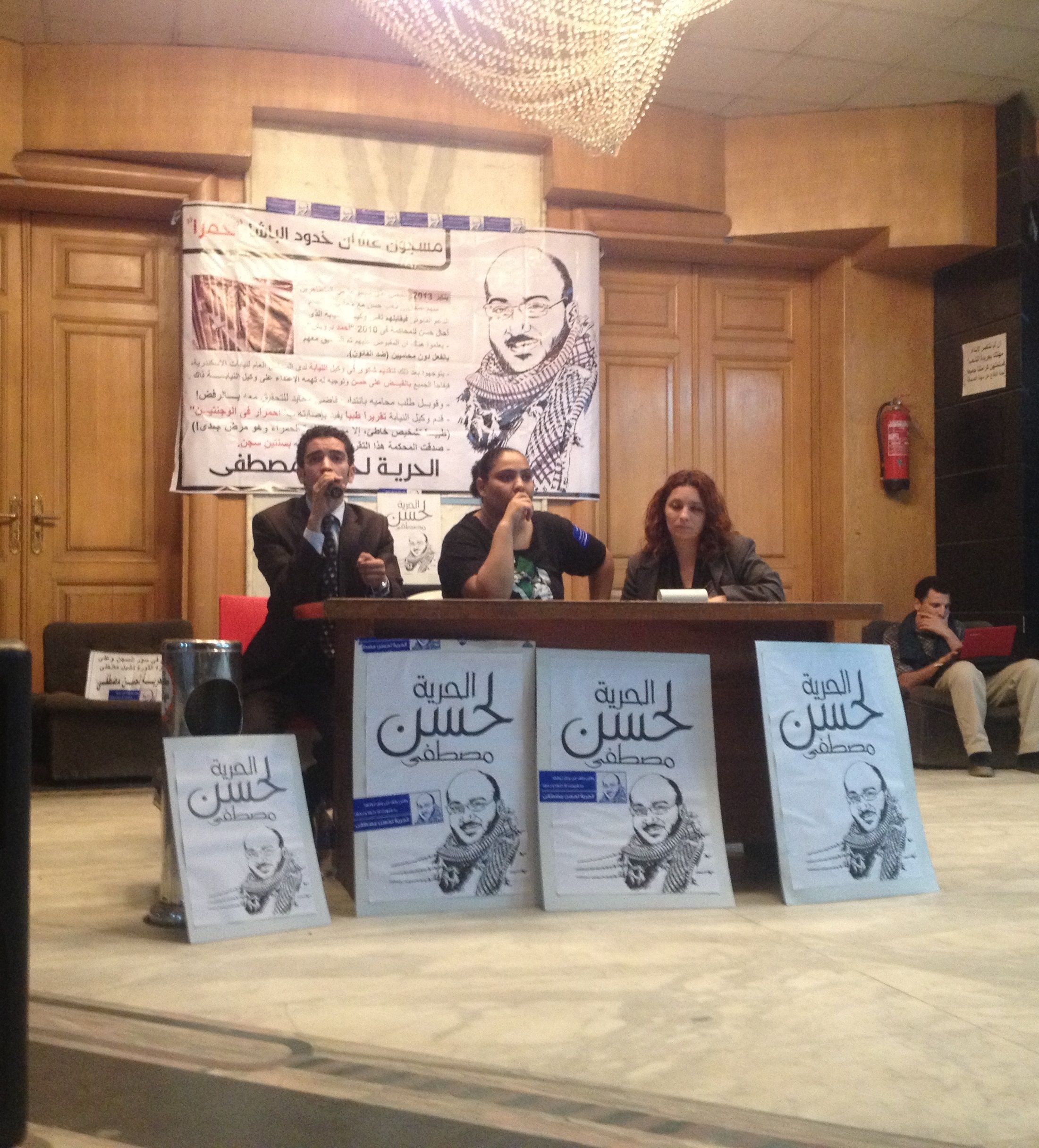 Activist Hassan Mustafa’s case will not be easy to win because the prosecution is both the plaintiff and the body carrying out the investigation, lawyers said.

Mustafa was arrested in January and sentenced to two years in prison in March on charges of assaulting a prosecutor.

His lawyers have appealed the sentence and the appeal trial is scheduled for 13 April. Mustafa is in prison for “causing a prosecutor’s cheek to turn red” by slapping him, according to the official case report.

Mustafa allegedly slapped the prosecutor accompanying human rights lawyers and other activists to Al-Manshiya Court Complex on 21 January. The lawyers and activists intended to check on detained protesters arrested after clashes followed the trial of police officers accused of killing protesters on 25 January.

“I want to be clear, Hassan’s case will not be an easy one. The prosecution is both part of the case, since it was they who made the accusation, and have also played the traditional role of investigating the case and referring him to trial,” Hassan’s lawyer Mohamed Abdel Aziz said in a press conference on Monday night.

Article 46 of the Investigation Law states that if an individual prosecutor or the prosecution office is part of a case as the plaintiff or defendant, an independent judge should conduct the investigation.

No judges were summoned from the Ministry of Justice for Mustafa’s case and the prosecution conducted the investigation, which Abdel Aziz said was a clear case of conflict of interest.

“Legal struggle through the courts for Mustafa’s case is a small part of the wider struggle, which should include political means like protests and shows of solidarity alongside legal ones,” lawyer Ragia Omran said.

She added that since protests on 25 January 2013, arbitrary arrest campaigns have increased and that 40% of those arrested have been children.

“We shouldn’t lose hope, though. We are also making progress. The attackers in the Itihadiya presidential palace clashes, for example, have been identified and we are expecting the prosecution to summon them for questioning very soon,” she said.

Hassan Mustafa, a purchasing manager at an industrial company, is a prominent Alexandrian activist most famous for helping to shed light on the Khaled Said murder case in 2010. He has gone on hunger strike twice since his imprisonment.

A bus will leave at 5.30 am from the Press Syndicate building in Downtown Cairo on 13 April, carrying those wishing to display solidarity with Mustafa at the courthouse to Alexandria.