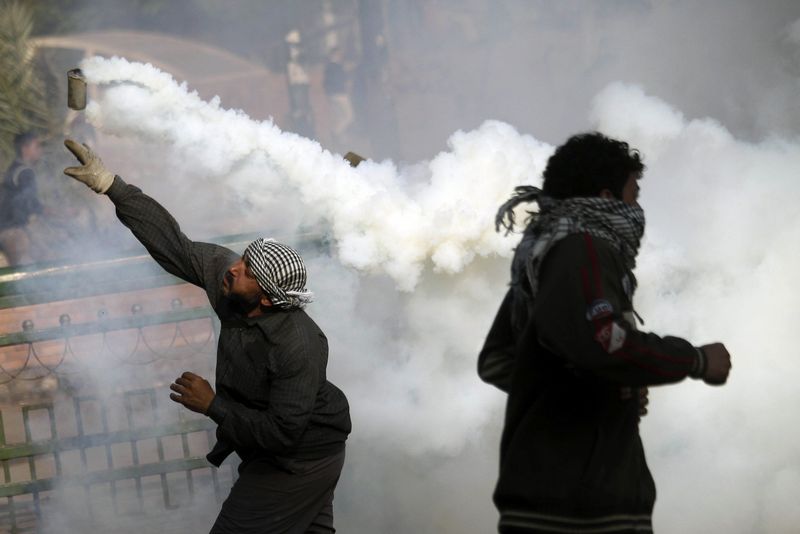 Interior Ministry spokesperson Mohamed Menady has confirmed that a new shipment of teargas from the United States arrived in Suez on Sunday.

Though the shipment came from the US, the US government itself was in no way involved in the transaction, according to David Linfield, a US embassy press attaché. The supply of teargas came from a privately owned security company.

“No US security assistance funds were used for the purchase of this shipment of teargas or any other previous shipments,” Linfield said.

Interior Ministry Spokesperson Ayman Helmy confirmed that they have a number of private contracts with companies through which they purchase teargas. But he could not give any details as to which companies in particular, or as to the quantity of canisters in the newly arrived shipment.

Helmy emphasised that the Interior Ministry uses teargas as a non-lethal weapon only when the situation demands it.

“We use teargas to disperse protests or to defend ourselves if there is an assault on vital institutions or buildings,” Helmy said.

He added that all teargas purchased must meet certain standards and health requirements.

Local media reported that the shipment sailed from the port of Wilmington, Pennsylvania, on board the SS Jamestown on 14 March, but no such port exists in Pennsylvania. The only ports by the name of Wilmington on the East Coast are located in Delaware and North Carolina and port officials at both locations denied that a ship by that name had set sail from either place.