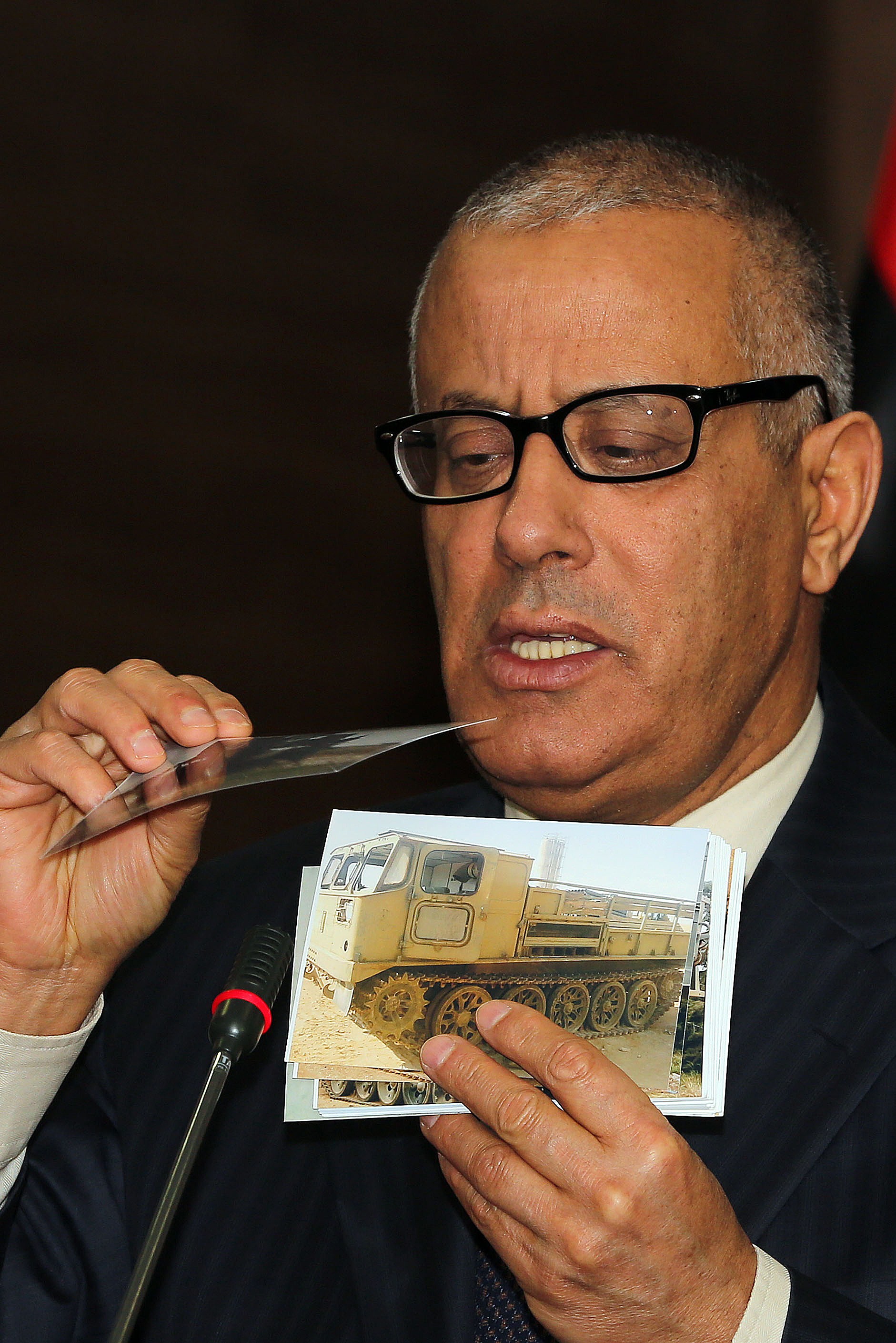 The United Nations published a report on Tuesday which concludes that weapons used during the Libyan civil war against Muammar Gaddafi are being funnelled at an alarming rate to other countries in the region.

The report was written by a UN Security Council panel, which identified a dozen nations currently receiving illicit arms despite the weapons embargo still in place on Libya. The types of weapons range from small arms and ammunition to high-powered explosives, mines and portable air-defence systems.

The panel pointed out that most weapons in Libya still remain in the hands of armed militias and civilians, calling Libya “a significant and attractive source of weaponry in the region”. The lack of an effective security system in Libya “remains one of the primary obstacles to securing military materiel and controlling the borders.”

Libya’s security vacuum was made apparent when Libyan Prime Minister Ali Zeidan held a press briefing on the country’s security situation on 8 April in Tripoli. According to AFP gunmen posing as security personnel kidnapped a high-ranking aide to the Prime Minister just hours after he revealed members of his government had received death threats.

The report said the influx of weapons into Egypt presents “a threat to its internal security” because many of these weapons likely end up in the Sinai Peninsula. These weapons, according to the report, are likely to fall into the hands of insurgents combating government forces in the peninsula.

The report highlighted that the majority of weapons coming into Egypt however are destined for the Gaza Strip, adding that the influx of new weaponry into Gaza is allowing fighters there to update their arsenal of anti-tank weaponry and modern assault rifles.

Syria is also a major destination for weapons. As the civil war rages unabated since its start over two years ago, killing more than 70,000 people according to conservative UN estimates, weapons transfers are organised by several different groups in Libya and countries neighbouring Syria.

The report also said weapons have been found in Chad and Somalia and are feared to have spread into other countries in the Horn of Africa, the Levant region and West Africa. Tunisia, Niger and Algeria are identified as areas which “serve as bases and transit points for non-state armed groups, including terrorist groups and criminal and drug trafficking networks with links to the wider Sahel region”.

Despite Libyan efforts to strengthen borders and control the flow of illegal weapons, the report said weapons continue to flow out of the country at an alarming rate.