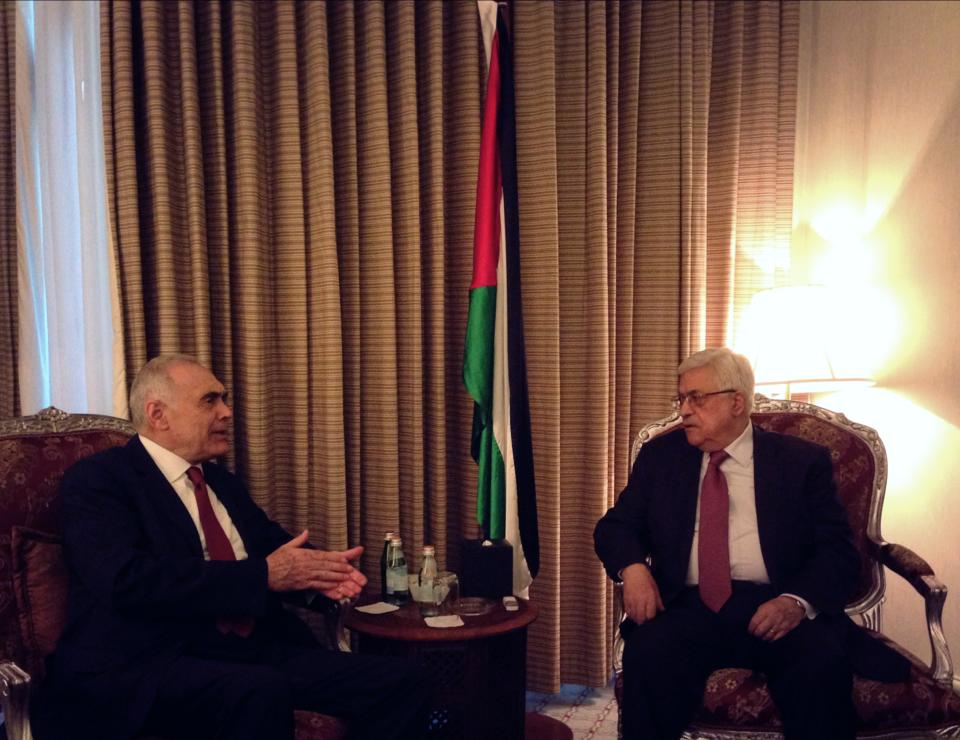 Minister of Foreign Affairs Mohamed Kamel Amr met with Palestinian President Mahmoud Abbas to discuss the situation in the Middle East and international efforts to achieve peace in the region.

A statement released by the Foreign Ministry on Tuesday reported that the meeting took place on the sidelines of a ministerial meeting to follow up on the results of the Arab Peace Initiative meeting that occurred in December 2012.

During the meeting with Abbas, Kamel Amr asserted Egypt’s support for the Palestinian people and that he was hopeful “that the efforts result in a peaceful path towards a full and comprehensive peace to end the occupation and to install the pillars of a Palestinian state with East Jerusalem as its capital”.

Kamel Amr was in Doha attending an international conference for reconstruction and development for the Darfur region in Sudan.

The meeting between the pair comes at a time when the United States is launching its own initiative in an attempt to reach a peace agreement between the Israelis and Palestinians. US Secretary of State John Kerry arrived in Jerusalem on Sunday for a three-day visit, which included a visit to Ramallah. Speaking to the press on Tuesday Kerry confirmed that his visit “is not just about getting the parties back into direct negotiations, it’s about getting everybody in the best position to succeed”.

Kerry said that he, Abbas and Israeli Prime Minister Benjamin Netanyahu agreed that in order to facilitate this process the three of them agreed to “engage in new efforts to promote economic development and to remove some of the bottlenecks and barriers that exist with respect to commerce in the West Bank”.

Kerry announced that he would be meeting a delegation from the Arab League in Washington in the coming weeks to discuss the peace efforts. He stressed that “Israel and the Palestinians need to come to the table, and this is a negotiation between them”.