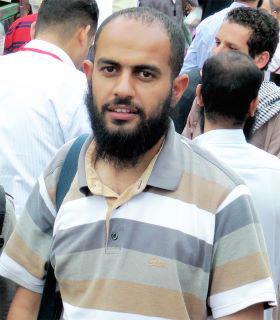 Dozens of Salafis protested on Tuesday in the Al-Hadra district of Alexandria against the Shi’a doctrine.

Protesters distributed flyers and brochures warning citizens of what they described as the dangers of Shi’ism. They also broadcast several videos illustrating what they perceived as fallacies of the Shi’a doctrine, according to state-owned Al-Ahram.

Members of the Al-Da’wa Al-Salafia, Al-Nour Party, and the Al-Gabha Al-Salafia participated in the protest, and engaged in several discussions with passersby, criticising the Shi’a doctrine and the government’s position on Iran. They denounced the tourist visas recently introduced and then suspended for Iranian visitors to Egypt, according to Khaled El-Masry, a member of the Political Bureau of the Al-Gabha Al-Salafia.

El-Masry said the protest comes as a part of a huge campaign organised by Salafi groups, which he said aims to eliminate the Shi’a threat to Sunni Islam. He explained that the campaign uses two main tools: seminars and lectures to raise awareness about Shi’ism, and peaceful protests and marches for the same cause. “Any escalation from our side would come as a reaction to the government’s decisions. We stand firm and assert our refusal of any decision to rerun air flights between Egypt and Iran,” he said.

El-Masry added that the Shi’a doctrine is not truly Islamic, and said that Egypt should not accept financial support that might compromise its religious heritage and culture. “We would never accept surrendering our religion for the sake of money,” El-Masry said.

Ahmed Mawlana, head of the Al-Shaab Salafi party, said the protest was not organised by his party. However, he stated that his party condemns the spread of Shi’ism in Egypt.