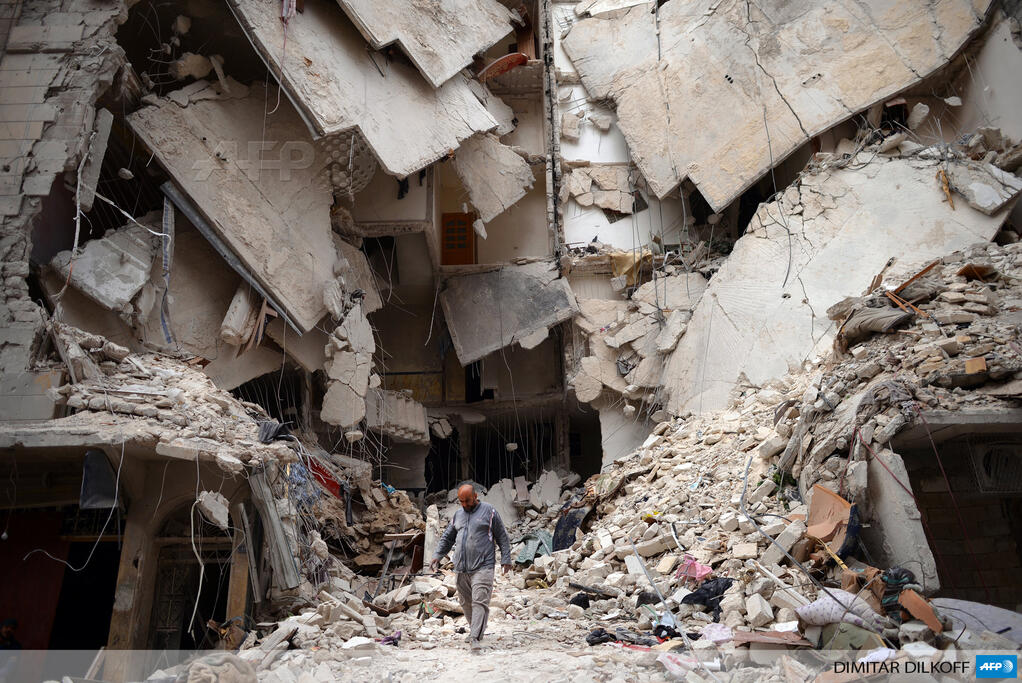 AFP – Beirut – Air strikes have hit bakeries and hospitals among other civilian targets in Syria, a watchdog reported on Thursday, accusing the regime of killing thousands in such raids it said amounted to war crimes.

“Individuals who commit serious violations of the laws of war wilfully – that is intentionally or recklessly – are responsible for war crimes,” Human Rights Watch (HRW) said in a report titled “Death from the Skies”.

“Syrian government air strikes that have deliberately or indiscriminately killed civilians appear to be part of systematic and widespread attacks against the civilian population that HRW previously found amount to crimes against humanity,” it added.

Basing its findings on investigations in rebel-held areas of three war-torn provinces, the New York-based group documented air strikes on four bakeries and two hospitals, along with other civilian targets.

One hospital in the northern city of Aleppo, the Dar al-Shifa, had suffered at least four attacks alone.

“In village after village, we found a civilian population terrified by their country’s own air force,” said Ole Solvang, a Human Rights Watch emergencies researcher.

“These illegal air strikes killed and injured many civilians and sowed a path of destruction, fear, and displacement,” he added.

Citing a network of activists, HRW said that “air strikes have killed more than 4 300 civilians across Syria since July 2012”.

The report detailed the use of highly explosive munitions that sometimes flattened several houses in a single attack.

One resident of the northern town of Azaz told HRW that at least 12 members of his family were killed in a bombing of their homes on August 15, 2012.

“I buried 12 of my family members… including my father, my mother, and my sister – my brother’s wife as well,” said the man identified as Ahmed.

“Walid, my brother, was cut into pieces. We didn’t recognise him at first. We buried my brothers’ children also. The youngest was 40 days old,” he added.

One of the explosive devices used in attacks on Azaz was a powerful fragmentation bomb “that has a casualty-producing radius of 155m,” said the watchdog.

Other types of munitions used by the Syrian army were cluster bombs, ballistic missiles and incendiary weapons, said HRW.

“It is important to stress that these attacks are ongoing. On Sunday, an air strike on Aleppo city killed 17 civilians. A week ago, a cluster bomb attack killed another 11,” Solvang told AFP.

The organisation, meanwhile, called on the international community to help put a stop to violations in Syria.

“Human Rights Watch calls on governments and companies to immediately stop selling or supplying weapons, ammunition, and material to Syria, given compelling evidence that the Syrian government is committing crimes against humanity, until Syria stops committing these crimes,” said HRW.

Solvang acknowledged that Russian and Chinese vetoes in the UN Security Council had so far blocked any international action on Syria.

But he said “that should not stop concerned governments from stepping up their own efforts to press the Syrian government to end these violations”.