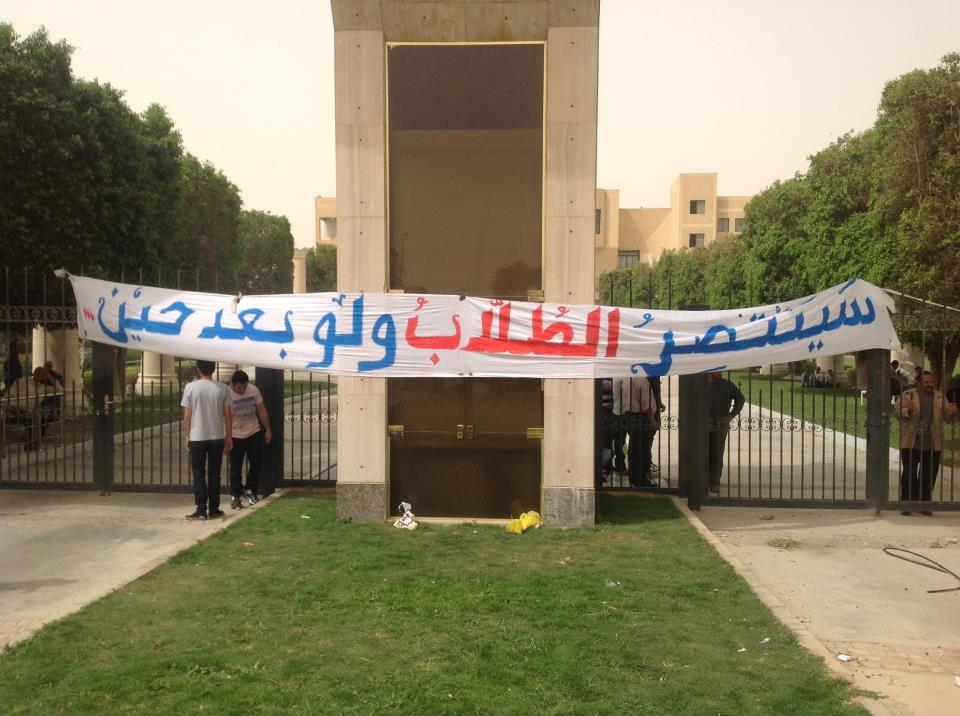 Minister of State for Youth Osama Yassin announced on Thursday night that classes will resume in the Misr International University (MIU) starting 20 April.

Yassin announced on his facebook page that a meeting held by the committee tasked to look into the MIU clashes reached a solution to the crisis through a series of procedures.

On 14 and 15 April, the university administration will withdraw complaints filed against MIU students regarding the recent clashes. The students, in turn, will also withdraw complaints they filed against university staff. The complaints withdrawal will be made through coordinating with the Ministry of Higher Education’s legal advisor Amr Abdel Mohsen. Lawyers representing the students and the administration will supervise the complaint withdrawals.

Abdel Mohsen would also begin investigations into the clashes on 16 April to submit a preliminary report to the committee on 18 April. The university utilities damaged by the clashes will be repaired from 16 until 19 April so that classes resume on 20 April.

The committee is sponsored by Yassin and the Minister of Higher Education. It includes Gamal Nawara, the chairman of the council for private-owned and civil universities. It also includes three MIU student representatives, three parents and deans of the Faculties of Dentistry, Pharmacy and Bussiness Administration.

Ahmed Nozahi, a MIU student union member, said that though he agrees with the outcome of the committee’s Thursday meeting, he has reservations on the committee’s formation.

“The three student representatives in the committee are all from the students who took part in the clashes,” Nozahi said. He criticised the fact that the committee includes no student union members. “If two parties are fighting, then the intermediary tasked with resolving their conflict should be a neutral, objective party, not a party to the conflict.”

He said that the students refused to involve MIU Vice President Hamdy Hassan in the committee, even though he’s one of the university deans, because he’s party to the conflict. The students accused Hassan of hiring bodyguards to physically attack them on the university campus.

Menna Alaa, another MIU student, said she approved the meeting’s outcome. “As long as the committee has representatives from the student protesters, we’re fine with it,” Alaa said.

Alaa said that the committee did not add student protesters until the students rebelled against its formation.

She added that the students’ sit-in on the university campus will resume until further decisions are taken by the committee. “We are waiting for the committee to issue decisions regarding the use of birdshot and bodyguards in attacking students,” Alaa said. “Until then, the sit-in will act as a pressure tool.”

Student demonstrations began in early March demanding the construction of a pedestrian bridge over the highway near the university.