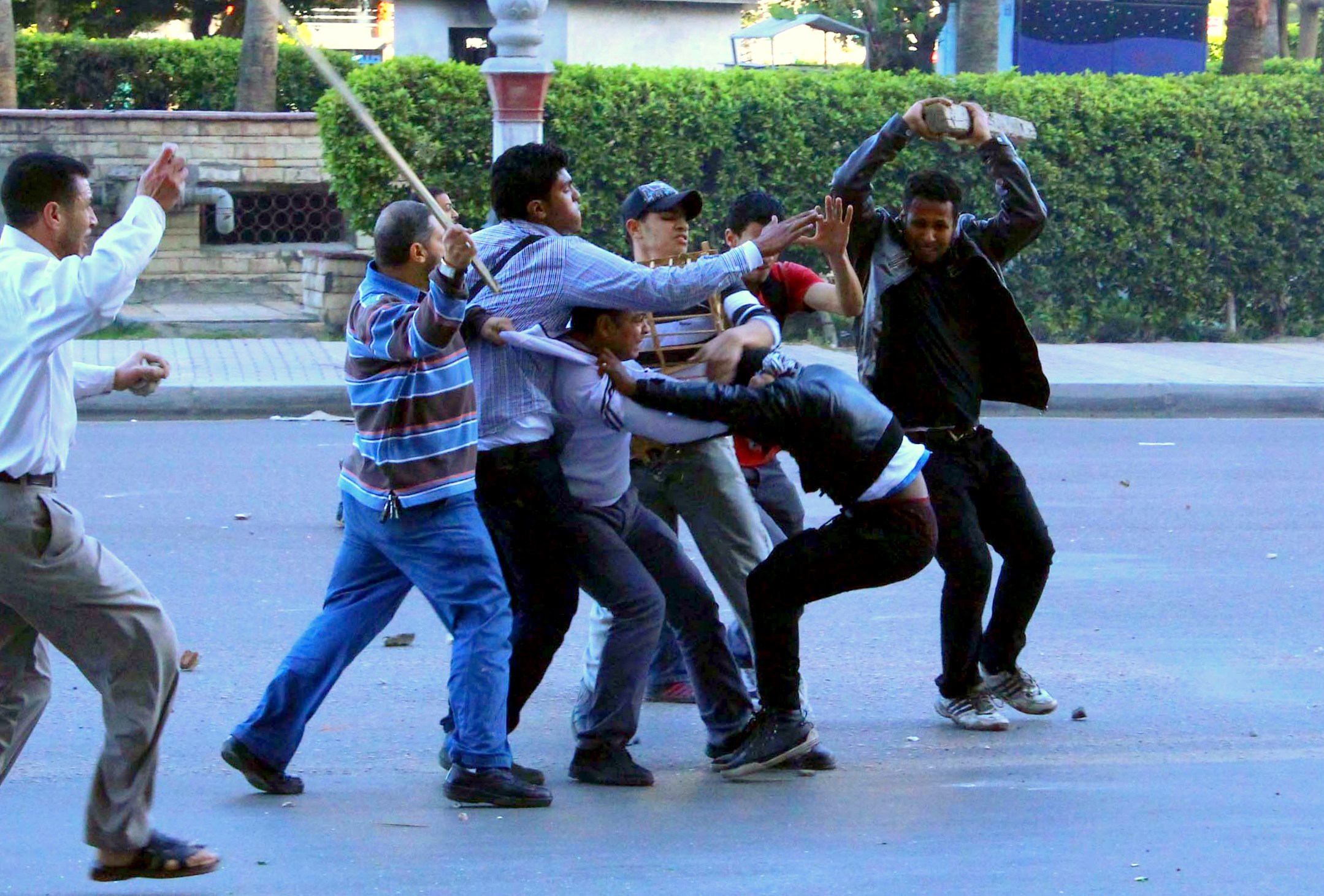 Clashes broke out on Friday night in Cairo and Alexandria between protesters and police. In Alexandria clashes occurred between pro and anti-Muslim Brotherhood supporters, with security forces intervening to disperse hundreds of people trying to reach the Brotherhood headquarters, while in Cairo security forces dispersed protesters in front of the presidential palace.

According to Mohamed Soudan, spokesperson for the Freedom and Justice Party in Alexandria, the protest began swelling in size at around 4 pm, when protesters began trying to attack the Brotherhood headquarters.

“These people are from the Black Bloc and socialist groups,” Soudan said, referring to the protesters as “thugs” on drugs carrying Molotov cocktails. He also said that protesters attempt to storm the headquarters every week, carrying weapons and vandalising the area.

According to state-run news agency MENA, two officers were injured as a result of stone-throwing at the clashes.

The Al-Dostour Party spokesperson in Alexandria Haitham Al-Hariri rejected Soudan’s claim that protesters always instigate the violence. He said that the party rejects all forms of violence, whether directed at the government, civilians or the Muslim Brotherhood.

“We are against such actions because they distract us from our targets,” Al-Hariri said, adding that certain members of the Brotherhood are actively instigating clashes in order to delegitimise protest movements. “[The Brotherhood] say people come armed with Molotov cocktails and things, but this is untrue and we want to change this picture because we need every Egyptian to participate with us,” he said, adding that violent protests serve only to alienate protesters from others.

In Cairo, protesters clashed with police in front of the presidential palace after police responded to rock-throwing by using teargas. According to Mohamed Youssef, a spokesperson for the 6 April Democratic Front, the protest was not affiliated to any political party or movement, but was a spontaneous event.

Teargas was used to disperse protesters. Youssef said that the police had succeeded in differentiating between peaceful and aggressive protesters.

Dozens were reportedly injured in the clashes, although no deaths have been reported.