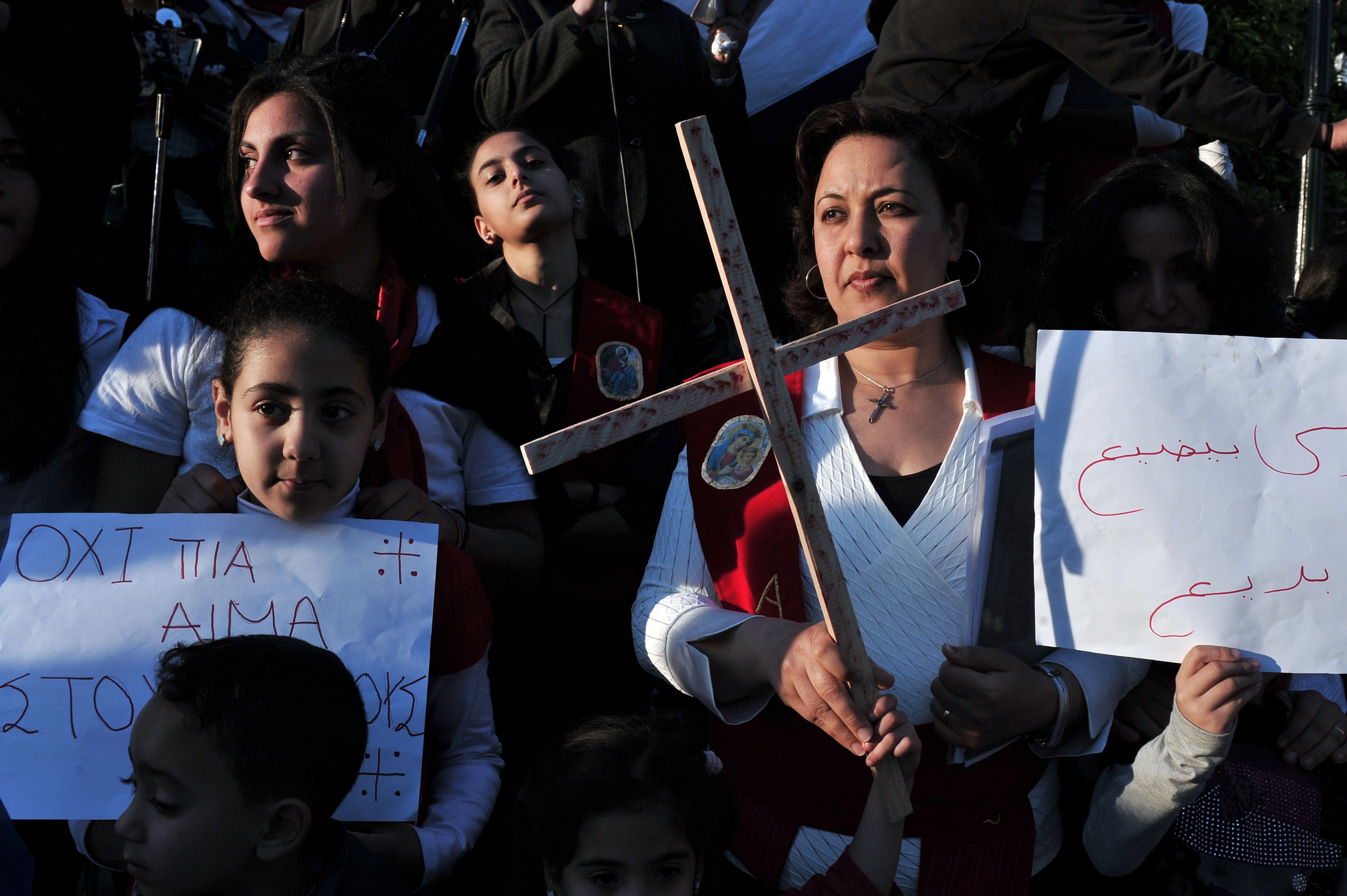 Security forces arrested 15 people at dawn on Saturday accused of taking part in St. Mark’s Cathedral clashes which erupted outside the cathedral on Sunday as Coptic families were preparing a funeral procession for those who were killed in Al-Khasous the day before.

The detainees were arrested for possession of firearms and weapons with blades, the Ministry of Interior said in a statement. These arrests bring the total number of suspects in custody to 30 in total, with 15 suspects arrested last week.

At least four Coptic activists were arrested on Friday dawn for complicity in clashes. The Coptic Maspero Youth Union announced that Michael Morqos was arrested on Friday alongside three other activists. The union condemned his arrest, calling it an escalation against Coptic youth and likening it to Mubarak’s violations against Copts where “the violator is free and the victim gets jailed and humiliated”.

“This is a natural consequence of the reconciliation between Muslims and Christians in Al-Khasous and what some priests agreed to,” said Magdy Saber, vice head of the union’s media committee. “It brings us back to the old bargaining scenario where the criminals are released.”

Saber said that this method has long been used in any sectarian conflict. “Reconciliation sessions take place followed by Coptic arrests. Then both the Copts and the criminals are simultaneously released to end the conflict.”

Saber claimed that the four arrested Copts were all randomly arrested. He added that Morqos was at the St. Mark’s Cathedral clashes where he almost asphyxiated due to the large amount of teargas fired.

“Why not wait until the investigations prove who the perpetrator was?” The union questioned in its statement. “Don’t you know that innocent youth were killed, properties and churches burnt?”

“The reconciliation which equates the victim to the perpetrator brings about evil and is a shame on the state and the society,” Copts without Chains said. “It is a crime committed by anyone who takes part in the reconciliation or accepts it.”

The movement said that the reconciliation sessions are only cosmetics for the “Fascist Muslim Brotherhood regime”. They demanded fair retribution in accordance with the law.

The town of Al-Khasous saw its seventh death on Thursday as a result of recent sectarian violence, which started on 5 April, whereas the St. Mark’s Cathedral attacks left two killed.