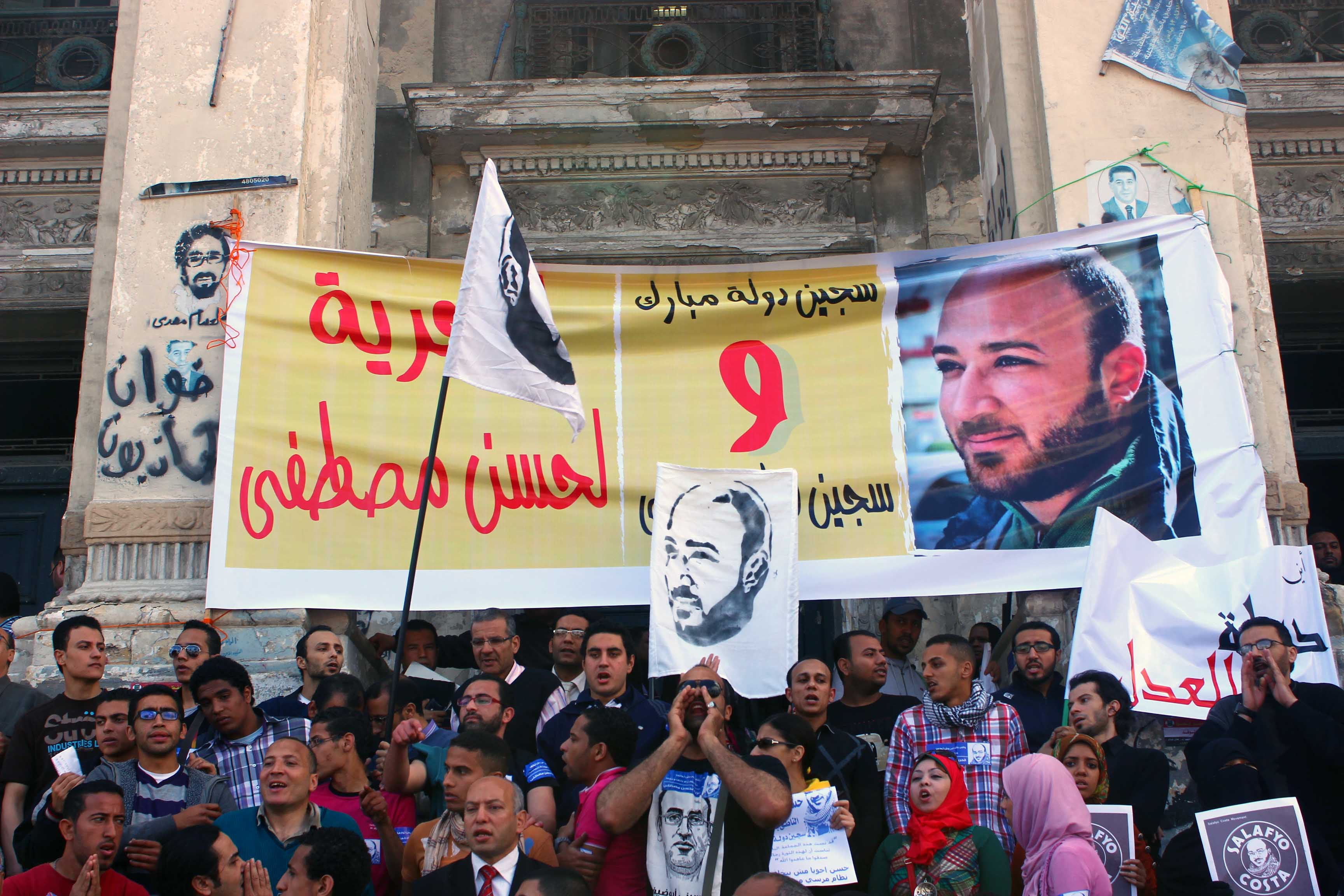 Alexandrian political activist Hassan Mustafa’s appeal was postponed until 4 May during a court hearing on Saturday.

Mustafa was sentenced to two years in prison a month ago. He was arrested on 21 January and accused of physically attacking prosecutor Ahmed Darwish.

The trial was postponed on the request of Mustafa’s lawyers in order to investigate the testimonies of eye-witnesses. Mohamed Salem, Mustafa’s brother, said that the lawyers also requested that Darwish’s medical report be retrieved from the Ra’s Al-Teen hospital.

“We asked about the report at the Ra’s Al-Teen hospital,” Salem said. “It turned out it wasn’t documented. It could therefore be a fabricated report”

Darwish accused Mustafa of slapping him in the face in January. Darwish’s medical report allegedly stated that he suffered from ‘a reddened left cheek’.

Salem said that the court refused the request to summon Darwish. It also refused to release Mustafa on bail until the appeal hearing.

Salem said there was a heavy security presence outside the Borg Al-Arab court, where Mustafa was tried. He said that there were 15 Central Security Force cars and two police tanks outside. “These are exaggerated security measures intended to terrorise those present,” Salem said.

Mustafa’s trial was supposed to take place at the Al-Mansheya Court complex. The head of the Appeals court of Alexandria delegated the Borg Al-Arab court to take over the case, citing security concerns as reasons for the transfer.

“This is an unprecedented legal incident,” said lawyer Mohamed Hafez. Although the transfer is not illegal in itself, Hafez said that it is strange for a court to take a case for security reasons.

Salem said that Mustafa’s family was unaware the location for his trial had been changed. “We went to Al-Mansheya court first but we didn’t find him there. We were lucky to reach Borg Al-Arab court before the session was suspended,” he said.

A protest was held outside Al-Mansheya court in solidarity with Mustafa. Salem said that some protesters had come from as far as Cairo and Damanhour. The protest then marched to Mustafa’s house.

Another protest was held outside the High Court building in Cairo in solidarity with Mustafa during his trial. Members from the 6 April Movement were among the participants.

Mustafa is a well-known activist in Alexandria. He was arrested on 6 April 2008 during a demonstration supporting the Mahalla workers’ strike.