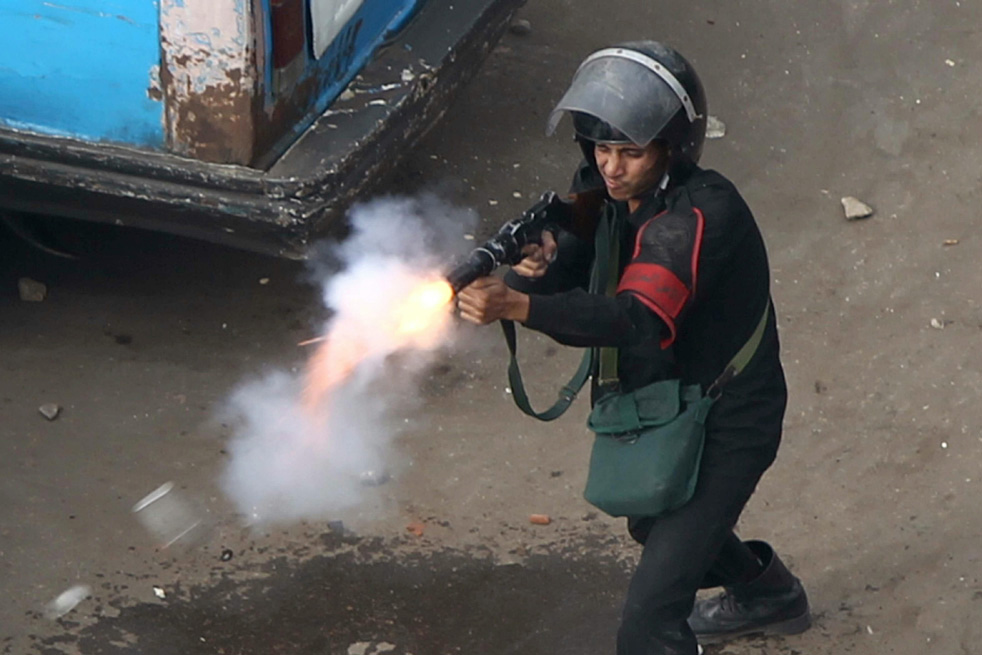 Families of living in ‘Ezbet Abu Hamed and ‘Ezbet Khalifa in Qena have accused the police of breaking into their houses and arresting over a dozen on Saturday.

Workers at Ganoub El Wadi Petroleum Company have been on strike since February calling for fulltime contracts in the company.

The workers’ were camping outside the company office near ‘Ezbet Abu Hamed, preventing entrance into the office and cutting the natural gas pipes, reported state-owned Al-Ahram.

Families claim the police broke into the striking workers’ houses at dawn on Saturday, arresting the strikers and their family members while they were still in their pyjamas. They were allegedly beaten up during their arrest.

Qena-based journalist Ahlam Al-Qady stated the police raided the villages with gunshots and teargas canisters. She said 15 men were arrested, 10 of them belonging to the striking workers, the rest being families of the strikers. She said that three of the detainees must carry out court rulings.

Al-Ahram reported that 20 strikers surrounding the company office were arrested following exchanges of gunshots between them and the police. Arrest warrants were issued for 18 striking workers.

Qena Security Director Salah Mazeed told Al-Ahram that the police raided the detainees’ houses upon the issuance of arrest warrants by public prosecutors. Mazeed stated that those arrested are all registered convicts. He added that the security forces exercised self-restraint when dealing with the families “who kept attacking them with Molotov cocktails”.

Al-Qady denied that any of those arrested are registered convicts. “I dare the police to prove that any of them is an outlaw,” she said. “They are all respectable people.”

Security forces removed the strikers’ tents and forcefully opened the company headquarters after almost two months of being closed by the sit-in, reported Al-Ahram. During the process of opening the office, clashes erupted between police and the strikers. Al-Ahram reported that the strikers pelted rocks and Molotov cocktails at the police.

The Ministry of Interior spokesperson was not available for further comment.

One man, Mohamed Noor, was arrested alongside his two sons, said Al-Qady. She claimed his wife’s leg was broken as a result of the police attack.

“The company’s administration met with the striking workers last week,” Al-Qady said. “They asked all those who wanted to be hired fulltime at the company to list their names. 15 workers did so.”

Basma Zahran, a lawyer at Al-Nadeem Centre for Rehabilitation of Torture Victims, said the houses of the strikers’ families were specifically targeted during “the police raid”.

In protest over the arrests, families blocked the ‘Ezbet Abu Hamed road. 12 were arrested for blocking the road, reported Al-Ahram. Two policemen were reportedly injured in the process. The police fired teargas to control the families’ attacks, according to Al-Ahram.

Zahran and Al-Qady said the families were unable to figure out where the detainees were being held. Al-Qady resorted to asking the Qena security director, who refused to reveal to her the location of their detention. The attorney general told her the detainees will be referred to investigation on Sunday.