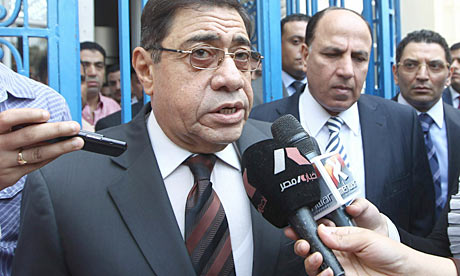 Former Prosecutor General Abdel Meguid Mahmoud submitted a second request to the Cairo Court of Appeals for an executive report detailing how the ruling to restore him to office should be carried out.

Mahmoud’s representative and Court of Cassation Deputy Chairman Medhat Saad El-Din had already submitted a request and the Cairo Court of Appeals set a date of 27 May to rule on the request. Saad El-Din then appealed in an attempt to expedite the decision.

Saad El-Din said a court clerk refused to receive his appeal documents and he sent another appeal to the court today, demanding the court look into his request as soon as possible.

The Cairo Court of Appeals ruled in March to reverse President Mohamed Morsi’s appointment of Prosecutor General Tala’at Abdallah and dismissal of Mahmoud. The judge, however, did not specify how the verdict should be carried out and did not say if it should be carried out immediately or after a court of second instance rules on an appeal.

Abdallah is yet to appeal the verdict but has continued to carry out his duties as prosecutor general since it was issued.

The prosecutor general, who was appointed by Morsi unilaterally in November through a constitutional decree, is currently in Qatar to meet with his Qatari counterpart.

Abdallah and the Qatari prosecutor general are set to discuss judicial cooperation and the restoration of funds smuggled abroad by former regime officials.

He is hoping to secure the Qatari judiciary’s help in pressuring European and other foreign governments into revealing information and restoring funds stolen by members of former president Hosni Mubarak’s regime.