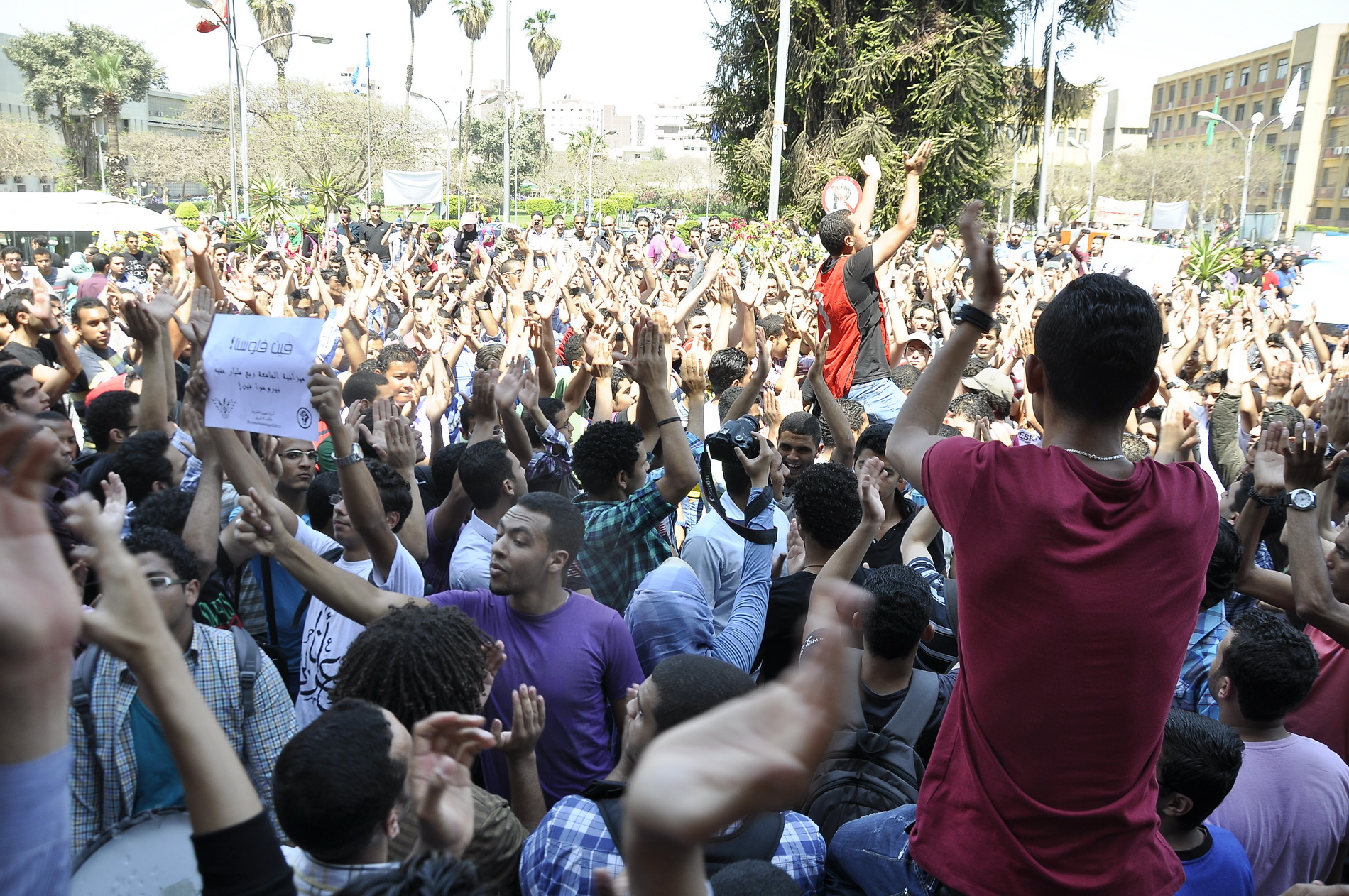 Student union members organised a protest on Sunday entitled “no to thuggery” where they called for hiring civilian security to protect the university campus.

The march began at Al-Nour mosque in Abasseya, where it resumed until it reached Al-Zaafaran Palace which hosts the university president’s office. When the protest reached the Faculty of Law, students claim to have been attacked with rocks and glass shards by members of the New Vision student club.

The New Vision student club was established after the 25 January Revolution by Gharib Mahmoud. The club currently holds a significant share of the Faculty of Law’s student union seats. Radwa Yassin, a student union member at the Faculty of Engineering, described Mahmoud as “the police’s thug”. Several students confirmed that Mahmoud was affiliated with Homeland Security before the revolution, then known as State Security.

Yassin accused the current university security of siding with Mahmoud. “They stand idly and watch thugs as they attack students,” she said.

Revolutionary Socialists students stated that the university administration’s negligence towards the acts of “thuggery” committed by Mahmoud aim at bringing Homeland Security back to the university campus to secure it.

Al-Tayar Al-Sha’aby students issued a statement condemning the attack on the march. They also called for punishing university administration members responsible for the attack. The Al-Tayar Al-Sha’aby students asserted their refusal to bring any security affiliated with the Ministry of Interior back to campus. They also called for holding the minister of higher education accountable for all acts of violence which took over universities recently.

The 6 April Youth Movement (democratic front) students also condemned the attacks and New Vision’s complicity in them. They vowed to escalate matters in response to the attack.

The New Vision student club representatives could not be reached for comment.

Former State Security was tasked with securing university campuses until a court decision issued in October 2010 preventing any security officials affiliated with the Ministry of Interior from securing university campuses. Political activists often accused State Security members of cracking down on political activities within campuses rather than securing students.