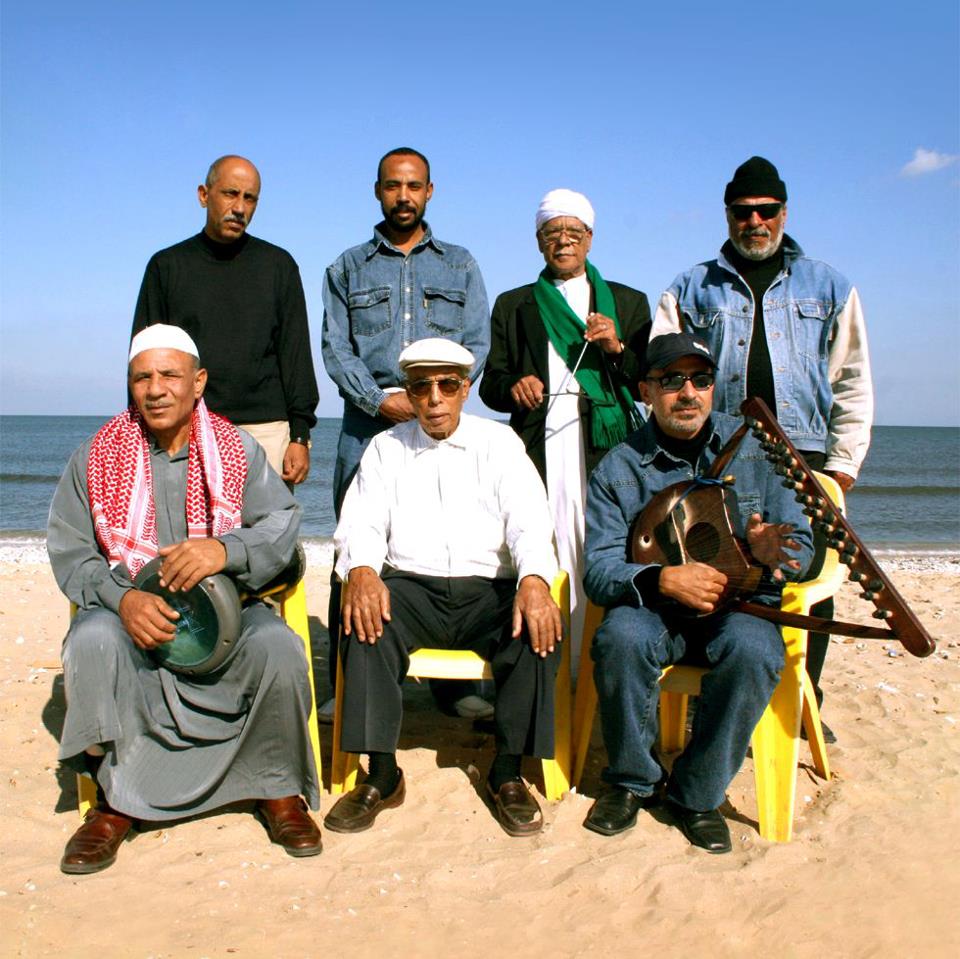 Al-Tanbura announced the launch of their third, locally produced album “26th of January”. The album includes national folk songs from the time of the Tripartite Aggression on Port Said and the Suez Canal in 1956 until the recent public unrest that took place in Port Said last month.

All songs are performed on traditional folkloric instruments from Port Said like the semsemya, the tanbura and many others. The Al-Tanbura band, named after the lyre that is traditional to Port Said, Suez and the whole Red Sea region, aims to preserve the songs that were written on the occasion of foreign assaults in order to conserve the national sentiment at the time and the resistance they provoked.

Al-Tanbura, established in 1989, performs their special folk songs regularly; every Wednesday in Port Said as well as occasionally in El-Damma theatre owned by El-Mastaba Centre for Egyptian Folk Music.

“26th of January” is Al-Tanbura’s third album, after their earlier work “Nawh El-Hamam” and “Ahwa Qamar”. “We chose the title ‘26th of January’ because of the significance of the date; it marks the day where the verdict of the trial of the Al-Masry fans was announced,” Zakaria Ibrahim, singer and founder of Al-Tanbura said.

The verdict sentenced a large group of the Al-Masry fans on trial to death. The trial established who was responsible for the death of the many Al-Ahly fans after the football match, which took place last year and the verdict was considered oppressive and unfair by most of the inhabitants of Port Said. The decision evoked a lot of resentment in the city and clashes occurred between security forces and Port Said residents, strikes and demonstrations challenging the verdict were held and the situation consequently developed to civil disobedience paralysing the whole city for more than a week.

Al-Tanbura took part in the civil disobedience by performing their songs that tell the stories of defiance of injustice and perseverance under attack on a daily basis during the strike.

The new album includes the most significant, traditional songs of Port Said as well as two new songs; one called “26th of January” and the other called “25 years Tanbura”, written on the occasion of the 25th anniversary of the band.

The production costs of the album were covered by the band members and it was recorded in only one day in an attempt to keep the costs as low as possible. The album will be sold for EGP 5 because “The main goal behind this production, beside documentation, is increasing national and political awareness,” Ibrahim said.

The album features only those traditional songs that are relevant to the current social and political situation of Port Said and Egypt and it will be available at all Al-Tanbura concerts.

Al-Tanbura has received several local and international awards for its efforts in reviving traditional Egyptian folklore. Besides its loyal Egyptian audience, theAl- Tanbura band has many followers in several countries around the world; it has performed in Canada, Australia and Europe and the band was featured in a number of international music festivals like WOMAD in England and WOMEX in Spain.