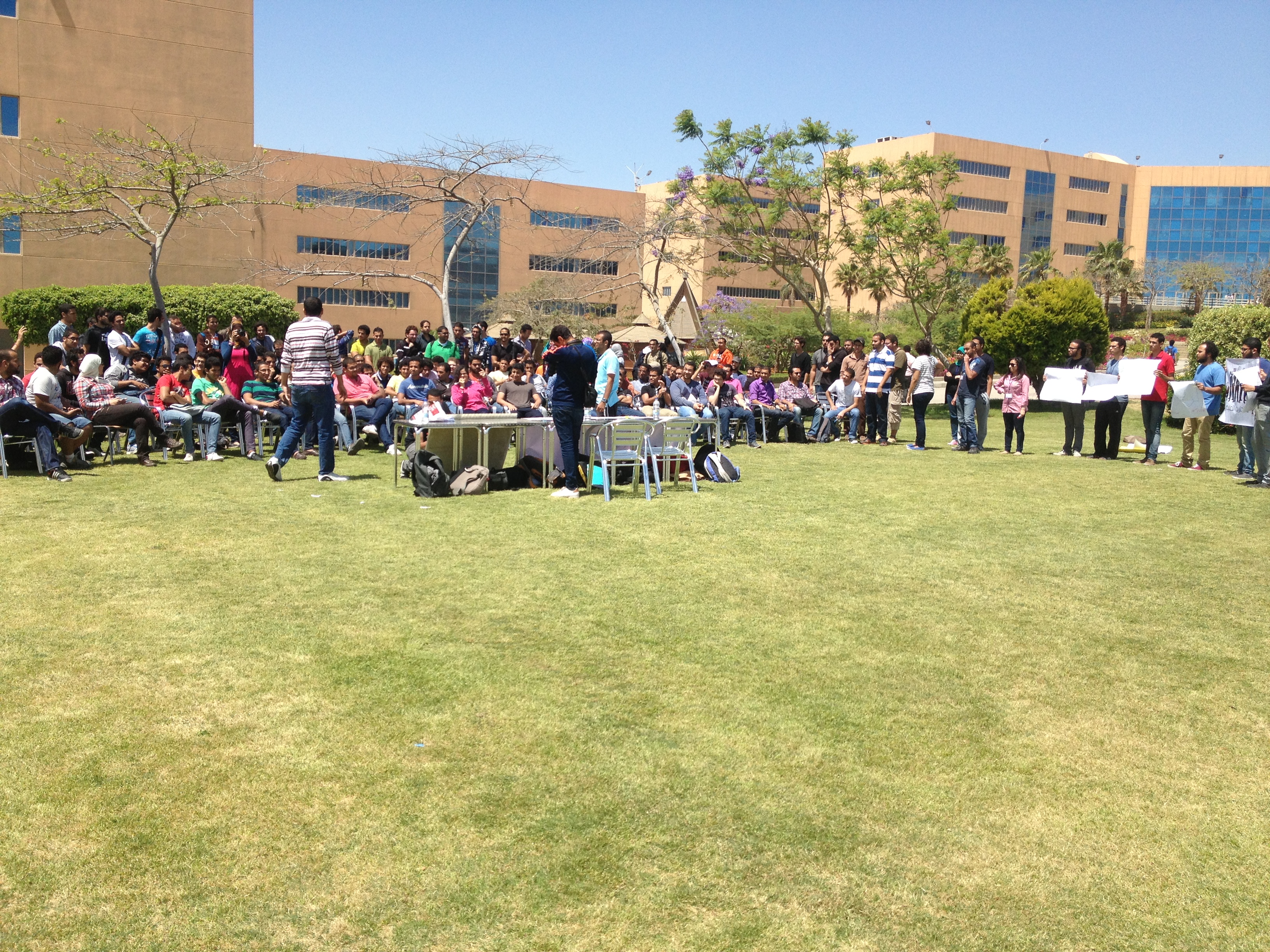 Students at the German University in Cairo (GUC) gathered at the university campus on Sunday to protest against the administration following its decision to increase tuition fees. The students blocked the entrance to the financial affairs office.

Ahmed Hesham, a student at GUC, reported that approximately 400 students attended the protest on Sunday. He added that the students had blocked the entrance to the financial affairs office and were still discussing what action to take in the next few days.

The students set up a petition refusing the administration’s decision and by Saturday evening they had collected 1,710 signatures and intended to continue collecting more on Sunday.

The financial affairs office informed the students of the rise in fees via email last Wednesday, said Hesham. He added that the increase in fees is 8% from last year, but the students reject this rise on the basis that there have been no improvements around the university. “There are 10, 000 students at GUC and we have three computer rooms, less than 100 computers for the whole campus,” Hesham said, adding this is one example of many improvements the students want to see around their campus.

The GUC Leftist Student movement published a statement in response to the rise in fees last Wednesday, saying the administration has “continued its usual policy of placing the burden upon the students and treating them like customers and not seekers of knowledge”.

The GUC administration could not be reached for comment.