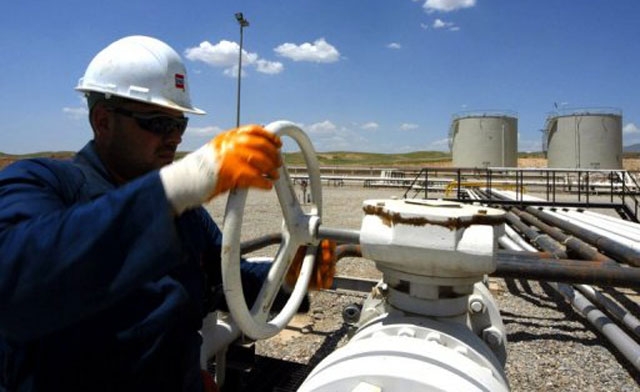 There are no further plans regarding an oil pipeline to Egypt from Iraq, according to the Iraqi embassy in Egypt.

An agreement between the Iraq State Company for Oil Projects (ISCOP) and Egypt was signed recently, the Embassy has confirmed.

However, the Embassy also said there are no specific plans on how to extend the pipeline to Egypt, as well as the amounts of crude oil which will be supplied.

“There is currently an agreement between us,” said the Embassy’s media representative. “But we haven’t yet received any official communications from Baghdad regarding their plans.”

He continued: “There is already an oil pipeline from Iraq to Amman in Jordan, but the embassy hasn’t received any additional news regarding this issue.”

A technical delegation from the Iraqi Oil Ministry arrived on Saturday in Cairo and is currently in talks with the Egyptian government to supply the latter with 4m barrels of crude oil.

Last month Egypt signed an agreement with Iraq to construct crude oil pipelines passing through Jordan between the two countries in order to start refining oil in Egypt into products such as diesel, gasoline and liquefied petroleum gas (LPG).

Egypt produces 22,000 tonnes of diesel per day while consumption has reached 35,000 tonnes per day.

According to the Anadol news agency, Egypt has been planning to announce an international tender for shipping companies to transport Egypt oil imports from Iraq this month.

Iraq’s Oil Ministry previously announced that it signed an agreement with Jordan to extend an oil transportation pipeline from Basra in the south of the country to the Jordanian port of Aqaba.

Egypt has been experiencing problems with fuel supplies since May 2011.