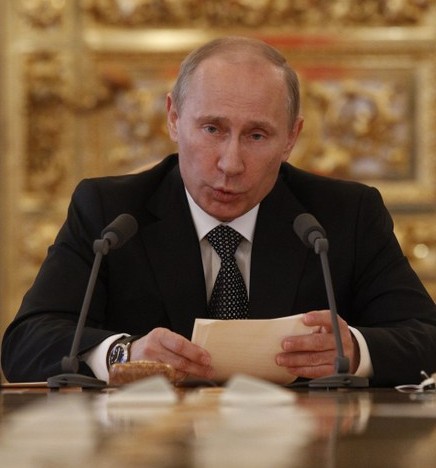 President Mohamed Morsi will discuss strengthening bilateral ties and alleviating the ongoing crisis in Syria with Russian President Vladimir Putin during his two-day visit to Moscow, which begins this Friday.

The two heads of state will seek to reinvigorate bilateral trade, especially when it comes to Russian investment in Egypt in the fields of energy, transportation, engineering, and defence, said state-owned Al-Ahram.

Morsi’s visit comes on the heels of a trip to Russia made by his assistant for foreign relations and international cooperation Essam Haddad, which ran from 9 to 12 April. His delegation included the Minister of Petroleum and Mineral Resources. Haddad met with high-ranking government officials in the Kremlin and State Duma, along with the country’s national security council and the ministers of foreign affairs, energy, economic development, and agriculture.

Haddad discussed bilateral relations in the fields of oil, gas, power generation, mining, Russian investment in Egyptian public transportation, and other subjects within a wide range of possible economic ties between the two countries, according to a statement released by the presidency.

Morsi’s office claimed that Russia was receptive to BRICS cooperation with Egypt. In an interview with Indian newspaper The Hindu last month, Morsi said that he hoped that Egypt would one day become a member of BRICS, making it E-BRICS and join Brazil, Russia, India, China, and South Africa as the emerging economies making up the association.

The presidential advisor also discussed Syria with Russian officials. Russia has repeatedly voted against resolutions seeking to apply pressure to Syrian President Bashar Al-Assad for his lethal use of force on civilians in the country, which has seen tens of thousands of deaths since the beginning of the conflict.