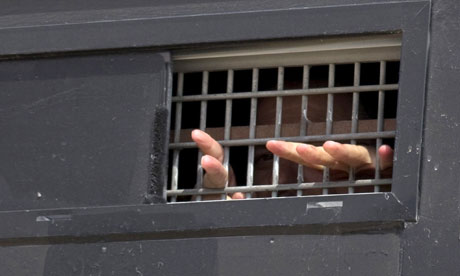 Nearly 20 residents of ‘Ezbet Abu Hamed and ‘Ezbet Khalifa in Qena were detained for four days after being arrested for staging a sit-in.

The detainees are part of a group of workers at Ganoub El Wadi Petroleum Company who have been on strike and camping out in front of the company since February, demanding fulltime contracts.

Ahlam Al-Qady, a Qena-based journalist, said that three were released on Saturday evening before the rest were referred to investigation.

“The rest were prosecuted at the Qena Security Directorate until after midnight on Saturday,” said Ahmed Riyadh, their lawyer. He said the detainees were accused of resisting authorities. Their investigation will resume on Tuesday.

Qena Security Director Salah Mazeed told state-owned Al-Ahram that the police raided the detainees’ houses upon the issuance of arrest warrants by public prosecutors. Mazeed stated that those arrested are all registered convicts. He added that the security forces exercised self-restraint when dealing with the families “who kept attacking them with Molotov cocktails”.

The detainees said they were arrested from their homes at dawn. Yasser Mahmoud, one of those released on Saturday, said the police raided their houses, going in while women were still sleeping.

Security forces removed the strikers’ tents near the petroleum company and forcefully opened the company headquarters on Saturday after almost two months of being closed by the sit-in, reported Al-Ahram.