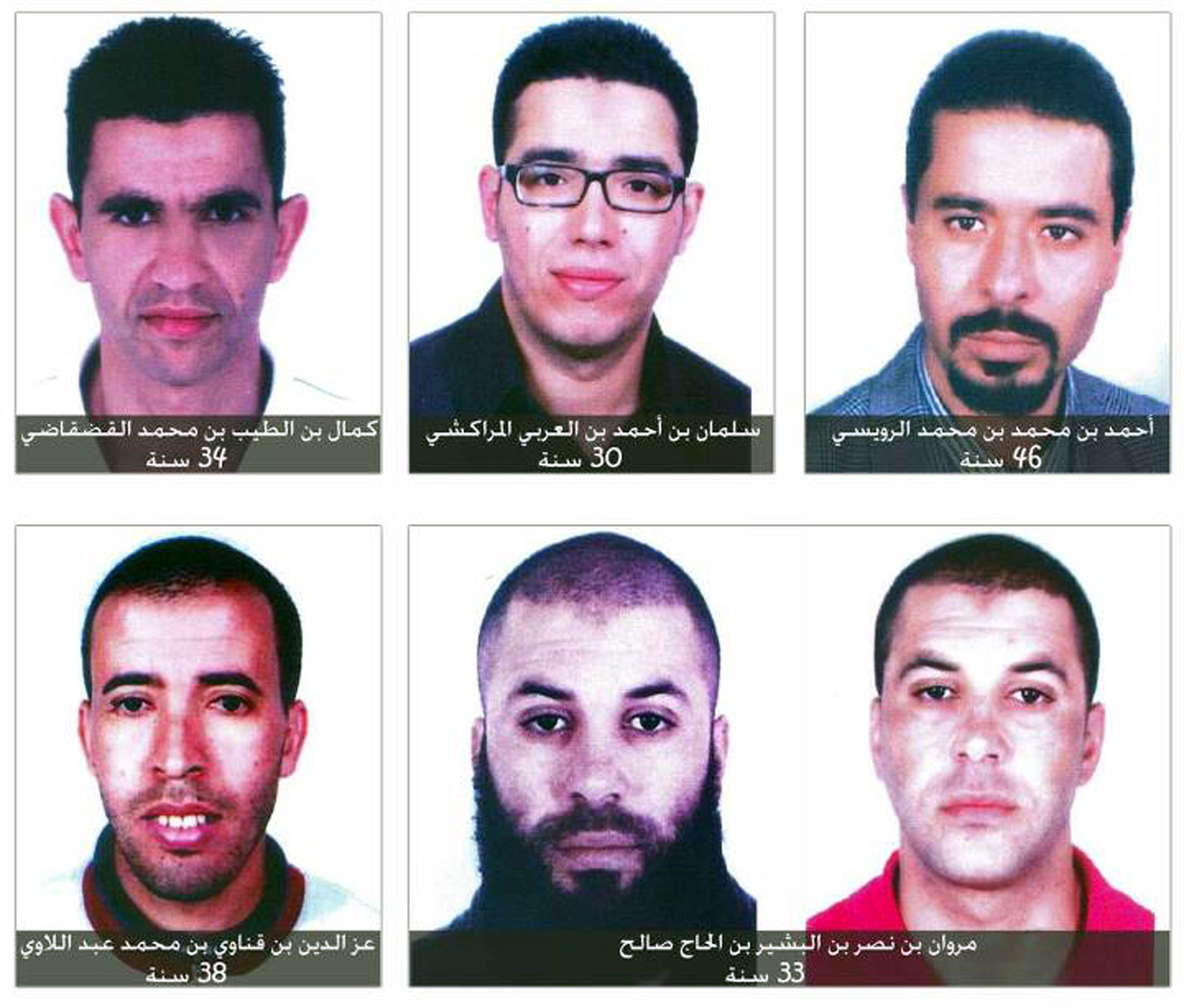 (AFP) – Tunisia’s interior ministry released on Saturday the photos of five Islamists wanted for the assassination in February of secular opposition politician Chokri Belaid and appealed for help in arresting them.

In a statement on its Facebook page, the ministry published photos of Kamel Gathgathi, 39, the alleged shooter. Wanted as accomplices are Ahmed Rouissi, 46, Salmane Marakchi, 30, Marouane Ben Haj Salah, 33, and Ezzedine Abdelaoui, 38.

Four other alleged accomplices have already been arrested in connection with the February 6 shooting of Belaid outside his Tunis home that prompted clashes between protesters and police, sparking a major political crisis.

The photos were not released until Saturday because the authorities needed prior judicial approval.

Belaid was a harsh critic of the ruling Islamist party Ennahda. Then interior minister and current premier Ali Larayedh said the assassins belong to an Islamist cell.

Belaid’s relatives have even accused Ennahda of being behind the assassination, something the party strongly denies.

Since the revolution that toppled the regime of Zine el Abidine Ben Ali in January 2011, radical Islamists have been accused of numerous incidents of violence.

Tunisia is facing a growing number of Islamist groups that authorities say are responsible for incidents such as an attack on the US embassy in Tunis in September that left four assailants dead and Belaid’s assassination.

On Thursday night, police killed a Salafist Muslim after a group of assailants attacked a police station in the northeastern town of Hergla.