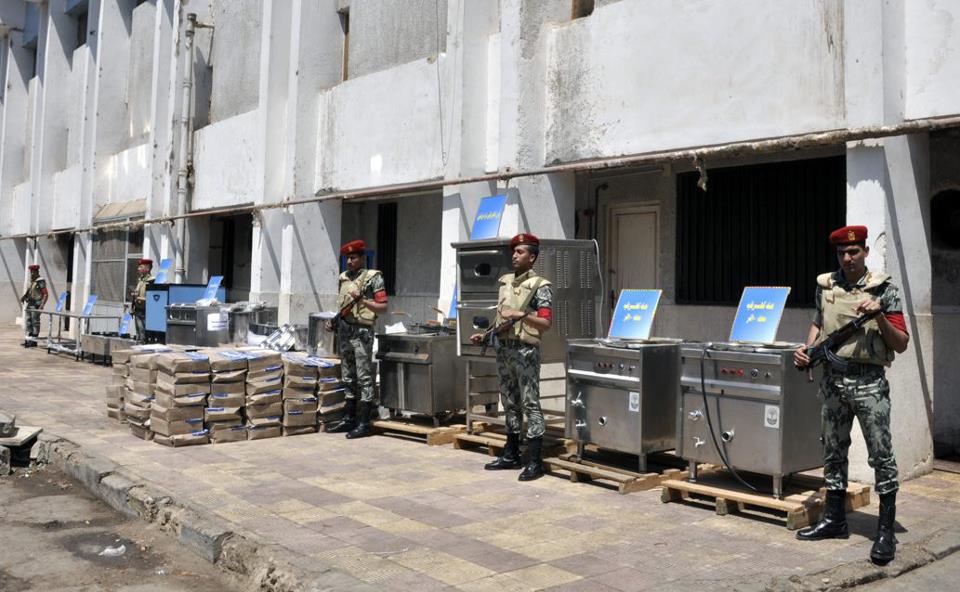 Minister of Defence Abdul Fatah Al-Sisi approved the delivery of new equipment to Al-Azhar University for student accommodations to improve the quality of the kitchens and lounges, following the recent outbreak of food poisoning in the university’s dormitories early in April.

The Armed Forces published a statement regarding the new equipment on its official Facebook page on Sunday, the same day the equipment was delivered. The equipment included “several items of cooking equipment and tools necessary for the preservation and handling of food”, according to the statement. Al-Sisi also approved the formation of a committee to monitor the development of the student accommodation facilities.

An Armed Forces spokesperson said on Monday: “The delivery is not directly related to the food poisoning incident, but the university announced that it was developing these facilities and the Armed Forces believed that it could help in a small way.” The spokesperson added: “The Armed Forces support many national institutions in the civil sector. It builds roads, houses and other buildings. Al-Azhar is a priority as it is a highly respected institution.”

Grand Imam of Al-Azhar Ahmed Al-Tayeb released a statement thanking the Armed Forces and Al-Sisi for the equipment. The statement added that Al-Tayeb “expresses pride in the efforts to protect Egypt and its institutions”.

Al-Tayeb announced that elections would be held to replace the head of the university, Osama Al-Abd and his top aides. The prosecution also ordered the detention of six of the university’s officials to be investigated in relation to the food poisoning incident.