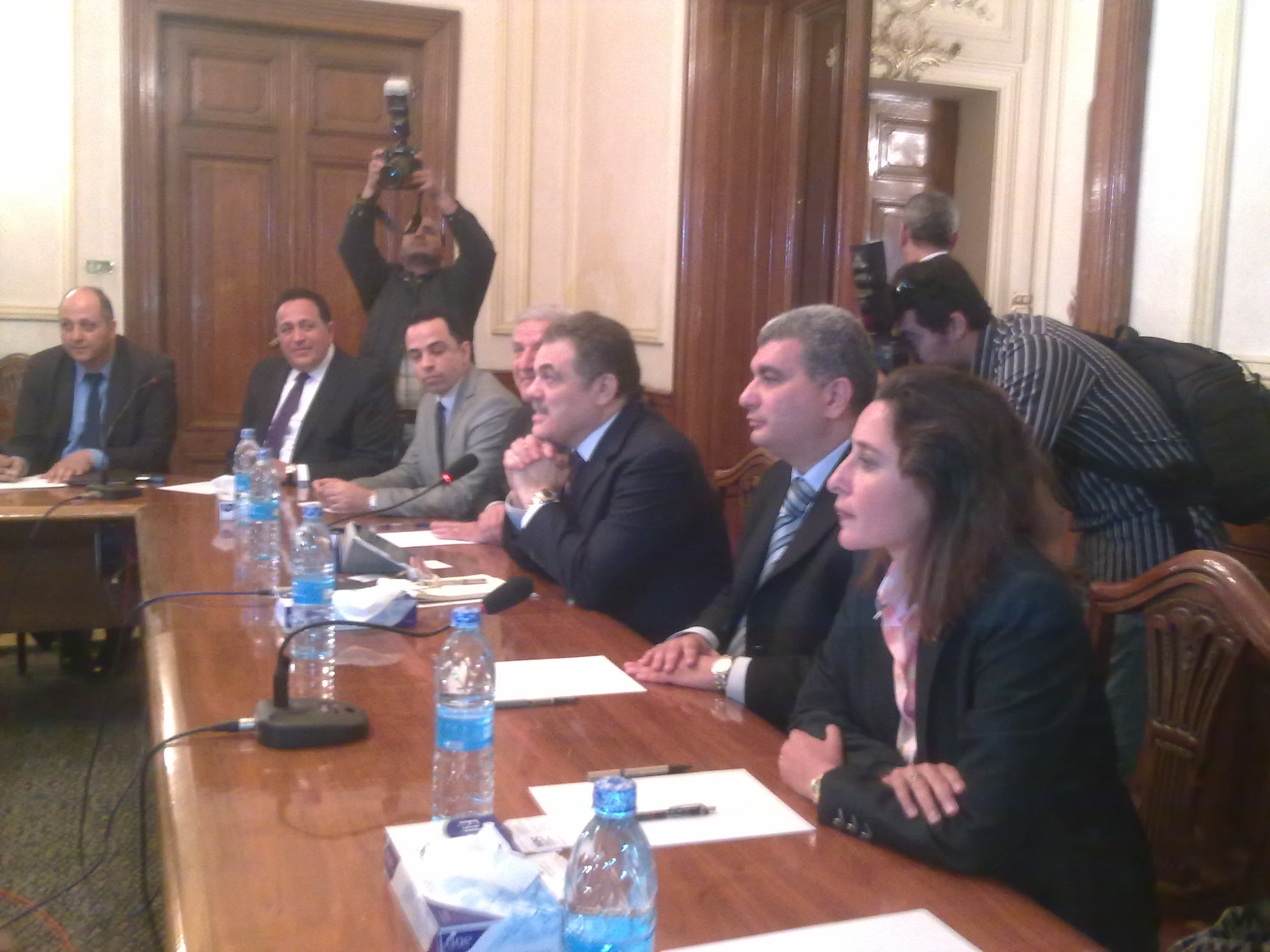 The International Monetary Fund (IMF) delegation met on Monday with Al-Wafd Party leaders as part of their recent efforts to engage Egypt’s opposition, and to discuss the proposed $4.8bn IMF loan and the current economic situation in the country.

“It was an excellent and very important meeting,” said Division Chief in the Middle East and Central Asia for the IMF Andreas Bauer to Daily News Egypt.

“We talked with the IMF about the importance of this loan, especially during this period which has seen a decline in the trade balance due to the exodus of capital along with the decline in tourism revenues,” said El-Sayed El-Badawi, the chairman of the Wafd Party, during a press conference following the meeting with the IMF delegation.

He continued: “The IMF loan is not just about the $4.8bn, but will help improve Egypt’s credit situation and allow us to reduce our $10m in debt, allowing foreign and Arab investors to trust Egypt with their funds.”

“Egypt is an important country for the IMF, which is a collection of 188 member states,” said the IMF delegation. “We will not wait for the situation to worsen again the way it did five months ago when talks were halted as President Mohamed Morsi reversed his tax reforms. However, there is currently no timeframe for initial acceptance [of the loan].”

El-Badawi added that the Al-Wafd Party “believes in economic freedom accompanied with social justice, so as not to create further hardships and burdens for lower income citizens”.

The party emphasised the importance of a new government with a new vision “that can give hope to the public, a government that can be honest with the public”.

Regarding the likelihood of Egypt’s receiving the loan, the IMF delegation said that there were “some things still needed from the government” in order to secure the $4.8bn.

The head of the delegation spoke about the IMF programme features, stating that its most basic terms were related to “plugging financing gaps, promoting the investment environment, and achieving social justice,” according to Fakhry Al-Feqi, shadow minister of finance in the Al-Wafd Party.

Al-Feqi said that his party recommended decreasing the deficit and reforming subsidies “which waste billions of the public budget” every year.

“We encourage directing subsidies to those who need them,” he said. “We encourage the smart card and coupon systems to be used temporarily, as we prefer a gradual decrease of the subsidies after one year so prices can gradually decrease in turn. So within five or ten years these coupons can finally be cancelled.”

He continued: “El-Badawi said that the new coupons should not include bread, because subsided bread should be available to all Egyptians. Subsided bread represents only EGP 16m of the general budget, while other subsidies require EGP 168bn.”

“Income taxes shouldn’t increase by 30% for individuals and 25% for companies. Egypt should encourage investments, as Egypt is severely in need of capital and investments in its domestic market,” he said.

He continued: “This will also stem rising unemployment, especially after the huge recent increases in numbers of unemployed Egyptians.”

“I think there is a strong possibility that the loan will be granted soon,” said Al-Feqi. “I think they [the IMF] won’t want to delay it any further, as it will be very difficult to get acceptance if the talks are delayed yet again.”

The IMF delegation also said Egypt’s attendance of the IMF Spring Conference on 21 April in Washington, with the ministers of the 188 member states present, would be a good opportunity to open doors for new loans to fill the country’s widening deficit.

“The Egyptian economy is now operating at 50% capacity, but it still has various sources of revenues,” said Al-Feqi

Al-Feqi emphasised there will be no temporary loan and no more additional loans following the $3bn in Qatari aid.

“This loan won’t solve Egypt’s problems,” said Abdallah Mohamed El-Moghazy, spokesperson of the Al-Wafd Party. “It is just a trust certificate. We gave the IMF two main points to take home: firstly, that we do not trust the current government; and, secondly, that it is the citizen who will bear the decrease in subsidies and tax rises.”

He added: “I bet there will be an agreement on the loan by June.”