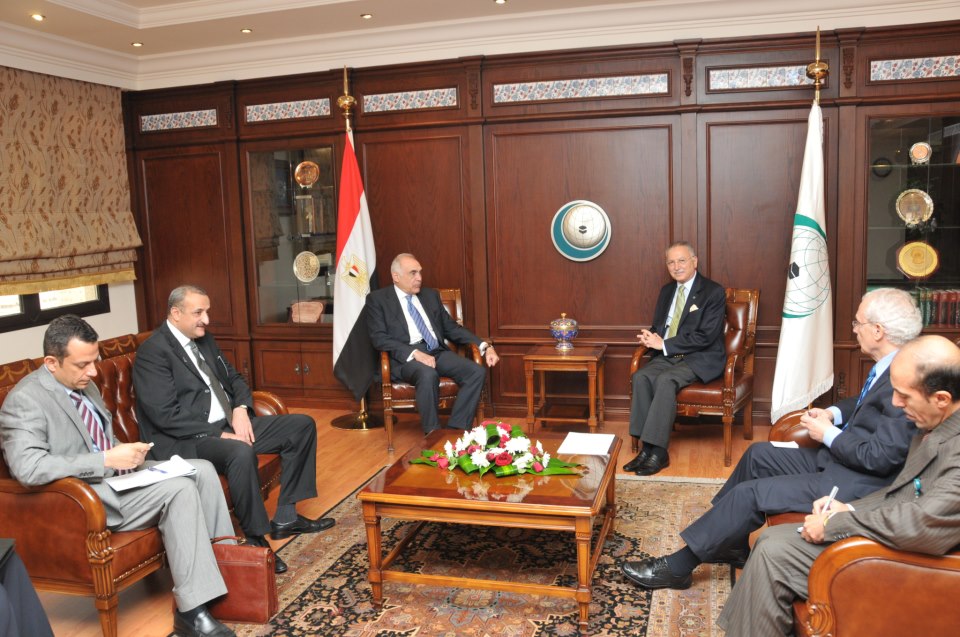 The Organisation of Islamic Cooperation (OIC) hosted a meeting in Jeddah on Sunday with the Contact Group for the Rohingya community of Myanmar. The secretary general of the organisation expressed concern over “the spill over of violence against Muslims, to affect other areas adjacent to it” following reports of violence between Buddhists and Muslims in Sri Lanka.

Secretary General Ekmeleddin Ihsanoglu was speaking at the meeting that was attended by Minister of Foreign Affairs Mohamed Kamel Amr along with other ministers from OIC member states.

Kamel Amr posted on his official Facebook page on Sunday after the meeting an outline of Egypt’s position regarding the crisis in Myanmar and proposed a four-point plan.

“There are no arguments or excuses to justify this tragedy, and it requires urgent and effective action by the Myanmar government regarding the crimes committed against humanity and violations of the rights of the Rohingya and many of the country’s Muslims,” the minister wrote.

Kamel Amr’s four-point plan calls on the Myanmar government to reopen the office of the Organisation of Humanitarian Affairs in Yangon. This would hold the government accountable to the memorandum of understanding signed in 2012, which stated that the government should “provide material and humanitarian support necessary to improve living conditions” of the Rohingya Muslims.

Kamel Amr also called for increased communication with the Myanmar government and the organisation of a humanitarian visit by the OIC contact group. He added that Egypt has “had numerous contacts with the Myanmar authorities” in regards to the visit, and recommended that the other members of the group “intensify efforts in this regard”.

He also highlighted the need to pressure the United Nations Human Rights Council “to condemn the ongoing violations and to intensify efforts to push the government of Myanmar to assume its responsibilities towards its citizens from the Rohingya ethnicity”. The final part of Kamel Amr’s plan is for the countries that are hosting refugees to launch an “intensive media campaign to highlight the suffering of the displaced people due to the difficult humanitarian conditions in the camps”.

The plight of the Rohingya Muslims in Myanmar is an issue that many groups in Egypt want the government to pay more attention to. Last Friday a group of Salafi protesters demonstrated against the violence outside the Myanmar embassy in Cairo. In November the Free Egyptians Party attempted to march against the violence but security forces prevented them from reaching the embassy. The Ministry of Foreign Affairs condemned the renewed violence at the beginning of April.

The conflict between Buddhists and Muslims in Myanmar resurfaced in March in the state of Arakan in the western region of the country.  At the end of March Human Rights Watch (HRW) called on the Myanmar government to “permit unfettered access to humanitarian agencies” as a way to help end the crisis.

HRW reported that violence in Arakan started in June 2012 and has been “facilitated by and at times involving state security forces and government officials”. The rights group believes more than 125,000 Rohingya and Kaman Muslims have been displaced as a result of the violence.

The humanitarian situation in the country is dire, according to HRW. Camps for the displaced people “are located in paddy fields and lowland areas that face heavy flooding during the rainy season, which will begin in May”. HRW added that the government has not made any attempt to relocate these people. The rights group also reported that the Muslims in Myanmar are subjected to “discriminatory policies”.

Kamel Amr also held a number of meetings on the sidelines of the main meeting. He met with his counterpart from Bangladesh to discuss “political and economic relations”. He also met with Turkish Foreign Minister Ahmet Davutoğlu to discuss the Syrian Crisis.