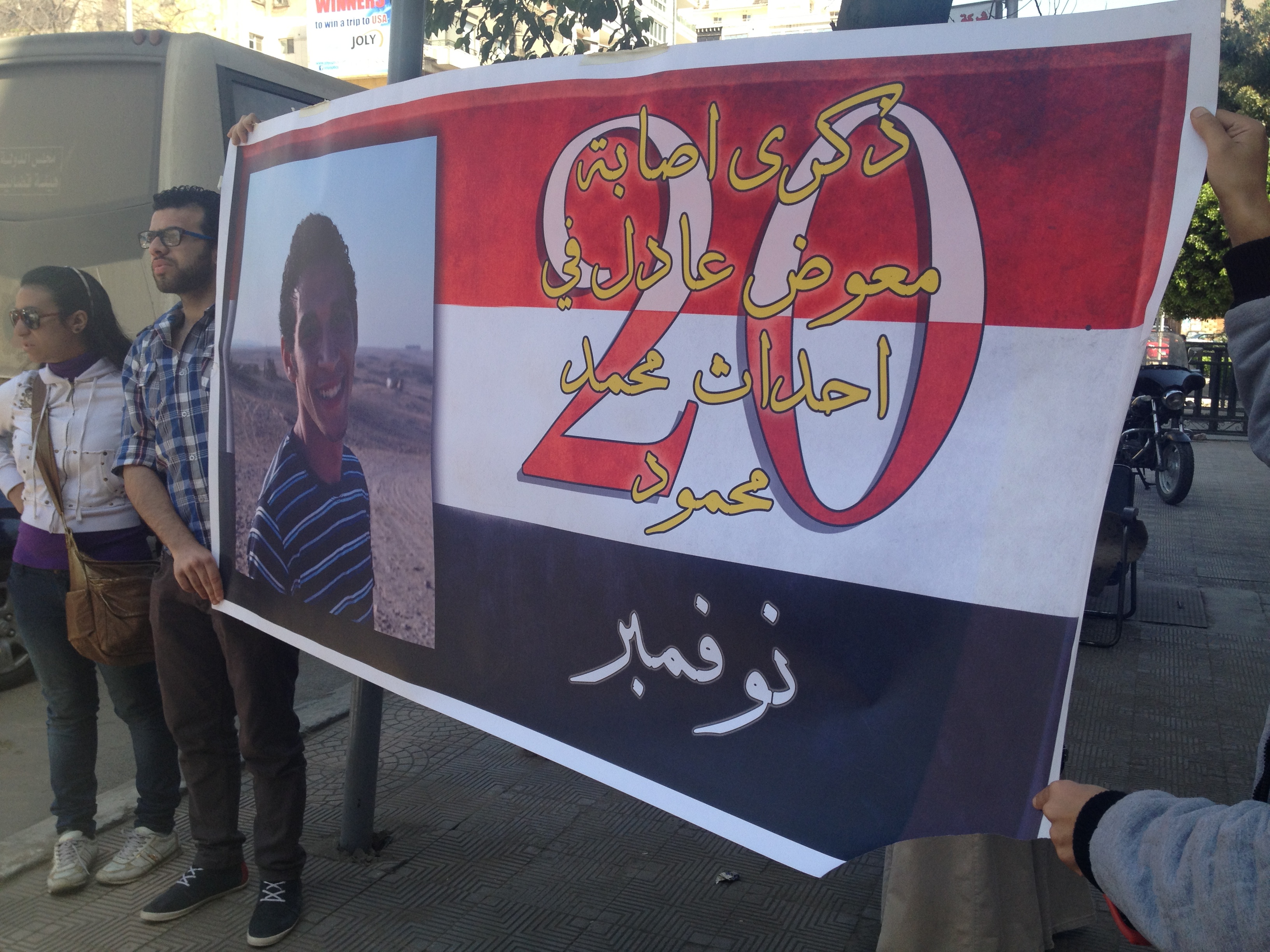 Despite a court verdict ordering his treatment abroad at the expense of the state, the comatose protester Mo’awad Adel remains in a hospital waiting to be transferred to the United Kingdom.

A pharmacy student, Adel has been in a coma for nearly 15 months after sustaining an injury while assisting injured demonstrators in a field hospital during the Mohamed Mahmoud Street clashes in November 2011.

Adel’s lawyer, Mohamed Seliman, said he plans to file a complaint against the president, the prime minister, the health minister, and the secretary general of the National Council for Assisting Families of those Killed or Injured during the Revolution for refraining from seeing the verdict through. “The misdemeanor of preventing the implementation of a court verdict is punishable by imprisonment,” Seliman said.

“I asked if any procedures have been taken to prepare for Adel’s travelling, they said they will ask for the assistance of the State Council’s legislative committee,” Seliman said, describing their response as stalling.

Suzanne Gamal, the secretary of the council’s Secretary General, said that the council has approved Adel’s travelling. “Now, it’s up to his family to complete the papers needed for his travel,” Gamal said.

Seliman said that when the Administrative Judiciary Court issued its verdict two weeks ago, it was expected that Adel would be travelling within a week or ten days maximum due to Adel’s pressing condition.

“Yet, this is how the council generally functions, it’s not personally directed towards Adel,” Seliman said. He mentioned the case of Kamal Abdel Ghany, another protester injured during the revolution who also won a court case that ordered his treatment abroad at the expense of the state. Abdel Ghany travelled a month after the verdict was issued, Seliman said.

“Victims and their families are subjected to utter humiliation at the hands of those working in the council,” Seliman said. He stated that the families stand in queues for hours in the sun to get an errand done at the council, where the employees’ “inhumane” treatment adds to their humiliation.

Seliman accused the council of threatening to withdraw health devices from victims injured during the 25 January Revolution. Menna Abdel Dayem, a protester injured on 28 January 2011, was denied her treatment expenses until she completes her submission papers, her mother said.

The council also demanded that Abdel Dayem hands in her wheelchair until she completes her papers. Her mother said she would never hand in the wheelchair. “They would have to throw her off it,” she said.

Gamal said that Abdel Dayem, alongside any other victim wishing to be treated at the expense of the council, should submit a medical report, a report from the prosecution regarding the incident of the injury, minutes of the investigation and a forensic report. “Of all the previous, Abdel Dayem only submitted a medical report,” Gamal said. “The moment she submits the rest of the papers, she’ll get funded for her treatment and get her wheelchair back.”

Families of victims injured during the revolution have long been subjected to hardships in order to secure state-funded treatment for those injured. Most of them end up resorting to the assistance of independent people, such as society figure Heba Elsewedy.