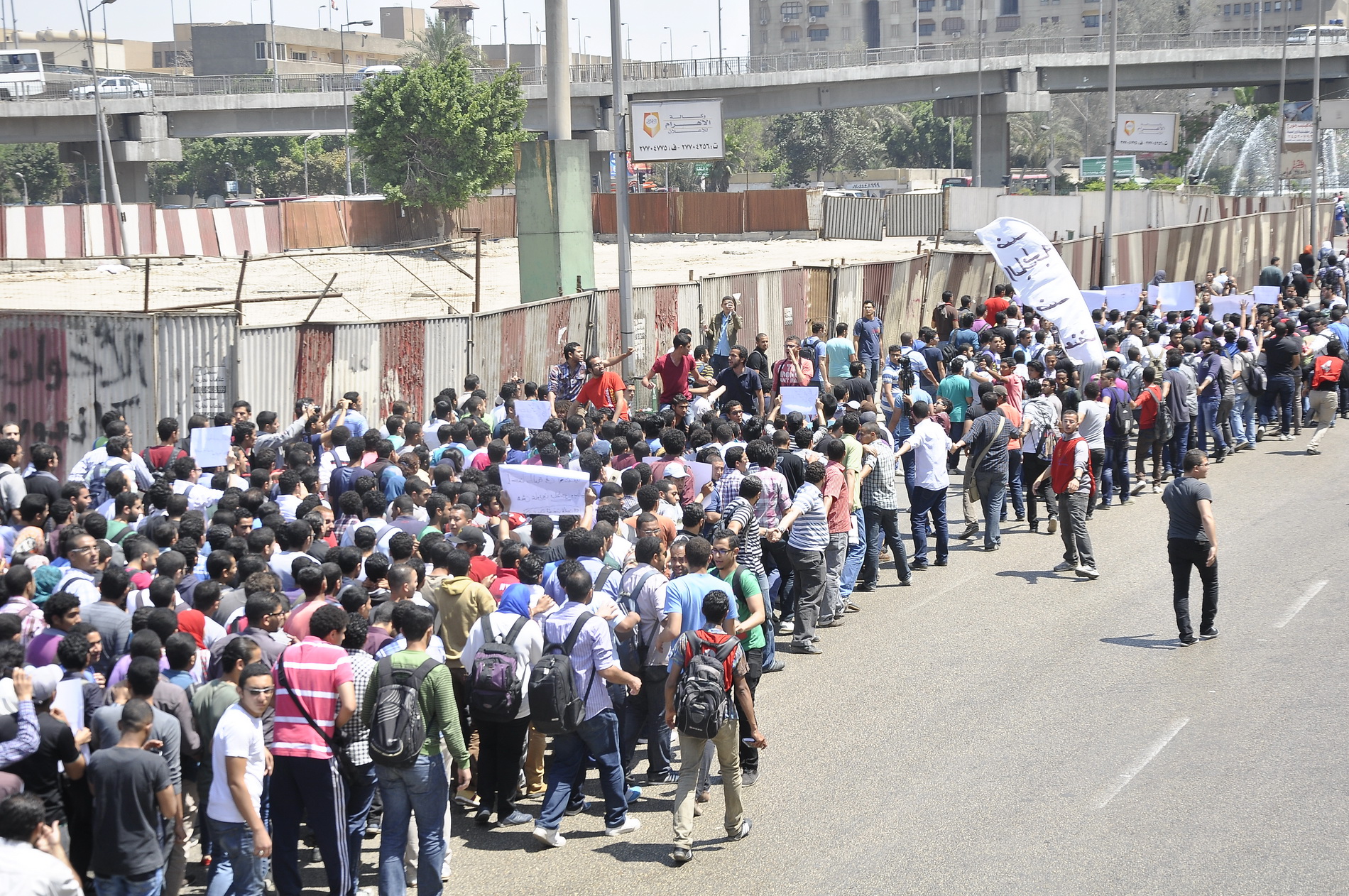 Clashes broke out again at Ain Shams University on Tuesday, drawing civilian and military police forces to campus to stop the fighting.

A protest entitled “No to thuggery” organised by student union members on Sunday turned violent after being attacked by the New Vision student club.

Students accused New Vision founder Gharib Mahmoud of inciting violence on Tuesday, referring to him and his club members as “thugs”.

“They came with Mahmoud to the university, armed with birdshot and swords,” Abdel Nasser said. The perpetrators allegedly attacked the headquarters of the Bedaya student club, as well as the headquarters of the Muslim Brotherhood student movement and the Al-Dostour Party student movement, Abdel Nasser said. “They are specifically targeting those who led Sunday’s protest.”

Mohamed Aboud, a professor of Arabic at the university, said university security allowed Mahmoud and his associates entrance to the university campus, despite applying strict security measures to other students.

The Ain Shams University administration announced on Monday that it would suspend the New Vision student club in the Faculties of Law and Arts, in response to the Student Union Council’s request.

The administration said it will refer all students implicated in Sunday’s violence for investigation and possible disciplinary councils.

In an effort to enhance university security, the administration announced it reached an agreement on Monday with a security company to install electronic gates and surveillance cameras around the university. The gates are expected to be installed in a month’s time.

Other university faculty staff and students were  less impressed by  the administration’s statement. Aboud launched a campaign to collect signatures calling for the resignation of university chairman Hussein Eissa. If he resigns, Aboud said, a general assembly would be called and a vote on the timings of an election for university leaders would be held.

“Professors at the Faculty of Alsun asked me to launch this campaign,” Aboud said. “Eissa’s performance insults the university.”

Aboud accused the university administration of cooperating with “thugs” such as Mahmoud.

“We are positive that the current acts of thuggery are triggered by the administration’s desire to get security personnel who work for the Ministry of Interior back to the university campus,” Aboud said.

State security forces  were previously tasked with securing university campuses until a court decision issued in October 2010 prevented security officials affiliated with the Ministry of Interior from working on university campuses. Political activists often accused State Security members of being more concerned with cracking down on political activists rather than ensuring students’ safety.

Alaa Hameed, vice-head of the Ain Shams University campus club, said the whole club was against such a campaign. “The current administration is doing fine,” Hameed said. He stated that Eissa is the second elected chairman in the history of the university.

“Before becoming chairman, he was elected as the dean of the Faculty of Commerce,” he said. “The man is apparently popular among the faculty staff.”