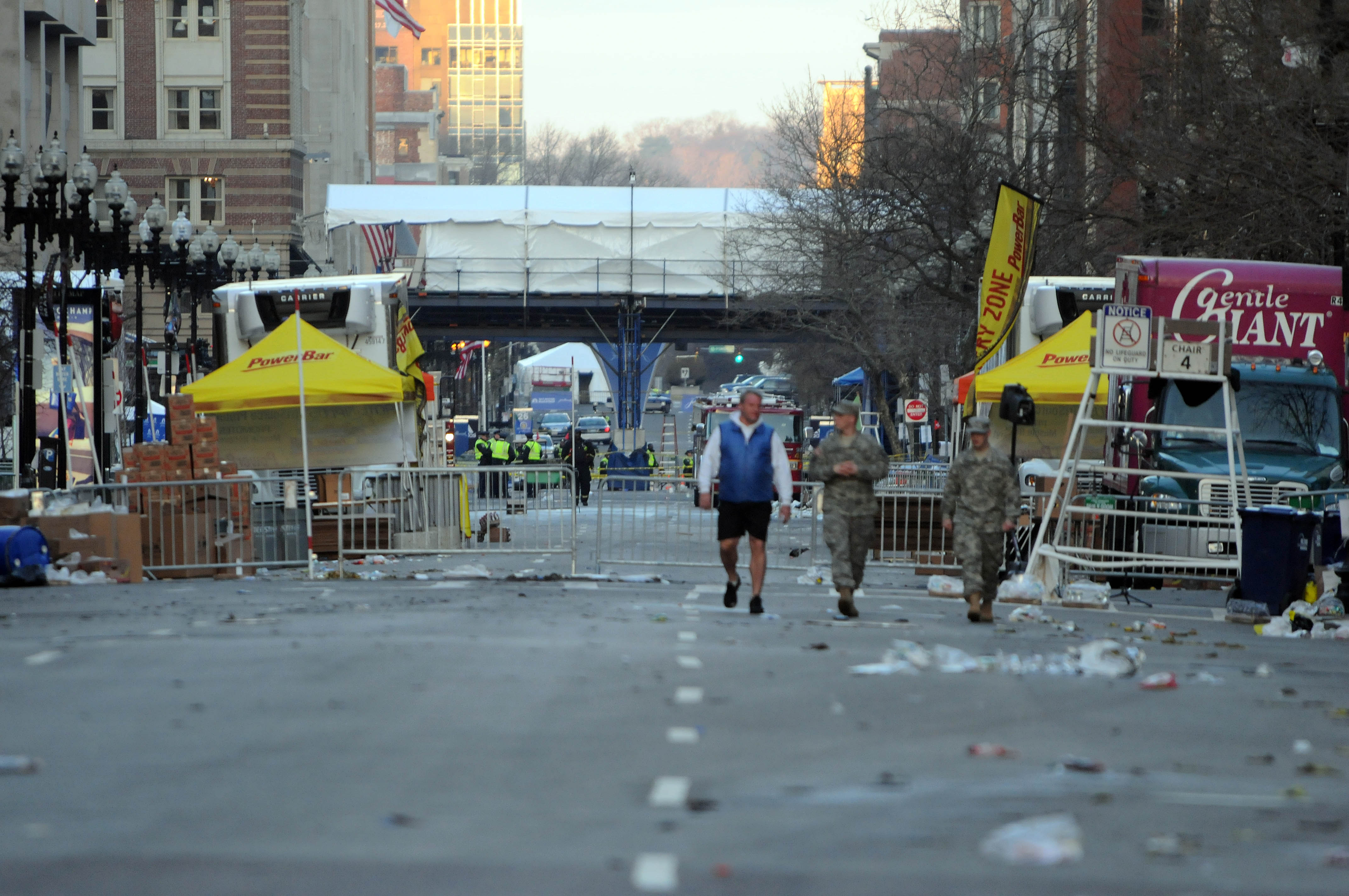 The office of President Mohamed Morsi expressed its condolences for Monday’s bombings in Boston, Massachusetts.

“The institution of the presidency condemns this criminal act, and it confirms its solidarity with the families of the victims and injured,” read the presidency’s statement.

The Freedom and Justice Party (FJP) also reacted to the bloodshed in the East United States city, saying it offered “heartfelt sympathies and solemn condolences to the American people and the families”.

“Islamic Shari’a, accepted by the FJP as a framework of reference, strongly condemns attacks on civilians and terrorising innocent people,” the statement continued.

The Al-Dostour Party also condemned the attack, saying any violent attack against innocent civilians was unacceptable under any terms.

Deputy Chairman of the FJP Essam El-Erian stated his belief that Monday’s bombings at the Boston Marathon were part of a greater conspiracy.

The parliamentarian attempted to draw parallels between the most recent tragedy in Boston with turmoil in Turkey, Syria, Somalia, and Mali.

“The events began with the sending of French battalions to Mali in a war against organisations saying they belong to Al-Qaeda,” said El-Erian in a statement posted on his official Facebook page on Tuesday morning.

He also discussed escalated violence in Syria, unrest in the Somali capital of Mogadishu, a falling out between the Turkish government and the Kurdistan Workers’ Party, and a recent wave of intense violence in Iraq.

“Who disturbed democratic transformations, despite the difficult transition from despotism, corruption, poverty, hatred, and intolerance to freedom, justice tolerance, development, human dignity, and social justice?” he asked in the post. “Who planted Islamophobia through research, the press, and the media? Who funded the violence?” he added.

Two bombs were detonated on Monday during the Boston Marathon, killing three and injuring at least 150. The perpetrators of the attack had not been announced as of Tuesday afternoon amid ongoing investigations.