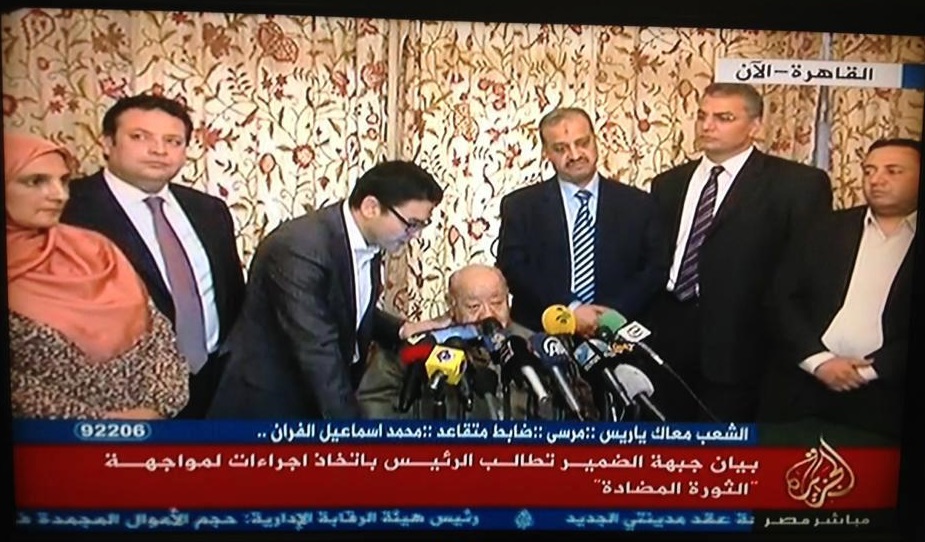 The Conscience Front called for the resignations of Minister of Information Salah Abdel Maqsoud and Minister of Justice Ahmed Mekki in a press conference, on Tuesday.

The coalition of political figures called  renewed their demand for “a change in government”, but emphasised the calls for the resignations of Mekki and Abdel Maqsoud, accusing them of being unable to “address threats to their respective institutions”, stating those ministries currently face threats of a “counter-revolution”.

The demand was one of six points by the front in a statement calling for state institutions’ protection of the revolution. They also called attention to the current issues facing the prosecution of members of the former regime, including ousted president Hosni Mubarak and members of the Ministry of the Interior.

It called on the judiciary to pursue investigations into complaints emphasising the rights of those who died during the country’s revolution.

The front said President Mohamed Morsi and the Shura Council are responsible for supporting legislation to “realise the goals of the revolution”.

The press statement also pointed to recent crackdowns on revolutionary groups, including the 6 April Youth Movement, and demanded the president and prosecutor general intervene in these cases of arbitrary arrest and unjust practices carried out by the Ministry of the Interior.

The Conscience Front also called on revolutionary forces to overcome differences and the president to create an atmosphere in which national reconciliation would be possible.

The Conscience Front was formed in February, and includes well-known Islamist figures such as the Muslim Brotherhood’s Mohamed Al-Beltagy, Essam Sultan and Mohamed Mahsoub of the Al-Wasat Party, Safwat Abdel Ghany of the Building and Development Party, and former Presidential Candidate Mohamed Selim Al-Awa.

When established, the front said it aimed to put an end to domestic bloodshed and political polarisation that has taken root in the country’s democratic transition.