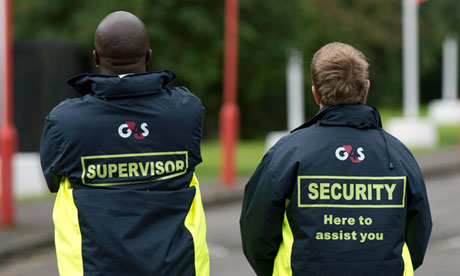 19 Non-Governmental Organisations from Egypt, Lebanon, Jordan and Palestine have called for a boycott of Security Company G4S because it provides security services to Israel.

The group of NGOs published a signed statement on Tuesday. The signatories of the statement called on Arab nations and the European Union to stop dealing with G4S due to its “involvement in the support system of the occupation and Israeli repression in the face of the Palestinian people”. They also point out that G4S supply Israeli prisons and equipment used at checkpoints in the West Bank.

G4S currently operates in Egypt, most notably on Cairo’s Metro. According to the company’s website G4S Egypt was established in 2001, is the only fully licenced security service provider in Egypt, and provides 5,000 jobs in eight branches across the country.