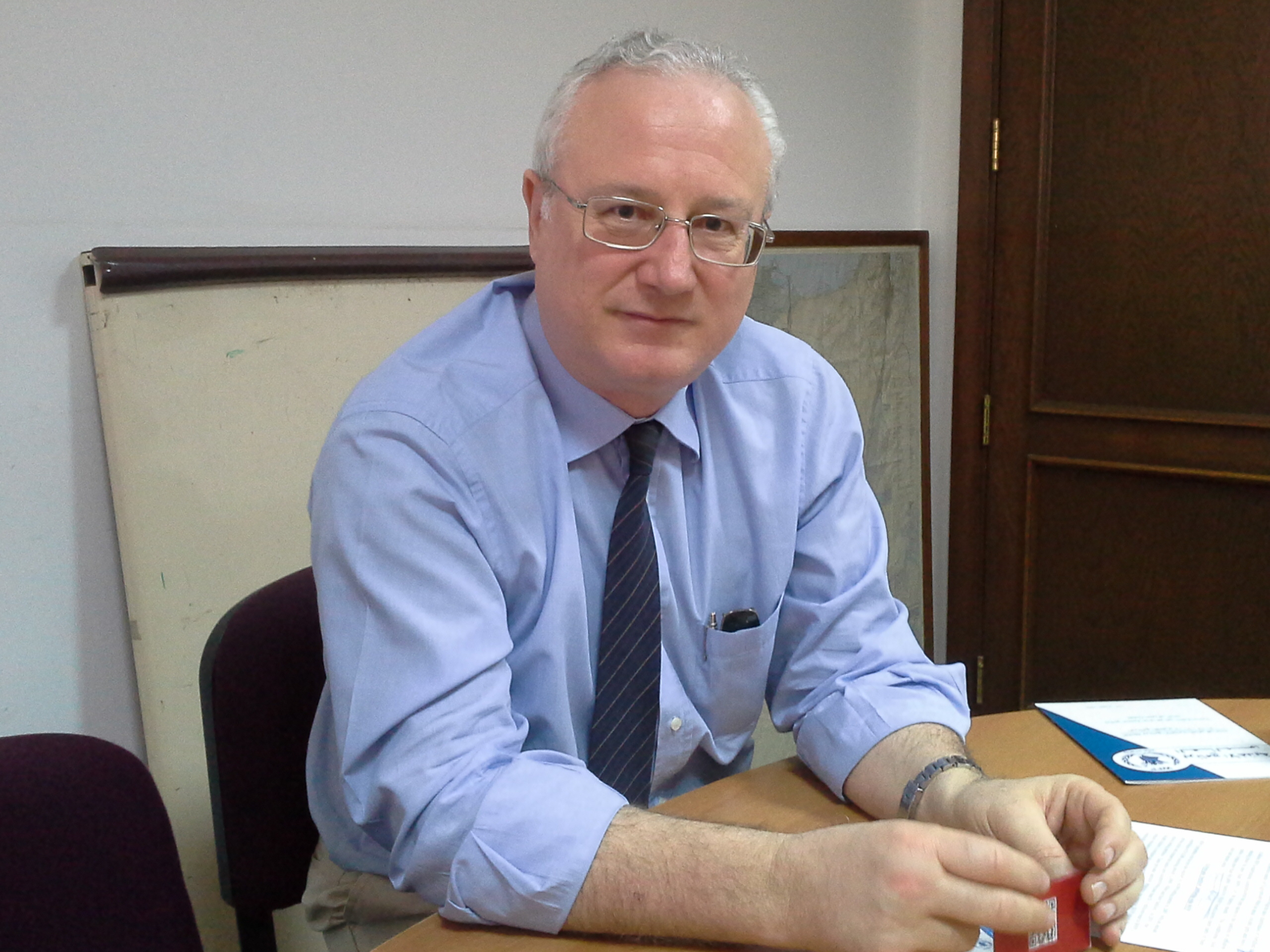 The World Food Programme (WFP) has assisted approximately 685,000 food-insecure people in Egypt between 2007 and 2012, at a cost of over $70m. The WFP strengthens government capacity to improve food and nutrition security for the most vulnerable regions, with the objective of reducing poverty, food insecurity and malnutrition in the country by improving the efficiency and cost-effectiveness of national food-based safety nets, namely food subsidies and national primary school meals programmes, as well as supporting the government in designing effective policies based on sustainable monitoring systems.

GianPietro Bordignon, the director of WFP in Egypt, spoke to Daily News Egypt about the organisation’s objectives and activities in the country.

Tell us about the WFP’s role in Egypt?

We work with our traditional partners such as the European Union and overseas development agencies to fund our programmes.

In doing this we follow a two-track approach: The first is the traditional work we do; the second is supporting development intervention through targeted food assistance. The assistance is directed at those groups who need it most.

For the first track, our assistance is mainly in-kind food provision. Recently we adopted a new tool for Syrian refugees in Egypt, including food vouchers that allow them to go to markets and choose the food items they want. We serve refugees communities in Cairo, Alexandria, Damietta and other cities, and we also help Syrian refugees in other countries such as Turkey and Lebanon.

We also provide food assistance in Upper Egypt and technical assistance to national institutions in two main areas: food security analysis and early warning systems. We cooperate with the Information and Decision Support Centre (IDSC) and the Central Agency for Public Mobilisation and Statistics (CAPMAS) on food security, food prices, inflation and the nutritional situation.

Our intervention started back in 2006 and 2007 with the bird flu crisis which affected poultry. The nutritional situation deteriorated between 2005 and 2008, and malnutrition increased by 20% during that period. We believe the impact was greater on the poorer strata of the population.

Throughout the financial crisis in 2009 and 2010 and the Arab Spring in 2011, economic conditions for the poorest Egyptians did not improve. The proportion of the population under the poverty line currently stands at 25%, with 20% of the population currently near the poverty line. The internal and external shocks [caused by these crises and events] have a detrimental effect on foreign investment and business levels.

We are keeping a close eye on the signals which if properly read can constitute an early warning system, we also work on improving the quality of subsidised food through micro-nutrients by adding Iron and folic acid and vitamins A and D to cooking oil and cereals. This is important for the development of Egypt because the budget of poor households is not sufficient to enable them to acquire the vitamins and minerals lacking in their diets.

The second track covers targeted assistance: school feeding, combating child labour and rural development. We work with very specific communities in Upper Egypt, and we use vulnerability analyses to identify the neediest [and best allocate] our limited reserves.

For school feeding we focus on informal education, especially in community schools and one-class schools that serve the poorest families. We provide date bars fortified with iron and vitamin A, in addition to rice rations of 10kg per month on condition that the students attend 80% of their classes. It works very well, and we now have 95% attendance levels.

We also try to get children out of the labour market; we bring children below the legal age to school and children above the legal age into apprenticeship. Our intervention starts from kindergarten and we have 500,000 beneficiaries in 10 governorates in Upper Egypt, Sinai and Sharqeya. We identify our target populations through vulnerability analyses. We coordinate with the Ministry of Education to apply this programme for regular primary schools.

We have other programmes to deal with the issue of climate change, and to build food security in southern Egypt, by producing a variety of both plants and animals that are more heat-resistant and need less water, we can achieve this through a better utilisation of the local varieties of seeds.

What we plan by 2017 is to increase the number of beneficiaries in these areas to 800,000 persons, to work more on children, pregnant mothers and climate change; we also aim to expand safety nets for food security and nutrition.

How can you measure the impact of your intervention?

Nutrition is too complex to be measured, but one of the impacts of the school feeding programme is that it keeps children in school even during the harvest season.

Having children with malnutrition results in a loss of productivity. It cost the African Union 2% of its GDP in 2009 and 2010, or $4bn.

How involved is the private sector in your work?

We’ve been working with the private sector since 2007, mainly through Corporate Social Responsibility projects. A number of companies contribute $1.8m a year, including Banque du Caire, Vodafone, Mercedes, CEMEX, PepsiCo, the National Bank of Egypt, and ASEC Cement.

We started a partnership with CEMEX in 2008, with the first phase lasting two years. It was then extended for another three years. This shows the trust given by CEMEX to the programme; they are active in Assiut and cover 800 children in 34 schools per year, in addition to their families.

Our private sector partners provide 20% of the school feeding budget, so there’s a lot of potential here. It can increase to 50%, or between $5m or $6m per year, which can be invested in progress that goes directly to the poorest communities.

The private sector support for these programmes is directed towards the neediest, helping to ease social friction. They know what they’re doing, and they follow up and travel to the beneficiaries to guarantee the proper use of their money.

What about international partners?

We cooperate with our international partners such as the governments of Germany and Italy for the school feeding programme and for social safety nets. Germany gave $26m in different stages, and Italy gave EGP 54.3m. These are investments in the country’s potential, investments that can produce high returns.